Energy, environment in play as races near the finish 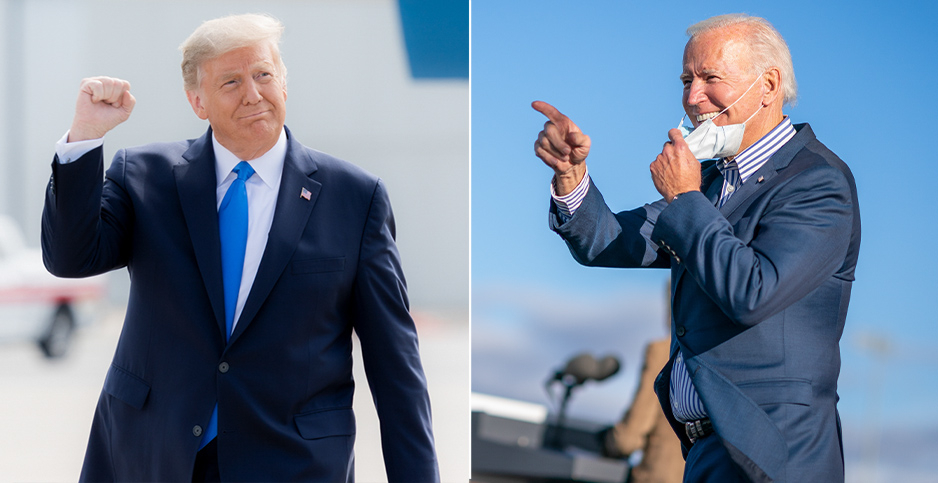 The 2020 presidential race between Trump and Joe Biden, the Democratic former vice president, is a referendum on many issues, including the president’s character and his handling of the COVID-19 pandemic that has thrown the world into disarray, killed more than 230,000 Americans and crashed the economy.

But climate change, energy and the environment are playing into the race to a degree never before seen, thanks to factors like increasing awareness of the dire consequences of global warming, Trump’s aggressive rollbacks of environmental policies and the economic stimulus Biden promises, including $2 trillion on infrastructure and clean energy.

The League of Conservation Voters Victory Fund says the group and its affiliates have invested $115 million in this year’s races, including more than $22 million in the presidential contest.

Overall, the Center for Responsive Politics said the elections were costing an unprecedented $14 billion, with presidential spending at more than $6.6 billion. That’s counting spending by the candidates and groups playing a role, including super political action committees, which can raise and spend unlimited amounts of money.

And because of the early and mail-in voting, some states likely won’t be able to report final vote tallies, or results could swing in different directions as votes are counted.

"When you say climate change, [Trump] thinks ‘hoax.’ And that ‘stable genius,’ as he calls himself, continues to say wind power causes cancer," he said. "It creates jobs. Iowa jobs. Jobs across America. You understand here in Iowa, you’ve already created thousands of good-paying jobs because of your dominance in wind energy."

But in the closing arguments of his campaign, Trump has instead focused on his environmental rollbacks and the growth of fossil fuel development, and promised more fracking if he’s reelected.

"Biden has vowed to abolish the entire U.S. energy industry, right? No fracking. Guy went for a year and a half, ‘no fracking, no fracking.’ Then he goes to Pennsylvania, ‘Of course we’re going to frack,’" Trump said in Michigan on Friday. "No energy."

Trump continued, boasting about low gasoline prices: "While I’m president, America will proudly remain energy independent. You know, we’re independent now. We don’t need to be going all over the world."

He signed memorandum tasking the Department of Energy and other agencies with reviewing the economic importance of fracking and reporting on the impact of banning the practice nationwide — something he has long claimed Biden would do if elected, even though it is not within the president’s power.

"So in other words, if one of these maniacs come along and they say, ‘We’re going to end fracking, we’re going to destroy the Commonwealth of Pennsylvania,’ you can say, ‘Sorry about that’ … let’s just say they’re going to have a long fight," Trump said.

He wasn’t the top choice of progressive organizations like the Sunrise Movement, but they succeeded in getting him to back left-wing priorities.

He’s also pledged that 40% of the benefits of his program would go to communities of color, the most significant environmental justice program to date.

"This effort to elect Joe Biden is built on a solid plan, a solid, achievable plan, that is comprehensive, that is robust, that is appropriately ambitious to the moment," Washington Gov. Jay Inslee (D), another former primary rival of Biden’s who now supports him, said last week at an event organized by Clean Energy for Biden.

Trump, meanwhile, has promised to double down on rolling back regulations, cutting taxes and boosting fossil fuels if he’s reelected.

Trump has focused heavily in recent days on Biden’s statement in their Oct. 22 debate that he would "transition" the nation away from oil.

Biden’s allies say a transition away from fossil fuels is popular, and voters agree with Biden. But Trump is using it to paint Biden as an extremist.

He said at a Florida event that Biden’s remarks are "perhaps the most shocking admission ever made during a debate."

"Joe Biden confirmed his plan to abolish the entire U.S. oil industry. That means no fracking, no jobs, no energy for Pennsylvania families, Texas, all the other people," Trump said at a Pennsylvania rally. "Biden’s plan is an economic death sentence for Pennsylvania’s energy sector."

Pennsylvania is a key swing state and Biden’s home state, but it went for Trump in 2016. Trump argues that Biden would be a death blow to the fracking-fueled economic boom the Keystone State has seen over the last decade.

Democrats control 45 of the Senate’s 100 seats, plus two independents who caucus with them. But they’re likely to pick up a handful of seats, potentially netting enough to take the chamber’s majority (see related story).