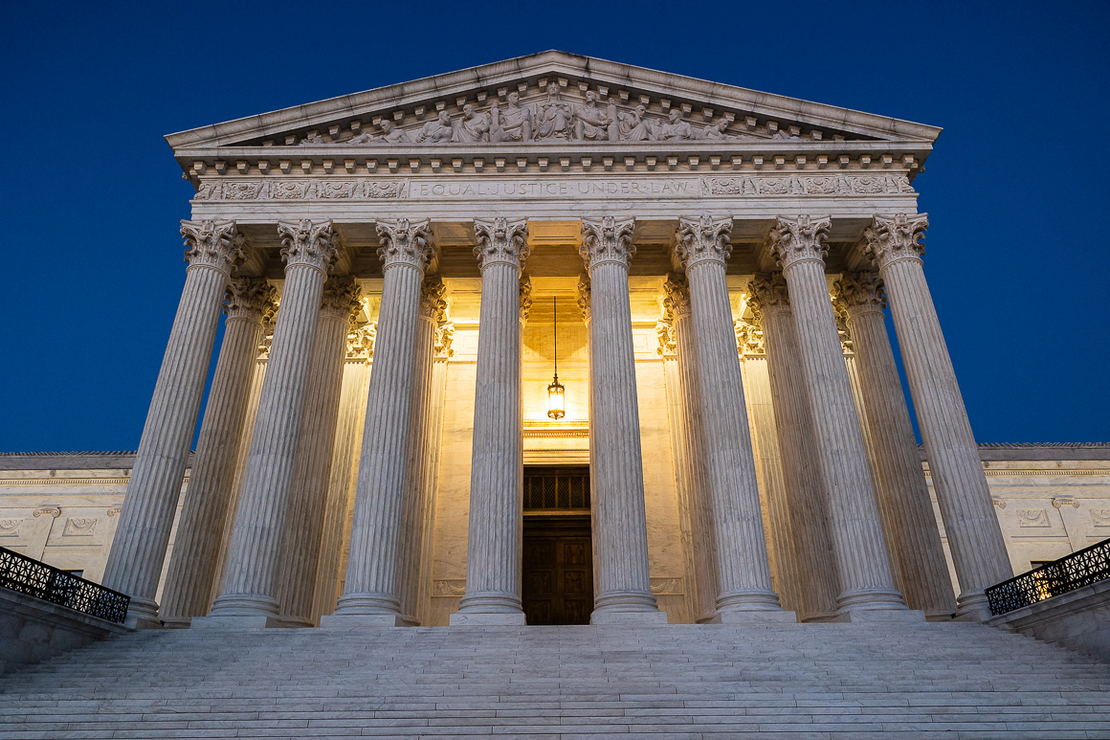 Legal experts say the Friday order is a clear example of the influence of the Supreme Court’s 6-3 conservative majority — an impact that some groups have urged the Biden administration to address through court expansion and other strategies.

“If you are a climate change hawk and don’t yet support Court reform, now would be the time,” tweeted Brian Fallon, executive director of the progressive advocacy group Demand Justice, on Friday.

In a short order issued Friday, the Supreme Court announced that it would hear a consolidated case from red states and coal companies challenging a federal appeals court ruling this year that struck down a Trump-era rule that gutted the Obama administration’s Clean Power Plan.

The decision was a stunning departure from the justices’ typical approach. They picked up the case — one of only about 80 that the court takes each year — even though the Biden administration is in the process of drafting brand-new regulations to address carbon emissions from coal-fired power plants.

The Supreme Court’s ruling, which is expected by next summer, could hamper the Biden administration’s efforts (Energywire, Nov. 1).

Biden’s EPA had urged the Supreme Court not to grant the case. Such requests from the federal government traditionally receive special consideration from the justices.

The court was scheduled to discuss the petitions from red states and coal companies during its Sept. 27 conference, the first time the justices met this term to talk about new cases. The justices typically announce whether they plan to accept or reject a case shortly after a petition is distributed for conference.

But through a process known as “relisting,” the court sometimes punts its decision, as it did for several weeks with the EPA climate case.

“The fact that it took three conferences to reach a decision tells me there was vigorous debate, and Trump justices made the difference,” said Vermont Law School professor Pat Parenteau.

The Supreme Court has come under scrutiny in recent years after former President Trump had the opportunity to nominate three of the six conservative justices currently sitting on the bench: Neil Gorsuch, Brett Kavanaugh and Amy Coney Barrett.

Trump had the chance to nominate Gorsuch in 2017 after Senate Republican leaders blocked former President Obama from appointing a justice during an election year. When Justice Ruth Bader Ginsburg died just as the 2020 election was getting underway, the same leaders moved quickly to confirm Barrett as her replacement, saying they could do so because the White House and Senate were then held by the same political party.

The maneuver raised the ire of Democrats, who called on Biden and Congress to consider adding extra justices to the court and introducing term limits on the lifetime appointments, among other strategies.

Some groups have also called on Justice Stephen Breyer, the court’s oldest member, to retire while Biden is in office to ensure that a Democrat has a chance to choose his replacement. Ginsburg faced similar calls while Obama was president.

At the start of his presidency, Biden convened a bipartisan commission to explore options for reform, but many observers are skeptical that the move will lead to meaningful change (Greenwire, April 9).

Legal experts noted when Ginsburg died that the court’s liberal wing would need at least two conservative allies to secure a victory in a case. But because it takes the vote of four justices to even agree to hear a dispute, the liberals also need buy-in from a conservative justice simply to get a case on the court’s docket.

The conservative wing needs no such assistance.

“If we had the court that existed five years ago, they wouldn’t have taken the case,” said Jeff Holmstead, a partner at the law and lobbying firm Bracewell LLP.

Legal brawls over EPA climate regulations have broken the mold in the courts before.

In the lead-up to a high-stakes battle over the Obama-era Clean Power Plan in the U.S. Court of Appeals for the District of Columbia Circuit, the Supreme Court made the unprecedented move to freeze the rule while the litigation played out.

The justices’ decision, made in 2016, is among the first examples of the Supreme Court affecting a major policy change through its “shadow docket” — a term coined by a legal scholar to describe the collection of traditionally mundane orders in which the justices have recently flexed their muscles against environmentalists and other liberal interests (Greenwire, Aug. 24).

Because of the Supreme Court’s 2016 order, the Clean Power Plan never went into effect. The D.C. Circuit never reached a final ruling on the regulation.

Instead, it was gutted by the Trump administration’s Affordable Clean Energy rule in 2019, a regulation the D.C. Circuit struck down earlier this year, leading red states and coal companies to bring the issue back to the Supreme Court.

While Biden administration officials probably had not expected the D.C. Circuit to have the final word on EPA’s carbon rule, they likely expected to have the chance to at least write their own regulation before facing the justices’ scrutiny, said Holmstead, who served as EPA’s air chief during the George W. Bush administration.

“We’ve never had a case like this,” he said.

Robert Percival, director of the environmental law program at the University of Maryland, said there was “such hypocrisy” in the red states and coal companies’ request for the Supreme Court to step in before the Biden administration regulates.

When Trump took office, conservative interests urged the D.C. Circuit not to issue a ruling and to instead wait for EPA to revise the regulation. The court agreed.

“Now that the new administration is friendly to the environment,” Percival said, red states and coal companies are "telling the Supreme Court, ‘You must intervene.’”