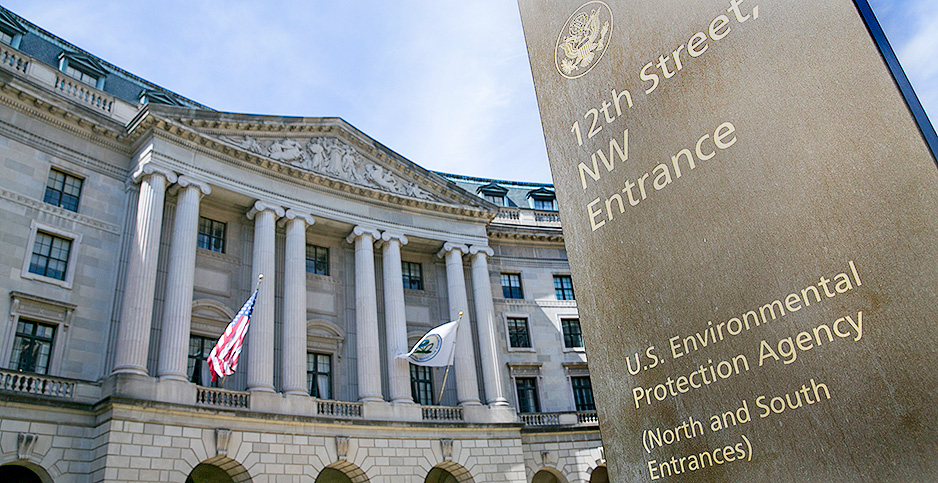 The move, critics say, is part of a broader Trump administration effort to downplay science that could lead to stricter regulations on polluting industries.

At issue are 13 Children’s Environmental Health and Disease Prevention Research Centers located at institutions across the country, from UCLA to Dartmouth College in New Hampshire.

Jointly funded by EPA and the Department of Health and Human Services’ National Institute of Environmental Health Sciences (NIEHS) for more than two decades, the children’s centers study everything from childhood leukemia to the development of autism spectrum disorders. Grants to those centers have long been considered unique in the public health world for including funding for both research and public outreach.

Children’s health advocates have been worried about the loss of EPA support for the centers since at least 2017. That December, the agency’s Children’s Health Protection Advisory Committee urged then-Administrator Scott Pruitt to continue financially supporting the centers.

They are "a successful and effective model of multidisciplinary, community-oriented investigations," committee Chairwoman Barbara Morrissey wrote in a letter. "The network of collaborating Children’s Centers advances the field of children’s environmental health more profoundly and significantly than what can be accomplished with individual studies."

Four months later, Pruitt sent a brief reply that made no mention of future funding.

"I acknowledge the strong recommendation to continue financial support of the centers," he wrote. "We will honor our existing funding commitments to the centers."

More recently, a federal lead action plan from EPA and a number of government agencies described the research centers as "important resources."

"In addition to conducting scientific studies on environmental health issues, each Children’s Center collaborates with various community partners and organizations to inform, advance and disseminate information for public health protection," the plan said.

That existing funding, however, is set to run out for many of the centers at the end of the current fiscal year — leaving many programs scrambling to make up for the shortfall.

Her center is going to do its best to "stretch out" funding for as long as possible and is also working to apply for other grants from the National Institutes of Health to continue research.

But grants for public outreach about the research are harder to find, she said.

"We have researchers doing very sophisticated and analytical research looking at what is happening with the health of women and children when they are pregnant, but we need to communicate that with the Atlanta community," she said. "That’s what would go away, because it was a very unique contribution of the centers and how they were previously funded."

NIEHS has publicized plans to fund five grants for new "Children’s Environmental Health Translational Centers," to help communicate scientific findings to the public. If NIEHS decides to move forward, that funding would start in 2020.

NIEHS didn’t respond to questions about whether the translation centers were meant to replace or supplement the current research centers, or what role EPA would have — if any — in funding the centers.

In a statement, NIEHS Health Scientist Administrator Kimberly Gray said only that the concept "capitalizes on the strong base of Children’s Environmental Health research and opportunities supported by NIEHS and creates a new center program to accelerate dissemination and implementation more broadly to individuals and communities, as well as a strong focus on public health or other impacts."

When EPA’s decision to end support for the children’s health research was first reported last week by Nature, Gray warned that NIEHS cannot maintain the research centers without financial help from its longtime partner agency. At this point, she said, NIEHS is trying to maximize the impact of centers’ completed research by funding outreach.

Although EPA didn’t respond to several requests for comment from the scientific news publication, an agency spokesperson told E&E News on Friday that it "is currently working with NIEHS partners to plan the next solicitation for children’s centers, but the agency is unable to make any financial commitments as any new centers would be funded with future appropriations."

But any money that EPA and Congress could provide at this point could be too late to matter for some research programs, according to Tracey Woodruff, the director of the University of California, San Francisco’s Pregnancy Exposures to Environmental Chemicals Children’s Center.

"Essentially if EPA is going to continue funding the program, they would have to have already put out the [request for applications] as the funding process can take up to two years with RFA, grant writing, review and funding decisions," she said in an email. "As it stands, there is no similar funding lined up for after our current Children’s Center grant finishes at the end of the month."

For UC San Francisco, the likely funding gap means "we will not be able to continue some of our research that focuses on maternal and fetal exposures and how chemicals can influence placenta development — and some of these studies have been ongoing for more than five years, because this type of research takes time and resources," she said.

"It is like making a building," Woodruff added. "There is planning, foundation development and then building, and then ongoing maintenance. If you interrupt the process or don’t maintain it — it falls apart."

Lawmakers, who have previously rejected EPA’s attempts to cut science grants, are discussing how to best protect the at-risk research.

We are "examining ways we can specifically protect these children’s research centers, and should have more information on that in the coming days," said a Capitol Hill Democratic aide.

The potential funding shortfall has caught some advocates off guard, according to Morrissey, the Children’s Health Protection Advisory Committee chairwoman.

EPA Chief Financial Officer Holly Greaves gave a presentation to the committee two weeks ago during its biannual meeting in Washington, D.C. But Greaves didn’t mention any issues with funding to the research centers, Morrissey said.

"It made me wonder if they would have sent us their CFO if the lack of funding for the research centers was public," Morrissey said.

Greaves’ presentation did include a list of things EPA is doing to help protect kids’ health, including a new grant program for clean diesel school buses and the creation of a federal lead action plan this winter.

While those programs are beneficial, the centers "are fundamental to our ability to protect children," Morrissey said. "If we don’t know how children are vulnerable, we cannot protect them."

Right now, NIEHS’s planned grants for "translation centers" would fund fewer than half the existing centers.

That presents research centers with a devastating choice about which studies communities most need to hear about, said Emory’s McCauley.

"I just can’t imagine being an African American woman and not understanding why my baby is at risk and how to protect myself, so I’m hopeful we’ll get funding. But all the centers are doing work that is just as critical," she said. "How do you say, ‘These five things are more important’?"

Ending grants for children’s centers is one of several moves the Trump EPA has taken to undercut research. In rejecting a proposed ban on the neurotoxic pesticide chlorpyrifos, for instance, EPA mirrored arguments made by the pesticide industry to raise concerns about peer-reviewed research it had funded by Columbia University’s Center for Children’s Environmental Health (Greenwire, Aug. 23, 2018).

EPA didn’t respond to questions about how its allies in industry could benefit. But Administrator Andrew Wheeler, who lobbied for fossil fuel companies before joining the administration, said earlier this year that "protecting children’s health is a top priority for EPA."

Wheeler was speaking about EPA’s budget proposal. It would direct $50 million toward "healthy schools" grants that aim to reduce pests, asthma triggers and exposure to lead in schools, but also would slash nearly $220.6 million from four research programs that work on toxic chemicals in drinking water (E&E News PM, March 18).