EPA forges ahead on power plant rule amid legal showdown 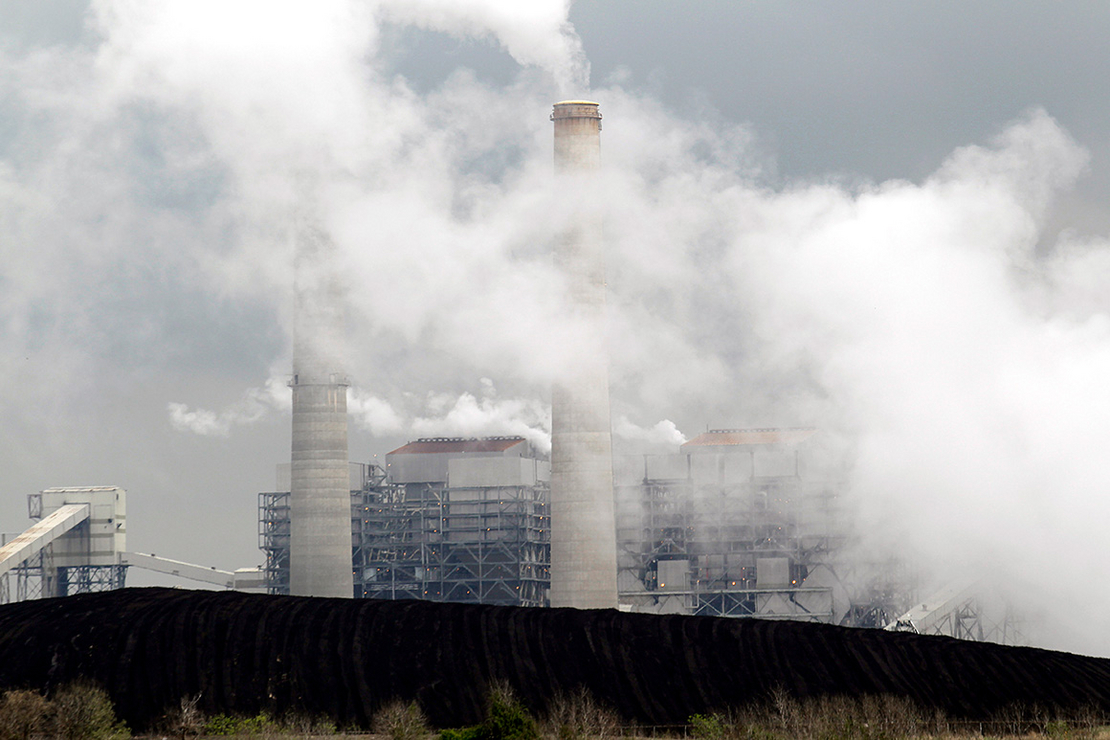 EPA said it is still working on new power plant carbon rules, despite a move by the Supreme Court last week that could have repercussions for the kind of regulation that would ultimately pass legal muster.

Administrator Michael Regan said yesterday that EPA would “continue to move forward” with regulations to limit carbon emissions from coal-fired power plants, even as the justices consider the scope of authority the agency has under the Clean Air Act to promulgate such rules.

"EPA will continue to move forward and use its statutory authority to be sure that we protect the public from harmful pollution, greenhouse gas pollution and pollution that contributes to the degradation of air quality," Regan said.

In an order issued Friday, the Supreme Court agreed to hear a consolidated challenge from coal companies and Republican-led states to a federal appeals court ruling that struck down the Trump administration’s gutting of the Obama-era Clean Power Plan.

The Obama rule, which took a "systemwide" approach to curbing emissions, is now defunct, and Regan and other Biden administration officials have long signaled they have no plans to reinstate it.

Regan said during his Senate confirmation hearing earlier this year that EPA would learn from its experiences with past rulemakings when crafting new standards for the power sector — signaling that the Biden rule would differ not only from the lax Trump-era rule, but also from the Clean Power Plan.

The Supreme Court’s decision to weigh in on the scope of EPA’s climate authority now is a departure from its usual approach of waiting for an agency to hand down a regulation before deciding if it is legal (Greenwire, Nov. 1).

Legal experts said they expected EPA to hold off on rulemaking until the court issues its ruling, which could come next summer. West Virginia v. EPA is the lead case in the consolidated Supreme Court action.

EPA is still likely to hold off on any formal action before the Supreme Court reaches its decision, said Jeff Holmstead, a partner at the law and lobbying firm Bracewell LLP.

Regan didn’t "say that EPA will move forward with a rule specifically to regulate carbon emissions from power plants," wrote Holmstead, who served as EPA air chief during the George W. Bush administration, in an email.

"There are other upcoming rules for conventional pollutants that may indirectly reduce carbon emissions, and I’m sure that EPA is moving forward with those," he continued, "but I would be very surprised if we see even a proposed rule to regulate carbon emissions from power plants until we get a ruling from the Supreme Court."

The Obama-era Clean Power Plan took an expansive view of legal authority granted to EPA under the Clean Air Act, seeking “systemwide” emissions reductions throughout the U.S. power grid through incentives for renewables and opportunities to trade credits.

EPA’s Affordable Clean Energy rule, which was issued during the Trump administration, drastically narrowed the Clean Power Plan’s requirements. The U.S. Court of Appeals for the District of Columbia Circuit struck down the Trump rule one day before President Biden took office, handing the new administration a clean slate for writing its regulation.

Joseph Goffman — acting head of EPA’s air office, which is responsible for writing the rule — said before he joined the Biden transition team that the government needed to write a rule that achieved significant emissions reductions via a more conservative reading of EPA’s legal authority that stayed inside the fence line of a power plant.

EPA’s authority to regulate power plant carbon is not at stake even if the Supreme Court sides with red states and coal companies challenging the Obama-era rule, said David Doniger, an attorney with the Natural Resources Defense Council.

The court declined to hear an argument that EPA can’t regulate greenhouse gases from the power sector because it’s already regulating it for mercury. And reversing an earlier Supreme Court decision that EPA had authority to regulate power plant CO2 under the Clean Air Act would open the industry again to lawsuits under common law — an outcome the courts and industry itself would want to avoid.

The court might not back the Obama-era architecture allowing utilities to comply by trading credits, Doniger said.

“If I were putting myself in the shoes of Supreme Court justices, what would potentially offend me would be the idea that the rule was forcing the coal companies to subsidize their competitors who are running them out of business,” he said.

But that doesn’t preclude EPA regulating new and existing power plants — or even requiring significant reductions via on-site co-firing or carbon capture and storage.

John Coequyt, director of U.S. climate policy at the Rocky Mountain Institute, noted that EPA rules for other air and water pollutants would have significant climate co-benefits.

Coal-fired power plants “have been treated with kid gloves by EPA for a very, very long time," he said.

“They’ve never been required to install truly modern pollution control equipment,” he said. “If they have to do that, going forward, even just for one or two pollutants, it will make a tremendous difference in their economic viability.”