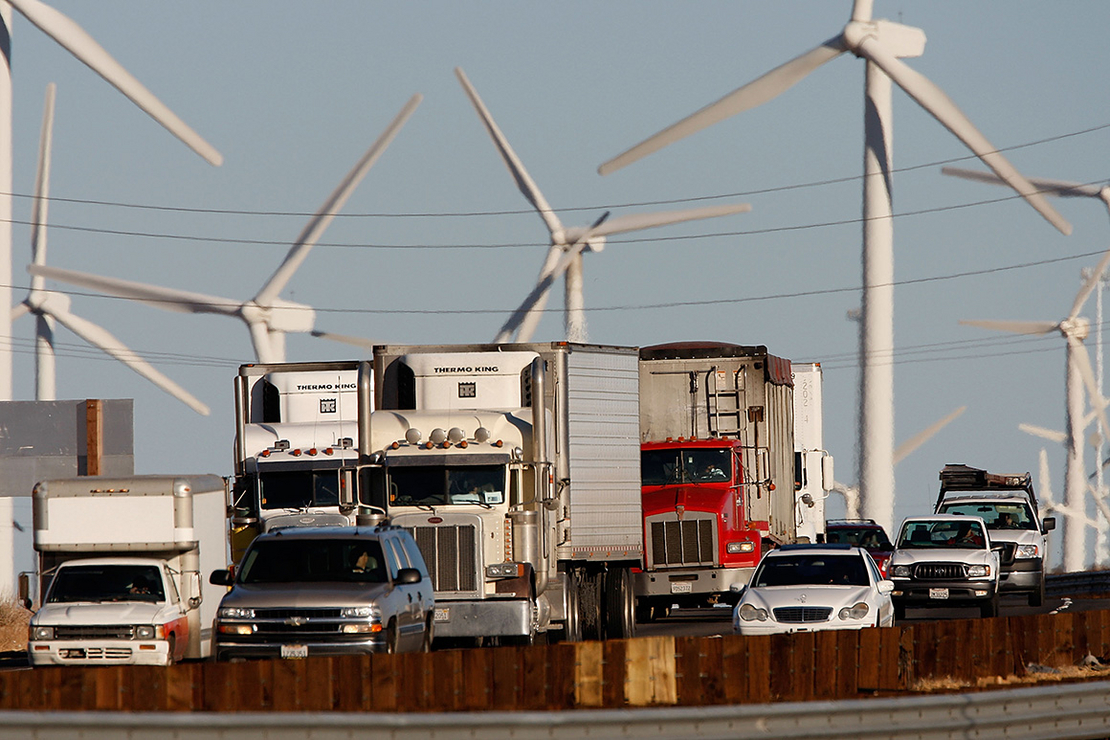 EPA is considering partially denying a waiver to California under the Clean Air Act for two heavy-duty truck regulations, according to a person familiar with deliberations.

“EPA is absolutely wavering on this,” the source said.

The Clean Air Act allows California to set stricter emissions limits than those of the federal government, but the Golden State must still apply for a waiver from EPA. While EPA revoked California’s waiver under former President Donald Trump, a waiver denial under a Democratic administration would be unprecedented.

The move would void the first few years of the truck regulations, creating major implications for California’s climate goals. It would also affect other states that have adopted California’s stricter emissions limits and zero-emission targets for heavy-duty trucks.

One of the regulations that would be affected is California’s Heavy-Duty Omnibus rule, which aims to curb nitrogen oxide emissions from new diesel trucks by 90 percent starting in model year 2027. Oregon and Massachusetts have adopted California’s rule, and implementation is slated for as soon as 2025.

The second regulation is the Advanced Clean Trucks rule, which requires a percentage of new trucks to be zero emission. Five other states have adopted the regulation: Oregon, Washington, New York, New Jersey and Massachusetts. Maine, Colorado, Connecticut, Maryland and Vermont have signaled their intention to adopt the rule as well.

In response to a request for comment, an EPA spokesperson said the agency is holding a virtual public hearing later this month so the public can weigh in on California’s waiver requests. The public comment period will remain open until Aug. 2.

The Truck and Engine Manufacturers Association recently sued California in federal court in an effort to stop its implementation of the Heavy-Duty Omnibus rule. The trade association claims the rule violated the Clean Air Act because it does not provide four years of lead time before implementation.

EPA is weighing its own federal regulation to rein in toxic air pollution, which critics say does not go far enough to address the problem.

While heavy-duty trucks make up a fraction of the country’s vehicle fleet, they spew a disproportionate amount of pollution and greenhouse gases.