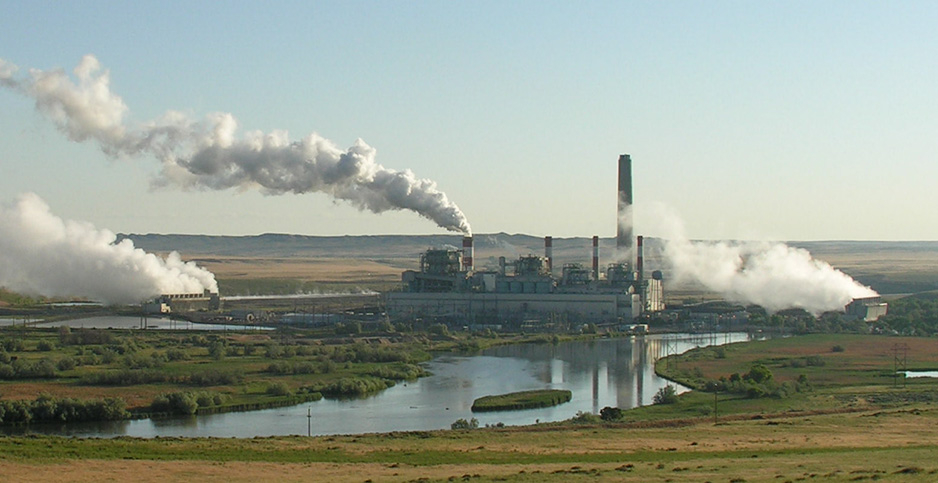 One proposal deals with how power plants handle their wastewater, which can contain highly toxic chemicals like mercury, arsenic, nitrogen and selenium.

The proposal rolls back 2015 standards that represented the first time in more than 30 years the federal government had acted to curb the toxics and other pollutants that power plants release into nearby waterways.

The other would give companies until 2028 in some circumstances to begin closing hundreds of ponds storing coal ash, which can leak contaminants into nearby waterways. Full closure could take years longer.

EPA Administrator Andrew Wheeler celebrated the dual proposals in a statement, saying they will "provide more certainty to the American public."

"These proposed revisions support the Trump Administration’s commitment to responsible, reasonable regulations by taking a commonsense approach, which also protects public health and the environment," he added.

Coal-producing states and the coal industry are cheering the new rules.

"We applaud the Trump EPA’s latest efforts to protect coal mining and the livelihoods of those who depend on its success in West Virginia," state Attorney General Patrick Morrisey (R) said.

Environmentalists are slamming the proposals as rollbacks that will harm the 6 million people who live within 3 miles of coal-fired power plants.

"This administration will stop at nothing to save the coal industry a few bucks," said Abel Russ, senior attorney for the Environmental Integrity Project.

Compared with the 2015 rule, today’s wastewater proposal, known as the Effluent Limitation Guidelines (ELGs), would allow significant increases of selenium entering waterways in wastewater that has been used to clean power plants’ air filters.

Betsy Southerland, a former staffer in EPA’s Office of Water who helped write the 2015 rule, said the increased selenium levels are extremely concerning because selenium — which can cause respiratory effects and cancer in humans — bioaccumulates as it moves up the food chain.

"These high allowable discharges will have a long-lasting impact on the fisheries and waterfowl downstream of these plants," she said.

What’s more, the proposal includes many loopholes, allowing a large number of power plants to be exempted from even the higher selenium limits.

The Obama-era rule required power plants to treat their wastewater in two ways. Citing lower compliance costs, the Trump rule would allow power plants to use a shorter biological treatment process, which would result in the higher selenium levels.

But many plants have been exempted from using the biological treatment process at all, allowing their mercury, arsenic and nitrogen levels to increase significantly.

Power plants with "high flows" of wastewater and coal power plants that are used only during peak power demand are exempted from the biological treatment requirement entirely.

The rule gives power plants until the end of 2025 to comply with the new rules but also says EPA would establish a voluntary incentive program whereby power plants would have until 2028 to comply if they decide to include more biological treatment.

The Trump rule also makes changes to new requirements the Obama administration set on water used to flush plants of waste left over when coal is burned, known as bottom ash.

Industry practice had been to use massive amounts of water to flush the bottom ash out of plants and into coal ash pits.

The Obama administration sought to change that by requiring all power plants to dispose of the ash while continuously recycling the process water, and not discharging any of it, because it can be highly toxic.

The Trump EPA proposal would allow 10% of the process water to be discharged daily.

That rollback also includes an exemption: Plants that are retiring by 2028 do not have to treat their wastewater or dry dispose of their bottom ash.

The Trump rule comes despite a spring court decision in which the 5th U.S. Circuit Court of Appeals sided with environmentalists in finding that the Obama-era ELG rule did not use the best available technology and needed to be more stringent (E&E News PM, April 12).

The Trump proposal mentions the decision only to say it will address the ruling in a subsequent action.

While environmental groups are saying the administration is putting coal company profits above human health, the proposal this morning says its "relaxation" will save about $175 million in pretax compliance costs and $137 million annually in social costs.

Under a related draft rule also released this morning, EPA would set an August 2020 deadline for power producers to stop shipping coal ash waste to storage ponds that lack liners to prevent leaks and either retrofit them or begin closure.

But the proposal contains exceptions that could push back that deadline by as much as eight years. It is intended to address a federal court decision last year that found the existing Obama-era regulations on coal ash disposal were unlawfully weak because they permitted the indefinite operation of unlined ponds as long as there was no evidence of unsafe groundwater contamination.

There are hundreds of such ponds around the U.S., according to EPA numbers cited in the decision by the U.S. Court of Appeals for the District of Columbia Circuit (Greenwire, Aug. 29, 2018).

While EPA now expects that many operators would be able to meet the proposed August 2020 deadline to halt receipt of new waste, the proposal contains a three-month extension until November 2020 that would be granted almost automatically on the assumption that factors like "extreme weather" could temporarily get in the way of developing other means for coal ash storage.

But on a case-by-case basis, utilities could also seek to keep operating unlined ponds until as late as 2023 if they show to regulators’ satisfaction that they need more time to develop an alternative.

And companies with storage ponds larger than 40 acres could get a reprieve until October 2028 if they were shutting down at least some of their coal-fired generation at those sites, the proposal indicates. After that, actual completion of closure could take as much as 10 years, or until 2038, Lisa Evans, an Earthjustice attorney, said in an email.

Coal ash is one of the nation’s largest waste streams. Under the first-ever federal regulations issued by the Obama EPA in 2015, coal ash is officially classified as nonhazardous waste, but the agency acknowledged that it could contain mercury, arsenic and other toxins at "levels of concerns." Groundwater monitoring has since shown widespread contamination around power plant sites.

But Jim Roewer, executive director of the Utility Solid Waste Activities Group, said his members are already striving to begin closure of unlined ponds that do not meet regulatory requirements.

"We thank EPA for recognizing the technical challenges of meeting the deadline," Roewer said in a separate statement, "and for including in the proposal mechanisms for site-specific deadline extensions for facilities that are waiting on their alternative disposal units to become operational."