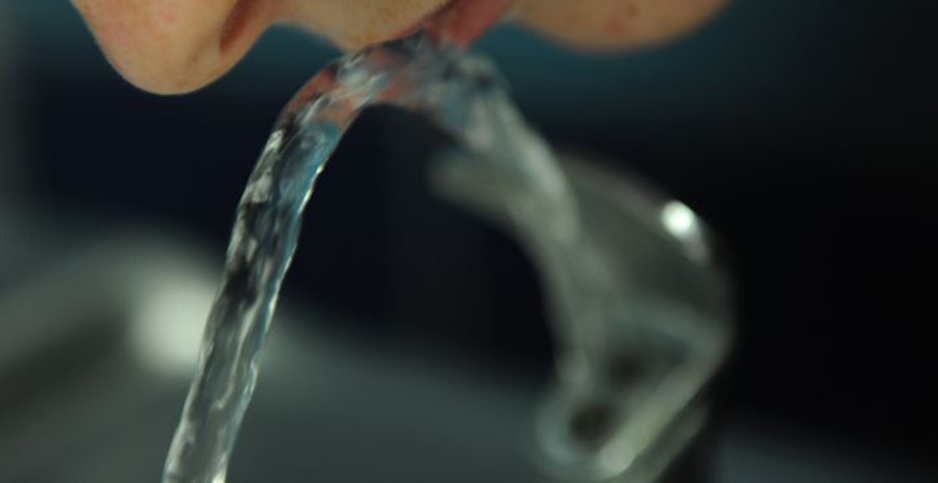 Public health advocates familiar with the recent history of drinking water regulations were disappointed by reports last week that EPA would not set a legal limit for toxic nonstick and firefighting chemicals found in drinking water.

But they weren’t surprised.

EPA hasn’t regulated any new contaminants in drinking water since 1996, when Congress passed the most recent amendments to the Safe Drinking Water Act.

Erik Olson, who leads the Natural Resources Defense Council’s public health program, described the PFAS news as the latest "poster child for how broken the law really is."

EPA did not respond to requests for comment on this article but has pushed back against reports that it does not plan to set a legal limit for two types of per- and polyfluoroalkyl substances, or PFAS — perfluorooctanoic acid (PFOA) and perfluorooctanesulfonic acid (PFOS) — in drinking water. The agency says it has not finalized or publicly issued its management plan and is "moving forward using its authorities under the Safe Drinking Water Act" (E&E Daily, Feb. 5).

But the Trump administration has often come under fire for its handling of the contaminants, including reports last year that EPA political appointees had blocked release of a PFAS study by the Department of Health and Human Services’ Agency for Toxic Substances and Disease Registry.

A White House official was concerned about the study, calling it a "potential public relations nightmare," according to emails obtained by the Union of Concerned Scientists. The official said the study would show that low levels of PFOS and PFOA are harmful (E&E Daily, May 21, 2018).

Ronnie Levin, a former EPA staffer who now manages the water and health program at Harvard University’s T.H. Chan School of Public Health, has been a frequent critic of the Trump administration. Still, she says the recent PFAS controversy is not unique.

"I don’t want anything to take away from how bad I think the Trump administration is on public health," she said. "But while this is not the finest hour for EPA, EPA was always bad on drinking water."

Most of the nation’s drinking water standards were set between 1986 and 1996. During that time, federal law required EPA to issue regulations for 83 contaminants by 1989 and for 25 new contaminants every three years after that.

But drinking water utilities couldn’t keep up with the new regulations and pushed back. In 1996, Congress removed the regulatory schedule from the Safe Drinking Water Act and instead created clunky requirements meant to help EPA target priority toxins for regulations.

Levin said that many of those requirements don’t make sense and that starting the process to regulate a toxin only after it has been found in drinking water is "regulating after the horse is out of the barn."

Water utilities and chemical companies often push back against any indication that EPA might consider regulating a chemical.

New regulations require utilities across the country not only to treat drinking water for new chemicals, which can be costly, but also to spend thousands of dollars a year monitoring for each contaminant. That can be a big financial burden on smaller systems, especially if it turns out the chemical isn’t present in the water system. Drinking water standards can often become cleanup levels for groundwater contamination at Superfund sites, leaving companies and government agencies on the hook for expensive and technically complicated cleanups.

"What we basically have is a ‘see no evil’ approach where we aren’t even monitoring for chemicals we know are harmful," said Waterkeeper Alliance General Counsel and Advocacy Director Daniel Estrin, whose group filed a lawsuit last week trying to force EPA to create new regulations or update old ones for numerous contaminants (Greenwire, Jan. 30). "This approach is not protective of public health."

After EPA decides to examine whether a chemical is worth regulating, it can still take 10 years under the Safe Drinking Water Act to set a standard for the toxin.

EPA often misses those deadlines by years, with the agency choosing to review the same contaminants multiple times without coming to any conclusions about whether to regulate them.

"They’ll put restrictions on themselves," Levin said. "They’ll say they have to prove that the harm comes from ingesting a chemical in drinking water, even if you know it’s a harmful chemical and it’s in drinking water."

Steve Via, director of federal regulations at utility trade group American Water Works Association, said his group wants EPA to set standards for harmful chemicals but has asked the agency to be mindful of costs to utilities in its economic analysis.

Those analyses don’t always take into account "secondary costs" of regulations, he said. For example, Via is worried that if a drinking water standard were set for PFAS, EPA would not consider the costs water utilities would have to pay to safely dispose of the chemical once it was removed from drinking water.

"What we have asked is that they do the analysis, get us a [maximum contaminant level] and regulation that gives us the health benefit we are looking for," he said. "That’s what is needed."

Via admits that EPA has been sluggish to respond to new contaminants but argues that accurately analyzing the health impact of contaminants can be technically difficult for man-made chemicals that haven’t been reviewed before.

He also described EPA as overtaxed, noting that the agency is reviewing a "contaminant candidate list" that includes more than 100 chemicals.

"The problem is we don’t have enough focus," he said. "If you focus on a few chemicals, you can take what limited dollars are available and do what you need to do to move them forward."

He added, "If EPA doesn’t have the resources to actually get the data it needs to do the research and make informed decisions, you’re going to see the agency continuing to be challenged the way it is now."

Many experts say the debate over PFAS today closely parallels the ongoing EPA effort to regulate perchlorate, a chemical found in jet fuel that can harm the thyroid.

Calls for EPA to regulate perchlorate began in the 1990s after testing found the chemical in hundreds of wells. Almost immediately, the Pentagon and defense contractors began pushing back, even issuing their own studies trying to prove perchlorate wasn’t as dangerous as the public believed. After EPA came out with a draft reference level in 2002 — the first step toward regulation — the issue became so contentious that the White House asked the National Academies of Sciences, Engineering and Medicine to take over and do its own study of perchlorate and its public health impacts.

In a decision widely seen as political at the time, EPA in 2008 said it would not regulate the chemical. The announcement created a public uproar that lasted for years. Lisa Jackson, who led EPA during the first years of the Obama administration, was forced to promise during her confirmation hearing that she would review the decision.

EPA finally decided to regulate perchlorate in 2011. Under the Safe Drinking Water Act, the agency had two years to propose safeguards and another 18 months to finalize standards.

It hasn’t done either.

NRDC sued the agency in 2016 to prompt action, and EPA agreed in a settlement that it would propose a perchlorate standard by October 2018. The agency has since asked for an extension.

Olson said the perchlorate case is a dramatic example of how ineffective EPA is at ensuring the nation’s drinking water is safe.

"EPA has failed to use the new contaminant process to set new standards, and the public continues to drink a lot of threatening contaminants without any EPA rules to protect them," he said. "If EPA wanted to make a finding for PFAS today, they could. Or for perchlorate, they could."

"EPA’s inability to protect human health is frightening," he said.

Estrin, at Waterkeeper, said the regulatory process is similarly broken when it comes to updating drinking water standards written decades ago.

The agency also hasn’t updated standards set for chromium in 1991. Back then, the agency assumed the chemical would not cause cancer through oral exposure, a theory the National Toxicology Program has since proved incorrect.

"There seems to be a systemic problem at the agency of not taking these deadlines and obligations seriously," Estrin said. "It’s really hard to understand why these decisions have been made."