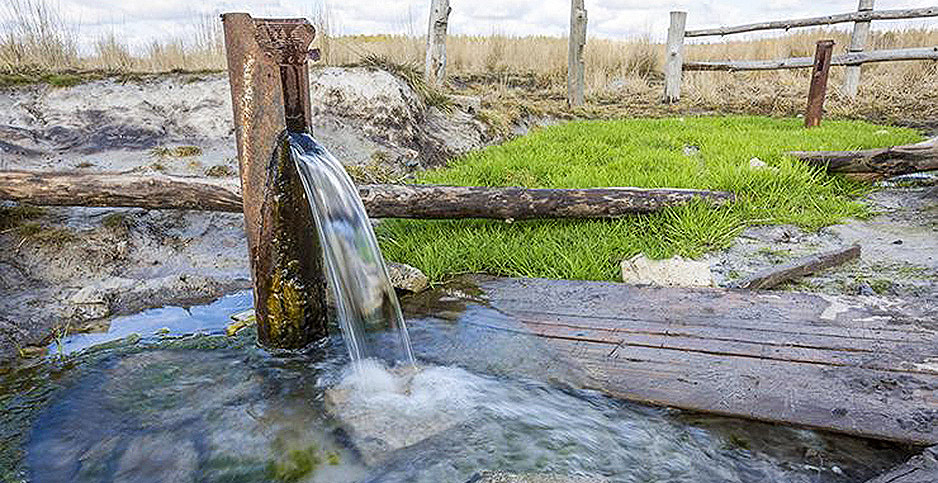 EPA won’t regulate any pollution to surface waters that passes through groundwater.

The Clean Water Act regulates pollution to surface water and requires permits for so-called point-source discharges to them.

But questions have remained about whether the law regulates any pollution that ends up in surface waters, or only direct discharges.

"The agency concludes that the best, if not the only, reading of the Clean Water Act is that Congress intentionally chose to exclude all releases of pollutants to groundwater from the [point source] program, even where pollutants are conveyed to jurisdictional surface waters via groundwater," the agency wrote in an interpretive statement posted online last night.

If pollution travels through groundwater, EPA says, it "breaks the causal chain" between a source of pollution and surface waters.

That could affect regulation of pollution from a variety of sources, including seepage from coal ash and manure management ponds, sewage collection systems, septic system discharges, and accidental spills and releases.

The guidance comes as the Supreme Court is preparing to hear arguments on the same issue.

But the memo contradicts arguments EPA and the Department of Justice made on the same case three years ago.

"The case law does not require the means by which the pollutant discharged from a point source reaches a water of the United States to be a point source," the agencies wrote in a brief to the 9th U.S. Circuit Court of Appeals in County of Maui, Hawaii v. Hawai’i Wildlife Fund.

That 2016 brief further concludes that while the Clean Water Act clearly does not regulate groundwater, the law does cover "the movement of pollutants to jurisdictional surface waters through groundwater with a direct hydrological connection."

"Such an addition of pollutants to navigable waters falls squarely within the Clean Water Act’s scope," it says.

The 9th Circuit ultimately agreed with the agencies, as did the 4th U.S. Circuit Court of Appeals in a separate case.

The Supreme Court takes up the 9th Circuit case this fall.

EPA’s memo also contradicts multiple regulations dating back to the 1990s related to specific sources of pollution, including those for combined animal feeding operations, and feedlots, which clarify that while groundwater pollution itself is not to be regulated, pollution that reaches surface water is.

Now, however, EPA argues that the Clean Water Act clearly does not extend to such pollution, and that arguments it made before the 9th Circuit "take insufficient account of the explicit treatment of groundwater in the Clean Water Act."

"When analyzing the statute in a holistic fashion, Congress’ intent becomes evident: Congress did not intend for the [point source] program to address any pollutant discharges to groundwater, even where groundwater may be hydrologically connected to surface waters," EPA writes.

"While no single provision of the Clean Water Act expressly addressed whether pollutants discharged from a point source that reach jurisdictional surface waters through groundwater are subject to … permitting requirements, when analyzing the statute in a holistic fashion, congressional intent becomes evident," the statement says.

"I thought they would tighten the direct hydrological connection [standard] with space and time," he said. "They could have layered that with lots of requirements that would have made it very difficult for these citizen suits to go forward."

Environmental groups acknowledge that the landmark environmental law does not regulate groundwater itself but say that’s not the same as allowing pollution to reach surface water if it travels through groundwater.

They have argued in favor of regulating surface water pollution when it can be directly traced back to a point source, regardless of whether it first traveled through groundwater.

That’s what happened in the Maui case, where environmentalists sued the county alleging a link between municipal wastewater injection wells and pollution that seeped through groundwater into the Pacific Ocean (Greenwire, Feb. 19).

Earthjustice lawyer David Henkin, who represents the environmentalists in the case, slammed EPA’s new interpretation as a political move.

"This notion that discharges that reach navigable waters via groundwater were not covered under the Clean Water Act is a total repudiation of four decades of consistent EPA positions," he told E&E News. "It just makes it clear that this is purely political and not based on any principal."

Southern Environmental Law Center attorney Frank Holleman said EPA’s guidance is a handout to polluters, noting that it would exclude discharges made even inches away from waterways if the pollution first traveled through groundwater.

"They are exempting major lakes and rivers from the Clean Water Act protections whenever a polluter doesn’t extend their pipe all the way," he said.

He said it is "illogical" to exclude groundwater-to-surface-water pollution from regulation, saying that in some cases, the cause of pollution is "as easy to trace as pollution that falls through the air before landing in waterways."

He noted that the list of examples of regulated point sources in the Clean Water Act itself includes sources like wells, combined animal feeding operations and rolling stock that do not discharge pollution directly into surface water.

"Obviously you don’t put a well in a river; you put it in the ground nearby," he said. "But logical consistency, statutory language and protecting the nation’s water resources are not the goals of this administration."

Holleman said he hopes Supreme Court justices will see those inconsistencies when the high court considers the Maui case this fall.

Former EPA lawyer Kevin Minoli, now at the law firm Alston & Bird LLP, said EPA’s interpretation might earn less deference in the Supreme Court case, given that the agency crafted it in response to litigation and without going through a full rulemaking process under the Administrative Procedure Act.

"All those things lessen its value in front of the Supreme Court," he said. "It may be different if this was a long-standing interpretation that was done through a notice-and-comment rulemaking under the APA. That’s when you get into the world of deference. When it’s developed during litigation, in response to litigation, it is not going to be generally as persuasive or influential to the court."

Minoli also said the policy falls far short of EPA’s goal to clarify the issue because the new interpretation does not apply in areas where courts have already ruled otherwise. That includes the 9th and 4th circuits, which cover 14 states in the West and Mid-Atlantic regions.

"It perpetuates the uncertainty for years to come," he said. "It locks in, until the Supreme Court decides, differential treatment depending on what state you’re in."