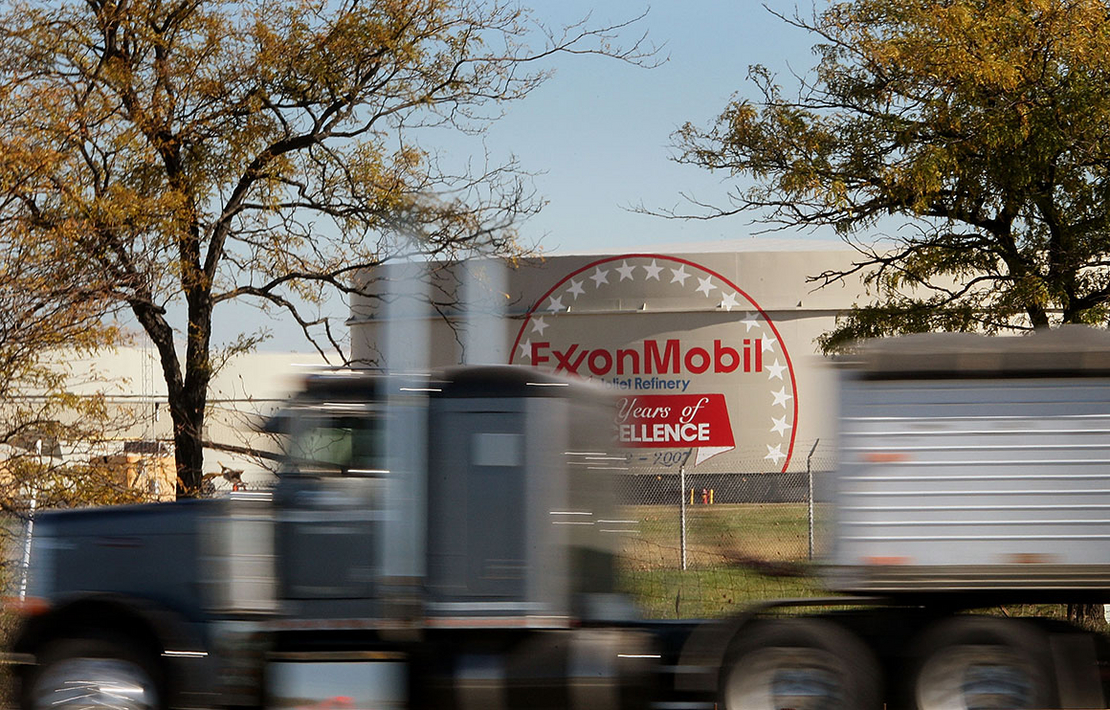 Exxon Mobil Corp. has been suspended from the Climate Leadership Council following a secretly recorded video that showed one of the company’s lobbyists detailing its strategies to delay climate action.

Exxon was among the first corporate backers of the centrist group, known for its advocacy on a carbon fee and dividend proposal, but the sting tape released in June cast significant doubt on the company’s support for carbon pricing.

“We continue to believe that we will establish lasting climate solutions by bringing together a broad and diverse group of stakeholders who can work together to address this enormous challenge.”

The suspension, first reported by Bloomberg, stems directly from the secret recording of Keith McCoy, a senior director for federal relations at Exxon. McCoy told a group of Greenpeace activists posing as headhunters that the company only supports carbon pricing because Congress lacks the “political will” to pass it (Climatewire, July 6).

The tape raised suspicions that Exxon had been supporting groups like the Climate Leadership Council to green wash its public image while it continues to produce more fossil fuels.

It has become part of a wider congressional investigation into the fossil fuel industry, with House lawmakers looking to bring McCoy in for testimony (E&E Daily, July 26).

Exxon, for its part, disavowed McCoy’s comment and says it will continue to advocate for the policy. “CLC’s decision is disappointing and counterproductive,” Exxon spokesperson Casey Norton said in an email. “It will in no way deter our efforts to advance carbon pricing that we believe is a critical policy requirement to tackle climate change.”

Exxon had given $1 million to the group in 2018 (Greenwire, Oct. 9, 2018). While that’s a fraction of the company’s total lobbying budget, it did mean the company was offering direct financial support for a specific plan to address climate change.

The CLC and its sister organization advocate for the so-called Baker-Shultz proposal, which would slap a fee on carbon emissions starting at $40 a ton, with revenues returned to the public via a dividend check. Exxon’s membership has ended, but a source at the Council said the group would “evaluate their application in consultation with our members” should Exxon decide to reapply later.

CLC had initially defended Exxon after the sting tape dropped in June, noting that the company had “helped bring other organizations on board in support of carbon pricing.” But the CLC official said the incident initiated an internal review that resulted in the suspension today.

The company’s name and logo has been removed from the group’s website, which still features tags for its other corporate members, including BP, Shell and Total.

The Alliance For Market Solutions, another carbon tax group that gets financial support from Exxon, defended the company today. Executive Director Alex Flint said Exxon has “always characterized a carbon tax as an essential part of a long-term climate policy.”

“When ExxonMobil is involved, the discussions about energy and climate policy are serious, and serious climate conversations frequently conclude that a climate policy based on a carbon price is preferable to one dependent on regulations and subsidies,” Flint said in an email.