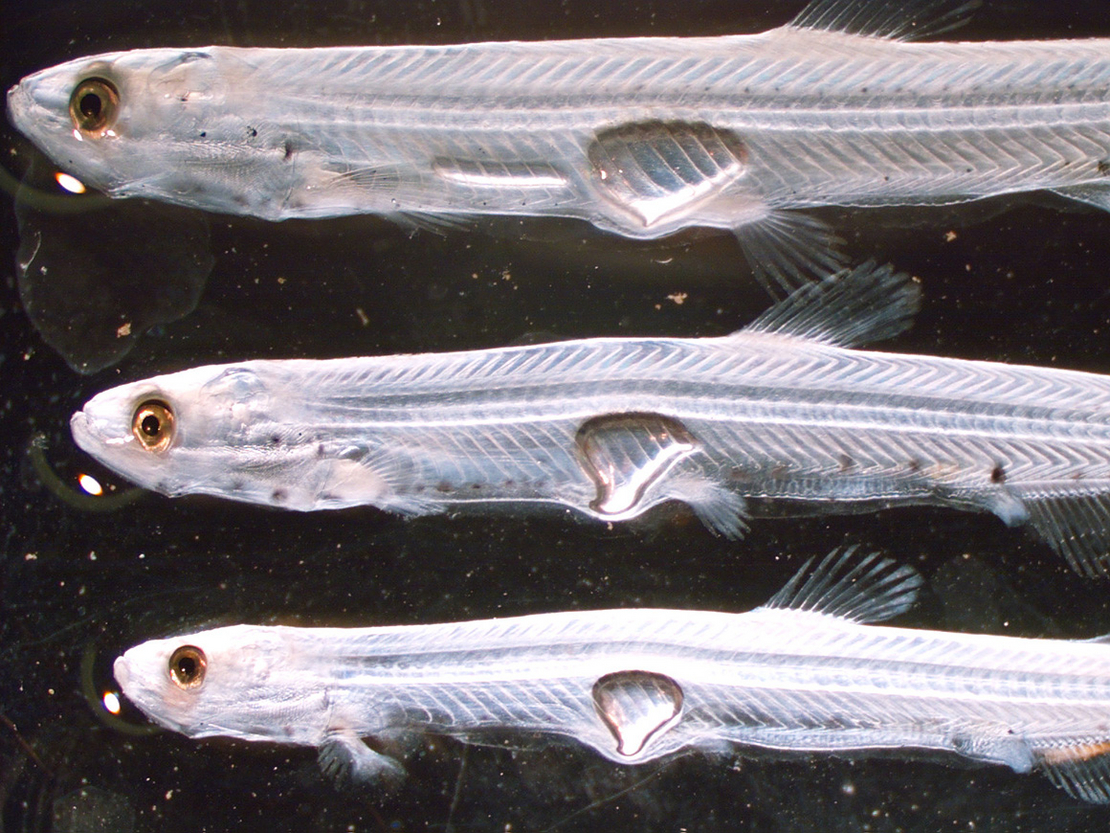 Young longfin smelt, which can be found from the San Francisco Bay to the Cook Inlet in Alaska. Bureau of Reclamation/Flickr

The Fish and Wildlife Service proposed Endangered Species Act protections Thursday for a crucial population of the longfin smelt, an unassuming California fish that has pit farmers against environmentalists and could end up redirecting the future course of the state’s water.

Reversing earlier calls made during both the Obama and Trump administrations, FWS said the San Francisco Bay-Delta distinct population segment of longfin smelt should be added to the list of endangered species.

The agency added that the decline was “three to four orders of magnitude over the course of available historical abundance records.”

The longfin smelt grows to between 3.5 and 4.3 inches in length and lives for approximately two to three years. As a species, the smelt occurs in bays and estuaries from Northern California north along the coast through Alaska.

The bay-delta longfin smelt population occupies the San Francisco Bay Estuary and areas of the Pacific Ocean out to the Farallon Islands. In its proposal, FWS noted that San Francisco Bay-Delta is unique because it is the largest estuary on the Pacific Coast of the United States.

“Because of its large size and diverse aquatic habitats, the San Francisco Bay-Delta has the potential to support a large longfin smelt population and is thus potentially important in the conservation of the species,” the agency said.

While the species needs freshwater flows to survive, FWS noted that the development of dams and water delivery infrastructure built for flood protection and water supply for farms and cities has “greatly impacted freshwater flows” into the San Francisco Bay estuary.

Water diversion is also reducing freshwater inflow and complicating life for the smelt.

“Freshwater diversion … through pumping for agricultural, waterfowl, or municipal purposes and in some cases may lead to entrainment of Bay-Delta longfin smelt,” FWS reported.

Entrainment occurs when the suction caused by pumping creates an opportunity for fish to be captured by the flow of water and become trapped.

Citing the absence of “data sufficient to perform required analyses,” FWS said that designation of critical habitat for the bay-delta longfin smelt is “not determinable” at this time. The agency has an additional year to publish a habitat proposal.

In 2012, FWS concluded that the longfin smelt in the San Francisco Bay-Delta was a valid distinct population segment and was warranted for ESA, but that listing was precluded by higher priority actions. As a result, the bay-delta longfin smelt was added to the candidate species list.

In 2020, FWS again concluded that listing the fish was warranted but precluded it due to higher priorities.

The Center for Biological Diversity and San Francisco Baykeeper sued, alleging that the federal agency’s failure to move forward with protections was arbitrary and capricious.

“This is a hugely important species whose decline highlights the potential loss of the bay’s native fish and fisheries,” Jeff Miller, a senior conservation advocate at the center, said in a statement Thursday. “Wildlife officials have dawdled and refused to protect longfin smelt for a quarter century. Meanwhile, more and more water diversions suck the life out of Central Valley rivers and the delta to benefit corporate agribusiness and development.”

“Additional ESA regulatory restrictions will have significant negative impacts on Westlands and those it serves,” Jose Gutierrez, Westlands’ chief operating officer, said in a court filing.

Westlands spokesperson Elizabeth Jonasson told E&E News on Thursday that “we plan to review the science and analysis included in the proposed listing and look forward to working with FWS on this matter.”