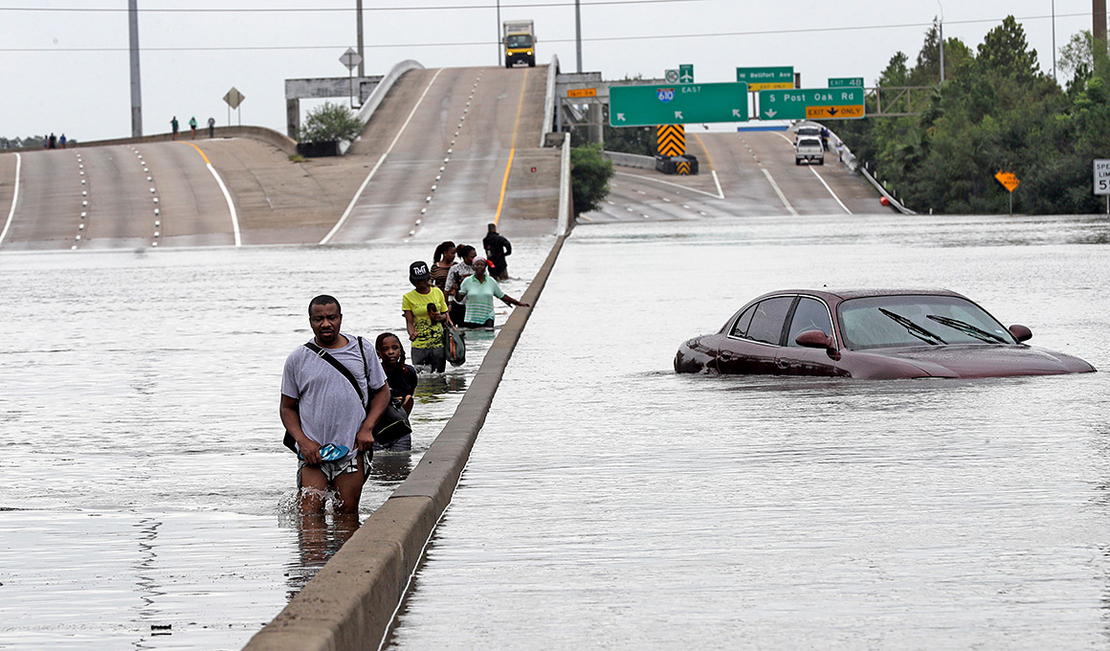 The Federal Emergency Management Agency is seeking for the first time to collect information about the race and ethnicity of people who apply for disaster relief to determine if there is discrimination in the distribution of billions of dollars of federal aid, officials told E&E News.

FEMA has requested authority from the Office of Management and Budget to begin asking people to provide broad demographic information when they apply for FEMA aid after a flood, hurricane or other major disaster.

Applicants would be asked but not required to disclose their race, ethnicity, sex, marital status, education level and tribal membership.

The information would enable FEMA to “evaluate, identify and remedy inequity-related issues within disaster assistance programs,” the agency told E&E News yesterday in an email. The demographic details would not be used to determine if an applicant is eligible for disaster aid, FEMA said.

It comes as FEMA is under immense pressure to address equity in its distribution of disaster aid and disaster mitigation money to communities and individuals, in what amounts to billions of dollars a year.

The U.S. Commission on Civil Rights is investigating possible discrimination in FEMA’s response to hurricanes that devastated Puerto Rico and Texas in 2017, marking the first time the advisory panel has probed FEMA or disaster recovery (Climatewire, Dec. 1).

FEMA’s effort was hailed by advocates and researchers who said analyzing demographic information would reveal whether people of color are less likely than white applicants to be approved for FEMA aid and receive less money when they are approved.

“It’s absolutely critical,” said Carlos Martín, a Brookings Institution fellow who has analyzed disaster aid and demographics. “The stories that we’ve heard are compelling enough, and one only has to look at American history to know that there are discriminatory practices in ways people can access applications as well as the assistance.”

Craig Fugate, who ran FEMA in the Obama administration, praised the move, saying demographic analysis will enable the agency “to make sure there’s not inherent bias or discrimination” or to identify and fix discriminatory practices.

“I’m actually surprised we weren’t collecting it. It seems we were collecting everything else,” Fugate said, adding that collecting the data would not be a burden on individuals or FEMA.

FEMA’s demographic analysis would cover only its Individual Assistance program, which each year gives hundreds of thousands of people disaster aid worth several thousand dollars on average for expenses such as minor home and vehicle repairs, temporary rental housing, hotel rooms, medical aid and child care.

People who live in counties that have been declared a federal disaster must apply to FEMA and are eligible for up to $72,000 in disaster aid.

But since 2002, FEMA has denied aid to half of the 15 million applicants and has given recipients an average of $3,500, according to an E&E News analysis of FEMA data.

Rejection rates vary wildly by location and by disaster, which has drawn scrutiny from lawmakers and advocates for low-income people and minorities.

Last winter, after storms knocked out power for millions of people across Texas, FEMA gave individual assistance to just 20 percent of the 400,000 Texans who applied, FEMA records show.

After Hurricane Ida demolished large parts of Louisiana in August, FEMA gave individual assistance to 73 percent of the 800,000 applicants.

FEMA cites various reasons for rejections: People cannot prove their residency, or a FEMA inspector says that damage to a home was preexisting and not caused by a disaster. In many cases, FEMA finds that applicants have other sources of money, such as insurance coverage, or advises them to apply to the Small Business Administration for a low-interest disaster loan.

Researchers and advocacy groups have found patterns that suggest discrimination but do not prove it conclusively, because there is no data on the race or ethnicity of aid applicants. Analysts have been forced to take steps such as comparing approval and rejection rates in census tracts or ZIP codes with varying demographics.

“You infer race or income from the characteristics of the space,” Rice University sociologist James Elliott said.

Elliott has conducted some of the most influential research on disparities in disaster aid, including a 2018 study showing that white people who live in areas that have sustained extensive damage saw substantial increases in wealth over time, while minorities in disaster-prone areas lost wealth.

In October, the advocacy group Texas Housers told the Civil Rights Commission that its analysis of FEMA data found vast income-based disparities after Hurricane Harvey devastated southeast Texas in 2017. The group found that FEMA’s individual assistance denial rate was four times higher for low-income applicants than it was for high-income applicants.

The group also told the commission that it found “racial inequities” in FEMA’s calculations of how much damage the hurricane caused to individual homes.

Elliott acknowledged yesterday that analyses of disaster aid comparing trends in ZIP codes or census tracts “can be misleading.” FEMA’s collection of demographic data will provide “a more actual accounting of what’s happening,” Elliott said. “This can be one of the real levers of effective change.”

It is unclear if FEMA will make the demographic information it collects publicly available. FEMA declined to comment on that aspect of its initiative, or when it might start collecting the information.

Elliott and others said it is essential for FEMA to make demographic information publicly available.

“FEMA has to make those numbers and that data transparent, and then we can really begin to understand whether or not equity is being applied and whether or not people are being treated fairly,” said Chauncia Willis, CEO of the Institute for Diversity and Inclusion in Emergency Management.

“Our nation’s leading researchers on disaster equity need that information to be transparent and readily accessible to determine whether or not people are being treated properly and whether or not FEMA is perpetuating inequities," Willis added.