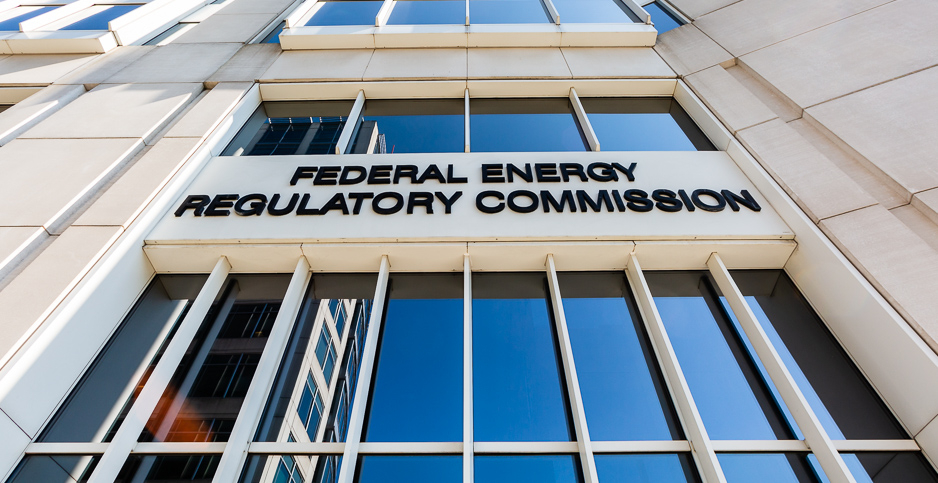 FERC weighed downstream greenhouse gas emissions related to a project operated by Northern Natural Gas Co., which had requested approval of a pipeline replacement running 87 miles between South Sioux City, Neb., and Sioux Falls, S.D. The agency ultimately approved the project after the landmark assessment of its greenhouse gas emissions.

"Today’s order reverses the commission’s unlawful course and allows us to honestly say we actually considered a proposed project’s potential impact on the environment," Glick (D) said during the agency’s monthly meeting.

"The order also demonstrates what I have been saying for some time now," Glick said. "Analyzing the impacts of the project’s greenhouse gas emissions doesn’t automatically doom the project."

For years, commissioners have argued, largely along partisan lines, about how to weigh greenhouse gas emissions caused by pipeline projects. Under President Trump, then-Chairman Neil Chatterjee (R) said the commission should limit its scope to considering direct emissions from projects, eliciting outrage from Glick, who was the lone Democrat on the panel at the time.

During yesterday’s meeting, Chatterjee departed from his Republican colleagues, James Danly and Mark Christie, and voted with Glick and Democratic Commissioner Allison Clements to approve the project and consider its climate impact. In an interview, Chatterjee said he changed his stance in order to be practical. He said without weighing how projects contribute to climate change, FERC under President Biden might not approve any new natural gas projects.

"I’m being pragmatic," he said.

Danly, who served as chair prior to Glick, said the commission was acting unlawfully, calling the reasoning in the order "legally infirm." He said enacting a "drastic departure from the commission’s long-standing position" in an individual case was unfair to natural gas companies.

"None of the parties were really on notice that such a dramatic change would occur," he said. "And so they weren’t aware of the fact they would want to intervene to protect their interests."

In order to help natural gas companies protect their interests, Danly said he has been advising every company "who will listen" to intervene in every case pending before the commission. Such an intervention would clear the way for companies to take FERC to court if the agency doesn’t decide in their favor.

"Every single natural gas pipeline company, every LNG company, and every shipper should intervene in every single certificate proceeding pending before the commission. All of them," Danly said. "There’s no other way, if you don’t do that, to ensure your status as a party to the litigation, thereby guaranteeing you have a vehicle for appeal."

Danly’s comments came a day after Glick, Clements and Chatterjee listened to 2 ½ hours of landowner comments outlining the ways in which they feel FERC has propped up natural gas interests over their own — a juxtaposition not lost on Glick (Energywire, March 18).

"You suggested that everyone should intervene in all these natural gas pipeline proceedings," Glick said to Danly yesterday. "Well, I would say the same for not just the pipeline companies, but for all the other people who have been screwed by the commission."

Following Glick’s comments, Danly amended his previous statement and said he encourages everyone, not just gas companies and shippers, to intervene. He reiterated that legally infirm orders should not be advanced.

Until FERC implements an overarching policy on projects’ greenhouse gas emissions, Glick said the agency will assess them on a case-by-case basis.

"The commission considers a whole variety of environmental impacts associated with these pipelines, and we have various ways of doing it," he said. "In this particular case, we had an agreement among the commissioners that we would use the eyeball test."

Glick said he felt confident saying the project would not contribute significantly to climate change, considering the Northern Natural Gas project was replacing old piping for which FERC had previously determined there weren’t downstream emissions.

The commission also yesterday ruled that a liquefied natural gas terminal in Puerto Rico is subject to the commission’s jurisdiction, the latest development in a tug of war over the New Fortress Energy facility in San Juan (Energywire, March 11).

FERC gave New Fortress 180 days to file an application for authorization to operate. In the interim, the liquefied natural gas terminal will be allowed to continue operations.

The agency further announced it is seeking a $20 million fine against Energy Transfer LP’s Rover pipeline for allegedly misleading the agency about the purchase and destruction of a historic house in Dennison, Ohio, known as the Stoneman House.

The agency says Rover made "misrepresentations" about its plans for the 173-year-old farmhouse when it sought approval to build the $4.2 billion, 711-mile pipeline.

The company purchased the house in May 2015 and demolished it a year later, but never notified the agency as it was required to do, the agency said.

The company had already entered into an agreement with FERC and state agencies on the farmhouse issue, but that left open the prospect that it could face further penalties from FERC for alleged falsehoods in its application (Greenwire, July 14, 2017).

FERC’s order gives the company 30 days to respond to its order to show cause why it shouldn’t have to pay the fine.

The Rover project also drew the ire of FERC and state regulators for environmental problems, including improperly using diesel fuel in its drilling mud (Energywire, Aug. 2, 2017).

The commission also determined that tax relief Virginia offers certain solar power facilities does not count as a state subsidy and so is not subject to PJM Interconnection’s Minimum Offer Price Rule.