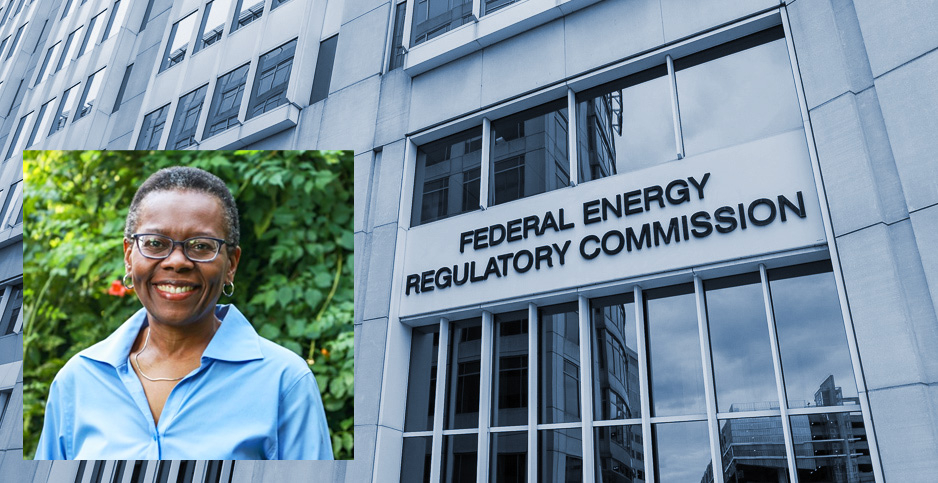 One year into her role at FERC, Montina Cole joined a webinar yesterday to discuss how the commission is becoming more responsive to historically disadvantaged communities affected by its decisions and policies — something that environmental justice advocates say has long been overlooked.

Cole said FERC is planning to build staff capacity focused on justice and equity in natural gas proceedings, as well as hold a public workshop on environmental justice issues “that are arising in the gas facility review process.” A FERC spokesperson said the timing on the public workshop has not been determined.

“I’m very, very optimistic and looking forward to ways that we can improve [gas permitting],” Cole said during the webinar, hosted by the Wires Group, a trade association for the electric transmission industry.

Cole’s comments were among the most detailed public remarks she has given on FERC’s environmental justice and equity plans since she joined the agency last May. They come as the commission’s natural gas policies are in flux, as debate roils over the extent to which FERC should consider environmental justice issues before approving new pipelines.

Earlier this year, FERC proposed changes to its guidelines for assessing new natural gas pipelines, calling for “robust consideration” of projects’ effects on environmental justice communities as part of a costs and benefit analysis. In its updated permitting policy, the majority of commissioners said that FERC would try to more accurately identify disadvantaged communities. They also said the commission would consider a new pipeline’s cumulative impacts — meaning the total burdens or benefits that affected communities could experience from the facility and other infrastructure in the area.

Critics, however, said the new policy went too far on environmental and landowner issues and would make it difficult and expensive for new gas projects to get built. In March, FERC turned the proposal and another, related policy into “drafts,” open to further consideration and revisions (Energywire, March 25).

While Cole did not directly address that controversy, she said she is reviewing the commission’s “key regulations and guidance” for the siting of new natural gas projects. That effort will include consideration of projects’ cumulative impacts and the “thresholds” currently used by FERC to identify environmental justice communities, Cole said.

She added that her role at FERC is advisory and “policy-oriented,” meaning that she helps support the commission’s deliberations and decisionmaking. Overall, it’s “no secret” that the commission must do more to address environmental justice and equity issues, she said.

“I think this is a time now where we need to choose how we want to make our way forward together,” Cole said.

Cole also addressed the perception that environmental justice analyses could slow down the permitting process for energy projects.

That amounts to a “misunderstanding,” she said. If FERC fails to fulfill its legal obligations on environmental justice when reviewing proposed new projects, those approvals may be vulnerable to court challenges, said Cole, an attorney who has previously worked at the Natural Resources Defense Council and the Department of Commerce.

“That ultimately will add on additional time, right? It will make for a less efficient process,” she said.

So far, FERC’s attention to environmental justice has mostly focused on the agency’s oversight of large energy projects, including natural gas pipelines and export terminals, as well as hydroelectric dams. But Cole said meaningful engagement with communities and consideration of equity is also relevant to FERC’s oversight of electric transmission lines, utility rates and other issues over which the commission has jurisdiction.