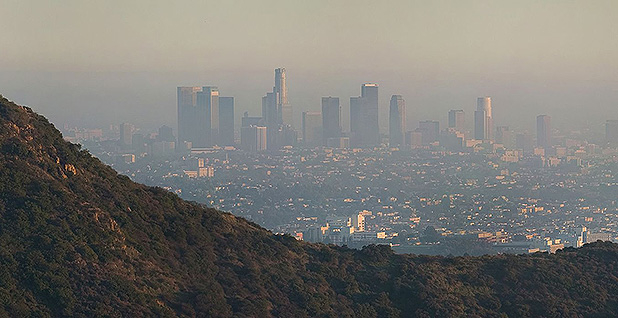 Almost a year after they were fired by EPA Administrator Andrew Wheeler, 20 scientists are regrouping to continue their work on a high-stakes review of National Ambient Air Quality Standards for particulate matter.

Except they won’t be doing it under the aegis of EPA.

Instead, in an apparently unprecedented move, they have created a parallel panel to act as a counter to the official agency review that they regard as deeply flawed. What’s dubbed the "Independent Particulate Matter Review Panel" will publicly meet next month in the Washington, D.C., area to consider the adequacy of the existing standards, followed by a report on whether any changes are warranted to protect public health.

The meeting on Oct. 10 and 11 will come about two weeks before the official EPA advisory group, known as the chartered Clean Air Scientific Advisory Committee, is scheduled to hold its own public meeting in North Carolina to consider a draft agency analysis that found the current thresholds for fine particulates may be too weak to prevent "a substantial number" of premature deaths.

Since last year, a series of EPA changes to the NAAQS review process "just undermine its scientific credibility," Chris Frey, a North Carolina State University engineering professor who chairs the independent panel, said in an interview this morning. "As a group, this panel has more experts, more breadth, depth and diversity of expertise than the chartered CASAC."

Members are serving unpaid, Frey said, although the Union of Concerned Scientists is covering their travel expenses and other costs associated with next month’s conference. They have also undergone ethics reviews by Chris Zarba, a now-retired EPA employee who previously carried out that task while heading the agency’s office that helped coordinate the NAAQS reviews, according to UCS, a research and advocacy group that has been critical of Trump administration policies.

While the newly formed independent panel will lack the CASAC’s statutory authority to provide outside advice to EPA on the review of the particulate matter standards, Frey was hopeful — if not optimistic — that Wheeler will also consider its recommendations.

Asked for comment, EPA spokeswoman Corry Schiermeyer said in an email that the agency is committed to scientific integrity and transparency and has "the utmost confidence" in its career staff and advisory panels.

"EPA always welcomes comments from the public and it is not uncommon for special interest groups and coalitions to organize, meet and develop comments for submission to the record," Schiermeyer said. "EPA will continue to take into consideration these comments that meet our scientific standards."

Like Frey, almost all of the other members of the newly formed panel are based at universities. They had previously been part of an auxiliary body that worked with the CASAC to provide added know-how to the review of the particulate matter standards.

The use of such auxiliary bodies dates back decades. Wheeler, however, abruptly disbanded the group last October in what he later described as a streamlining move; he also called off plans to create a similar body to help in a separate assessment of EPA’s ground-level ozone standards.

Instead, the chartered CASAC will rely on a dozen consultants chosen by Wheeler, some of whom have ties to industries that could be affected by any tightening of the particulate matter thresholds (E&E News PM, Sept. 18).

Fine particulates, technically known as PM2.5 because they are no more than 2.5 microns in diameters, are linked to an array of heart and lung problems, including an increased risk of premature death in some circumstances.

Under a fast-track schedule set by Wheeler’s predecessor, Scott Pruitt, the NAAQS reviews for both particulate matter and ozone are supposed to conclude late next year. Under the Clean Air Act, EPA is required to periodically conduct the assessments for a total of a half-dozen pollutants to determine whether changes are warranted to safeguard public health and the environment in light of the latest research on their effects.

"If the EPA fails to set a standard that aligns with our understanding of particulates and health," Goldman added, "then the public’s health is at risk."