Flint was a ‘wake-up call.’ Did we learn from it? 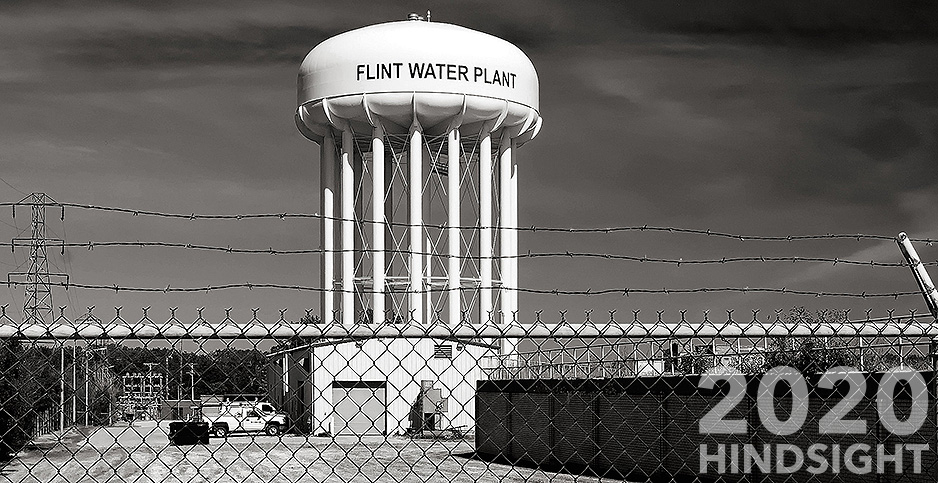 Part of a series on the decade’s pivotal moments in environment and energy. Click here to read other stories in the 2020 Hindsight series.

Lead levels at the tap got to a high of 397 parts per billion — nearly 25 times the legal limit. An outbreak of Legionnaires’ disease, also traced to the Flint River water, killed 12 people and sickened dozens. And Flint residents brought jugs of brown water to a community forum to show that the water wasn’t safe to drink.

It took nearly a year before state managers agreed to switch the city’s water source again.

The state only began distributing drinking water filters to Flint after a research team lead by a local pediatrician publicized a study showing that the number of children with high lead levels in their blood nearly doubled after Flint’s water source changed.

News of the crisis — which began garnering national attention in early 2016 after the city, state and country declared a state of emergency in Flint — raised questions about state and federal regulations on lead in drinking water as well as EPA’s oversight role as a backstop when states fail to protect residents.

It would take years for Flint’s water to once again be safe to drink, even with a faucet filter.

But mistrust in the city flourished. When President Obama visited in May 2016, he drank a glass of tap water in an effort to convince people that "if you’re using a filter, if you’re installing it, then Flint water at this point is drinkable."

But the proposal has been criticized for slowing the pace at which lead pipes will be replaced nationwide (Greenwire, Oct. 11). What’s more, a recent regulatory agenda from the Trump administration does not include a timeline for finalizing the rule.