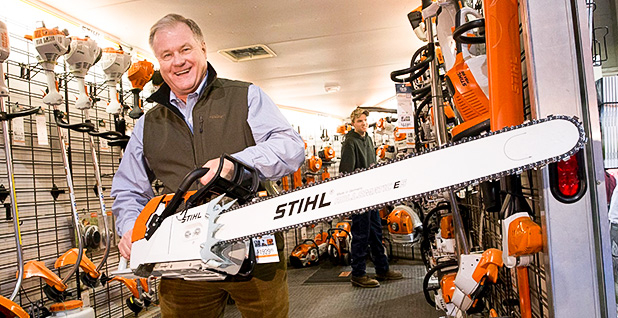 Body heat is making Earth warmer, and climate change is caused by the planet’s movement toward the sun.

Those are the claims of Pennsylvania’s Republican gubernatorial candidate, former state Sen. Scott Wagner. At a town hall event on Wednesday in Glenside, Pa., he described a teenage woman as "young and naive" when she asked about his positions on climate change. Wagner told her he cared more about fixing sewage overflows than about reducing greenhouse gas emissions.

"You said climate is a result of people’s body heat and refusing to take action on the issue," said Rose Strauss, an 18-year-old activist. "Does this have anything to do with the $200,000 that you have taken from the fossil fuel industry?"

The audience clapped and laughed when Wagner called her naive. Someone in the crowd yelled, "Answer the question."

Perhaps without realizing it, Wagner addressed a symptom of rising temperatures when he mentioned overburdened sewers. Rainfall is getting heavier as the atmosphere gets warmer, adding stress to wastewater infrastructure that in many places around the United States is connected to sewage systems. In the Northeast, which includes Pennsylvania, rainfall increased 70 percent during heavy precipitation events between 1958 and 2012, according to EPA. That’s more than in any other region of the United States.

Wagner did say that climate "is important, and we all hear about it." He then described a 2013 Wall Street Journal article that detailed Harrisburg’s financial troubles and aging infrastructure and how its pipes were increasingly unable to handle deluges of rainwater.

"The story went on to say that when the city of Harrisburg has large rainfalls, which generate large amounts of stormwater, the sewage treatment plant cannot handle all the rainwater in the sewage system, so they discharge raw sewage into the Susquehanna River," Wagner said at the town hall event. "Now, you want to talk about that, or you want to talk about climate change? I’m more interested in the sewage that’s going into the Susquehanna River."

The Northeast in particular is estimated to see more heavy precipitation events as a result of climate change, according to the National Climate Assessment, a congressionally mandated review of the top climate science put out every four years. Since 1895, temperatures in that region have increased by 2 degrees Fahrenheit and annual precipitation has increased by 10 percent, or 5 inches, according to the report.

That has already placed a strain on aging infrastructure.

"Although urban and rural regions in the Northeast have profoundly different built and natural environments, both include populations that have been shown to be highly vulnerable to climate hazards and other stresses," says the National Climate Assessment. "Both also depend on aging infrastructure that has already been stressed by climate hazards including heat waves, as well as coastal and riverine flooding due to a combination of sea level rise, storm surge, and extreme precipitation events."

Researchers have examined how rising temperatures tax aging infrastructure. A 2016 study published in the journal Sustainable Cities and Society found that combined sewer overflows in Toledo, Ohio, were becoming more frequent and intense as a result of climate change.

"Climate change might cause up to approximately 12-18% increase in [combined sewer overflow] occurrence, volume and duration in Toledo," researchers wrote.

Intensifying summer storms have caused millions of gallons of untreated sewage to be released into streets and waterways across the country, according to a 2016 analysis by Climate Central. These overflows can have devastating consequences, including outbreaks of waterborne diseases and fish kills, researchers found. Researchers tracked 70 sewage overflows over 20 months that triggered dozens of health warnings and found that they were often underreported.

"With a backdrop of antiquated and overpopulated sewer systems, the increase in rain and heavy downpours in recent decades — one of the ongoing impacts of climate change — continues to trigger overflows that affect millions of Americans every year," the Climate Central report states. "While many cities are working toward upgrading their sewer systems, they can’t eliminate their sewage overflow risks entirely. Climate models project that both overall precipitation, and the amount of rain falling in heavy downpours, will continue to increase this century with continued climate change, which could cause even more overflows."

Wagner has a history of providing falsehoods when asked about climate change. Earlier this year, he suggested the planet is warming because the Earth is "moving closer to the sun." In fact, climate scientists reached a consensus years ago that emissions from fossil fuel consumption are warming the planet at an unprecedented pace. Separately, Wagner offered a different explanation that isn’t supported by science.

"We have more people," he said, according to StateImpact, a project by NPR. "You know, humans have warm bodies. So is heat coming off? Things are changing, but I think we are, as a society, doing the best we can."

At Wednesday’s town hall, Strauss, who’s a volunteer with the Sunrise Movement, which advocates for climate action, tried to tell Wagner that his concerns about sewage are related to rising temperatures. But the audience drowned her out.