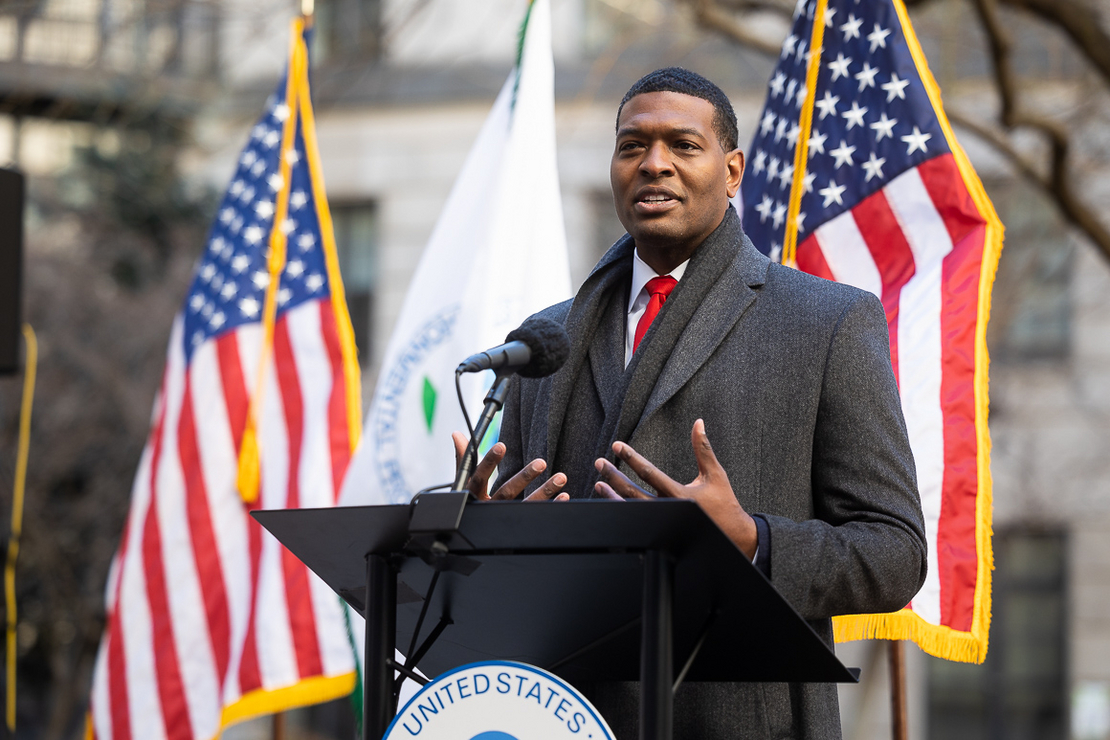 A conservative think tank is asking EPA to reconsider its recent rule to increase fuel economy standards, pointing to a court order last week that bars the Biden administration from employing a key climate measure.

The Competitive Enterprise Institute (CEI) yesterday sent a formal request to EPA Administrator Michael Regan on behalf of itself and four individuals, noting that a federal judge found that a metric used in the vehicle emissions rule was “likely unlawful.”

The letter notes that the December 2021 fuel economy rule relied on a measure of the social cost of carbon that Judge James Cain of the U.S. District Court for the Western District of Louisiana ruled had increased regulatory costs for the red states that had challenged the metric.

Biden’s rule seeks to increase the average fuel economy of new passenger cars and trucks 10 percent in 2023 and then 5 percent each year after that, totaling 25 percent by model year 2026. The White House has said the rule could preserve around 200 billion gallons of gasoline and reduce carbon pollution by about 2 billion metric tons.

The transportation sector is the single largest source of greenhouse gas emissions in the country, with passenger vehicles spewing the bulk of the heat-trapping pollution.

In the letter, CEI said EPA had relied on the social cost of carbon estimates from an interagency working group to write the vehicle emissions rule. It said EPA had “touted how the ‘benefits [of this rule] include reduced impacts of climate change.’ “

But the letter adds, “if the EPA’s social cost of carbon estimate was corrected in accordance with the court order, it would show a total net harm, not a benefit.”

CEI and 14 other groups had flagged what they said were problems with the social cost of carbon estimate as EPA was writing the emissions rule.

The letter from CEI attorney Devin Watkins says the court decision occurred after the close of the public comment period on the fuel economy standards but within the time specified for judicial review.

Therefore, Watkins wrote, “we request Administrator Regan to convene a proceeding for reconsideration of the rule as required by law.”

Cain’s decision baffled a number of economists, regulatory specialists and lawyers who said they saw serious flaws in rejecting a metric that has not yet been finalized. The administration’s final cost of greenhouse gas figures is due to be released later this year (Climatewire, Feb. 14).

Those experts said agencies will not be able to use the interim climate metric in regulatory impact analyses unless and until the Biden administration successfully appeals Cain’s ruling.

EPA did not respond to a request for comment late yesterday.