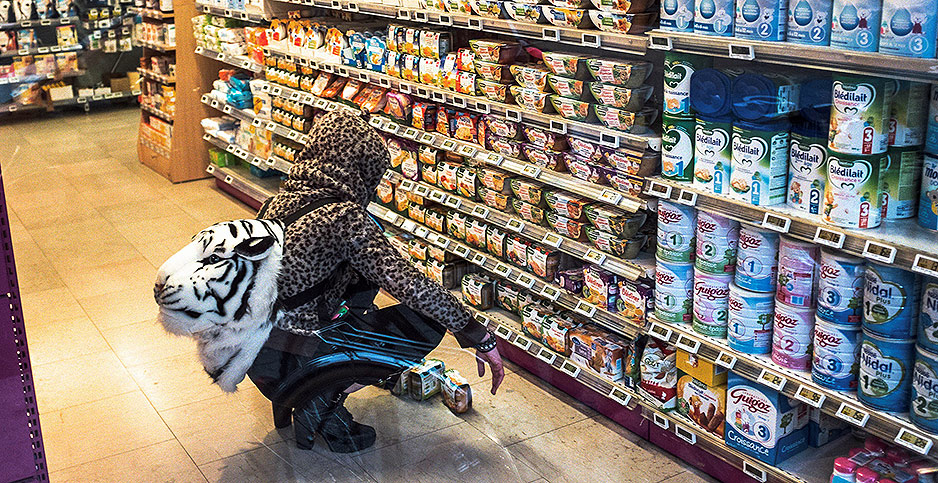 Two environmental health groups have resigned from a council meant to lower the heavy metal content of baby foods due to what they say is a lack of cooperation from some of the nation’s biggest baby food brands.

The Baby Food Council was formed in 2019 by Gerber, Earth’s Best, Happy Family Organics and Beech-Nut, as well as the Environmental Defense Fund and Healthy Babies Bright Futures, after years of work and reports from those two environmental health groups drew attention to the high levels of lead, arsenic, mercury and cadmium in baby food. Those heavy metals are neurotoxins that can affect brain development in babies and toddlers.

The council was founded to set voluntary standards to lower concentrations in baby foods and conduct research on farming and production best-practices for reducing heavy metals in ingredients, like sweet potatoes, which often naturally absorb the metals from soil.

“The mission of the Baby Food Council was a shared recognition that there was a problem that needed to be solved,” said Healthy Babies Bright Future’s National Director Charlotte Brody.

When the council was started, its members met monthly, first in person, and then over Zoom during the pandemic. But those relationships soured over this summer when, Brody and EDF say, the baby food companies refused to provide information key to setting such voluntary standards.

Prior to setting limits on heavy metals in baby food, Brody said, the natural first step would be to see what levels of different toxins already exist in finished products. The four baby food companies had previously agreed to provide that information to the council by August, Brody said, but then missed the deadline. One company — Hain Celestial, which owns Earth’s Best — told the council outright that it would not provide the information. The other companies simply never provided the data.

“We needed to know the current range to know the starting line so we could measure progress toward reducing these levels,” Brody said. “And that didn’t seem to me at the beginning to be a high barrier, but then it became one and we never got those numbers.”

Tom Neltner, senior director for safer chemicals at EDF, agreed. He said he spent eight hours a week on work for the Baby Food Council, a time commitment that he found “hard to justify” when the companies stopped cooperating.

“It’s really hard to get continuous improvement if you don’t have a baseline and if you don’t know where you are at,” he said. “It’s essential to a standard and the companies were just unwilling or unable to share that data."

Neltner noted that the council had planned to use that baseline data not only as a baseline to track companies’ progress on lowering heavy metals in baby foods and to set a new voluntary standard, but also for research into the production line. The council had partnered with researchers at multiple universities, including Cornell University’s College of Agriculture and Life Sciences, who could have dug into the data to compare differences in companies’ supply chains and farming practices used by suppliers to see if any differences in techniques led to lower levels of neurotoxins in the final products.

“It wasn’t going to just be the benchmark for the standard but also looking at if we wash squash this way or peel carrots that way, does that change the heavy metals content,” he said. “We would have been able to identify opportunities.”

In a statement, a Gerber spokesperson said the company “disagrees with any characterization that we are not committed to progress on this very important issue.” They did not respond to specific questions about why Gerber did not share data on heavy metal contents of its products with the council, but the spokesperson said, “Gerber values the purpose of the Baby Food Council as it offered the best opportunity to work with multiple stakeholders on the shared mission of lowering the presence of heavy metals in baby food.”

Beech-Nut also said it “remains fully committed to working with the remaining members of the Baby Food Council and other stakeholders to further advance next generation quality and safety initiatives.”

But both Beech-Nut and Gerber also implied that they were no longer focused on the effort since the Food and Drug Administration announced a new action plan this spring, dubbed “Closer to Zero,” promising to review existing guidance on arsenic in baby foods and set new guidelines for the other three heavy metals.

“Gerber’s focus has shifted, as it must, from a voluntary standard to supporting the FDA to meet its objectives related to heavy metals,” the spokesperson said.

“With the commitment of the FDA to establish its ‘Closer to Zero’ action plan, the development of a separate, voluntary baby food standard is no longer appropriate,” Beech-Nut said.

Earth’s Best and Happy Family Organics did not respond to requests for comment.

FDA’s “Closer to Zero” plan has been roundly criticized for including only vague timelines for regulatory actions. For example, guidance on new lead levels in baby foods could be finalized in 2022 and also in “2024 and beyond.” The plan does not include any timelines to finalize standards for other heavy metals in baby foods.

That plan was released after a House Oversight and Reform Committee report released last winter found high levels of heavy metals in baby foods produced by all four members of the Baby Food Council , making national headlines. FDA currently only has one standard for any heavy metals in any baby foods — a 100 parts per billion limit on arsenic in baby rice cereal. But an E&E News investigation found that even those limits were set based on “feasibility” for companies rather than children’s health (Greenwire, April 8).

The insufficiency of FDA’s Closer to Zero plan is one reason 23 attorneys general have petitioned the agency to pose interim limits on inorganic arsenic, lead, cadmium and mercury in all baby foods and to propose stricter regulations on the amount of arsenic in baby rice cereal, among other things.

To Brody, FDA’s lack of a track record on heavy metals in baby foods is the reason the council’s work was so critical.

“To just go back to doing what is legal is not good enough for babies,” she said.

Though she had high hopes for the council when the effort began three years ago, she said she now feels like Healthy Babies Bright Futures was used by the companies for “green washing.”

“When we were going to measure our progress through a standard, it wasn’t just talk, it was action, and without a standard that measures if we are actually doing what we say, then it’s just talk,” Brody said.

Neltner isn’t quite as critical. He noted that, prior to EDF and Healthy Babies Bright Futures leaving the council, it had been able to compile a list of 13 laboratories that had the right skills and equipment to measure heavy metals in baby food. He said he is hopeful EDF will be able to continue working with individual companies at least on researching the root of heavy metals in the supply chain once the dust settles.