Holding back the years: Dems try new tack in reconciliation 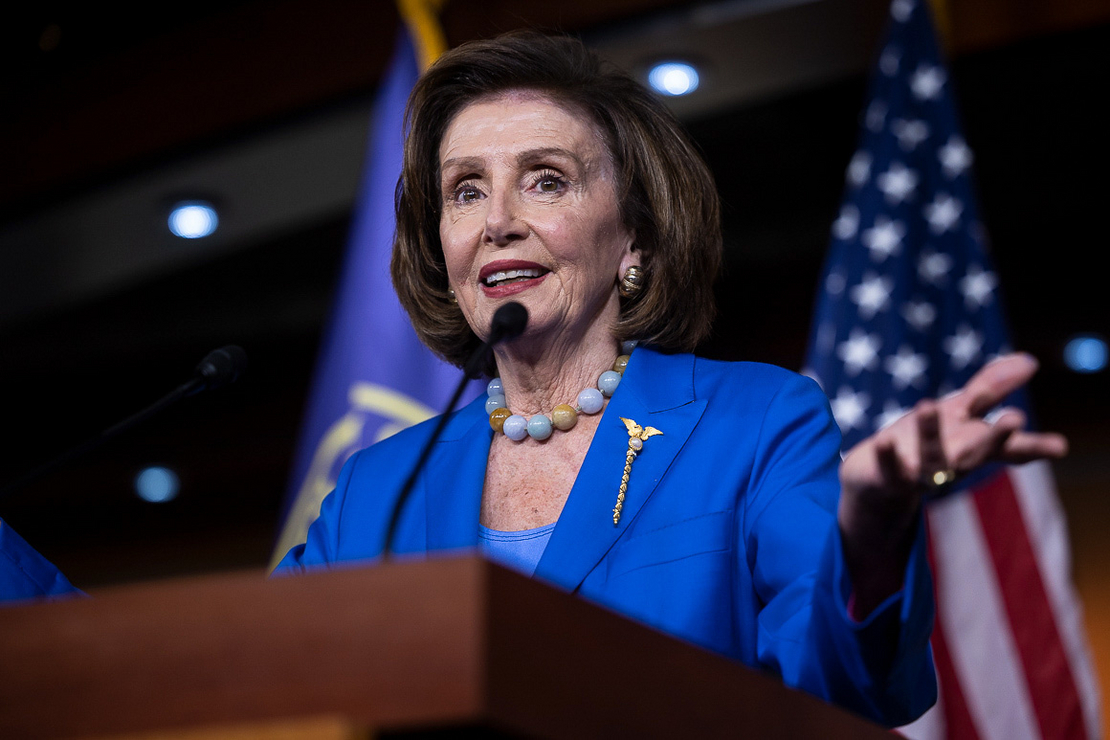 Congressional Democrats are trying to lower the price of President Biden’s domestic agenda by scaling back the length of some new initiatives and curtailing their costs rather than dropping them altogether.

Saying she was “very disappointed” that Congress won’t be able to pass a $3.5 trillion budget reconciliation bill favored by most of her members, House Speaker Nancy Pelosi (D-Calif.) said yesterday she instead expects a final bill to come in at “a couple trillion” dollars — a compromise to curry favor with moderate Senate Democrats Joe Manchin of West Virginia and Kyrsten Sinema of Arizona.

Pelosi also conceded that Democrats are going to have to make trade-offs to meet the lower cost. “You may do fewer things well,” she told reporters at her weekly press conference.

Pelosi declined to say what programs might have to be reduced, but stressed that the party would face “decisions” in the coming weeks on what’s included in the package, which is still expected to include big spending to fight climate change. She suggested that in some cases, cutting the length of funding would be a way to lower the price tag.

“The timing could be reduced in cases to make the costs [for some programs] lower,” she said. “But it would only be in a way that does not undermine the transformative nature of it.”

The reconciliation bill was initially designed to fund programs over the course of a decade, but congressional Democrats and the Biden administration are now looking at which programs could be paid for in shorter windows so as not to sacrifice the ambitious scale and scope of the original package.

Rep. John Yarmuth (D-Ky.), the chair of the House Budget Committee, who announced his retirement yesterday, said he believed there were still some divisions within the House Democratic Caucus about whether to invest in many programs at lower funding levels or restrict the bill to fewer programs at more robust dollar amounts (E&E News PM, Oct. 12).

“We had a meeting last week of leadership and committee chairs,” Yarmuth said. “And I would say that the discussion came up as to what people thought the better course of action would be … either to try to keep all the elements and pare them down, or to focus on three or four most important elements. And I would say the group was split pretty much in half.”

But, he continued, “the half that thinks it might be better to focus on a few couldn’t agree on what the few would mean. And so it’s gonna be difficult either way, but my guess is we’ll probably try to keep all the elements and pare them down.” 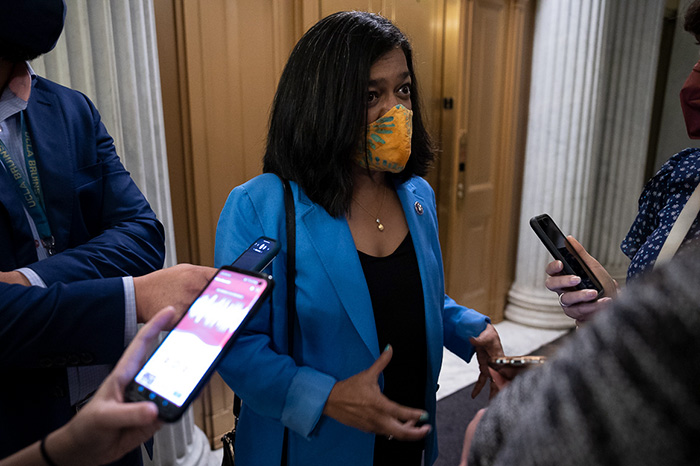 “That is where we are, as well,” Jayapal told reporters on a conference call.

She said that a majority of the 96-member liberal caucus supports keeping the five top priorities it laid out earlier this year — including aggressive climate action — but would be willing to “cut some of them back to a fewer number of years” if need be.

More important to progressives than the duration of programs that would be created by the reconciliation bill are the “universality … and the immediacy of benefits” rather than having them last for the entire 10 years as initially envisioned, Jayapal said.

An exception to that rule, Jayapal said later in an interview with reporters on Capitol Hill, would be with certain climate provisions, where a decadelong funding commitment could be critical to the success of efforts to compel entities to lower emissions and invest in renewable energy sources.

“The important thing is, because the climate provisions rely on the marketplace in terms of supply — in terms of sort of the stick and the carrot, it is important that those are longer,” she explained.

“Do they have to be 10 years? I think so. But I’m open to seeing how people think about that. It’s got to be a long period of time, because the market is trying to make a transition to cutting carbon emission, and we have to have both the carrot and the stick.”

Asked whether she thought party leaders and the White House were in agreement on this point, Jayapal conceded that she wasn’t sure but said she "thought so."

Jayapal also singled out the Clean Electricity Performance Program (CEPP), which would penalize electricity suppliers that don’t meet specific clean energy targets, as one example of a program that needs a 10-year funding window or something close to it. Serious questions remain about whether the CEPP will survive the reconciliation process at all, given Manchin’s fierce opposition to the proposal (E&E Daily, Oct. 1).

Democrats are hoping to meet an Oct. 31 deadline for reaching a reconciliation agreement, the date on which a stopgap extension of federal surface transportation funding expires.

Congress was forced to pass this patch when progressives refused last month to advance the $1 trillion bipartisan infrastructure package — which includes a five-year surface transportation reauthorization — without an agreement on the reconciliation measure.

Yarmuth said he was optimistic that lawmakers would reach the deal by that date, but tensions are continuing to run high, and some members don’t see the urgency.

While Jayapal reiterated yesterday progressives’ position that both the Senate’s bipartisan infrastructure bill and reconciliation must move in tandem, she downplayed the expiration of the 30-day extension of federal surface transportation programs that lapses at the end of the month.

The highway programs, she noted, could simply be extended again for a short period to allow more time for negotiations on the reconciliation bill.

“The important thing is, let’s deliver both bills and get them right,” Jayapal said.

Meanwhile, Senate Budget Chair Bernie Sanders (I-Vt.), also participating in the conference call with Jayapal and Markey on Monday afternoon, continued to rail against Sinema and Manchin, accusing them of extending no counteroffers on reconciliation (E&E Daily, Oct. 7).

“The time is now long overdue for Sen. Manchin and Sen. Sinema to tell us exactly where they are,” Sanders said on the call. “What do they want to cut?”