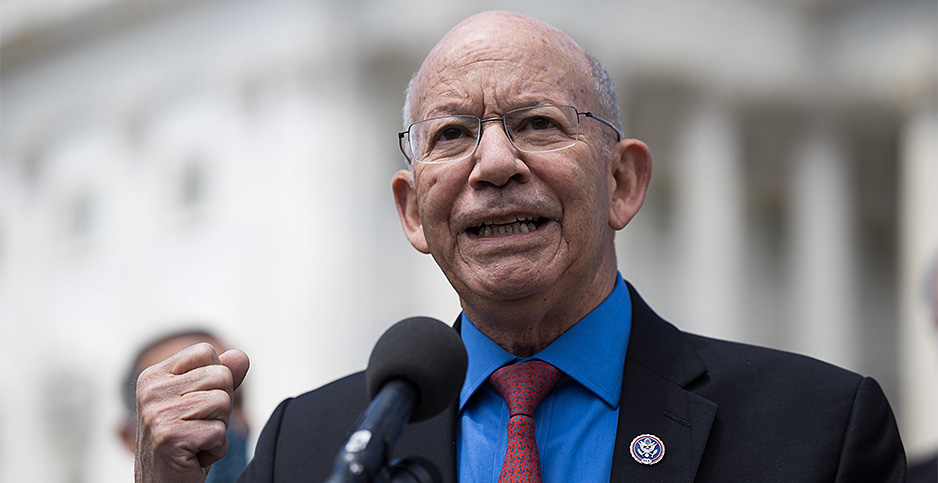 House Democrats today introduced a long-anticipated surface transportation bill, eliciting scorn from their Republican colleagues, who say the measure goes too far to the left.

The $547 billion "Investing in a New Vision for the Environment and Surface Transportation in America Act," or "INVEST in America Act," would allocate record funding for passenger rail, public transit, cycling, walking and other zero-emissions infrastructure over a five-year period. The measure would also invest in connecting communities cut off by highways and roads.

"The INVEST in America Act puts a core piece of President Biden’s American Jobs Plan into legislative text, seizing this once-in-a-generation opportunity to move our transportation planning out of the 1950s and toward our clean energy future," House Transportation and Infrastructure Chairman Peter DeFazio (D-Ore.) said in a statement.

The legislation would allocate $343 billion to repairing and fortifying existing roads and bridges. About $4 billion of that would go toward electric vehicle charging infrastructure, and $8.3 billion would be dedicated to activities that reduce carbon emissions.

The measure would invest $109 billion in transit to increase routes, reduce maintenance backlogs and scale up zero-emission vehicles.

The remaining $95 billion would go toward passenger and freight rail, tripling funding for Amtrak and upgrading service on the Northeast Corridor.

"I believe the country today requires a new and more comprehensive approach well beyond our prior bills," Del. Eleanor Holmes Norton (D-D.C.), chair of the T&I Subcommittee on Highways and Transit, said in a statement. "For example, this bill takes on entirely new issues never before considered, such as climate change and multi-modal access in and through cities and towns."

House Republicans, led by T&I ranking member Sam Graves (R-Mo.), dubbed the proposal the "My Way or the Highway Bill 2.0," saying it doubles down on restrictive policies and costly diversions.

"Instead of working with Republicans to find common ground on a bill that could earn strong bipartisan support — something our Senate counterparts did successfully last month — this bill moves even further to the left to appease the most progressive members in the Majority’s party," the GOP lawmakers said in a statement.

Republican Reps. Rodney Davis of Illinois, Rick Crawford of Arkansas and Garret Graves of Louisiana, House T&I subcommittee ranking members, said of the new House bill: "Despite a narrower margin of power and the President’s call for bipartisanship, the Majority never seriously considered incorporating Republican priorities and reaching a compromise."

House Republicans last month released their own proposal, which calls for a $400 billion investment over five years for federal highway, transit and safety programs (Greenwire, May 19).

The T&I Committee is slated to mark up the Democrats’ bill next Wednesday, along with a wastewater proposal also opposed by Republicans, H.R. 1915 (E&E Daily, May 14).

The tension is mirrored in the larger and ongoing infrastructure debate among Democrats, Republicans and the White House.

Meanwhile, progressives are putting increasing pressure on Biden to not capitulate to Republican demands. Activists with the Sunrise Movement today gathered outside the White House to call on the president to pass the "boldest version" of his American Jobs Plan.

"It’s time to meet with us, the young organizers that elected him, instead," Varshini Prakash, executive director of the Sunrise Movement, said in a statement. "This moment demands an infrastructure package that will stop climate change and create millions of good jobs in the process, and we won’t stop until he delivers."