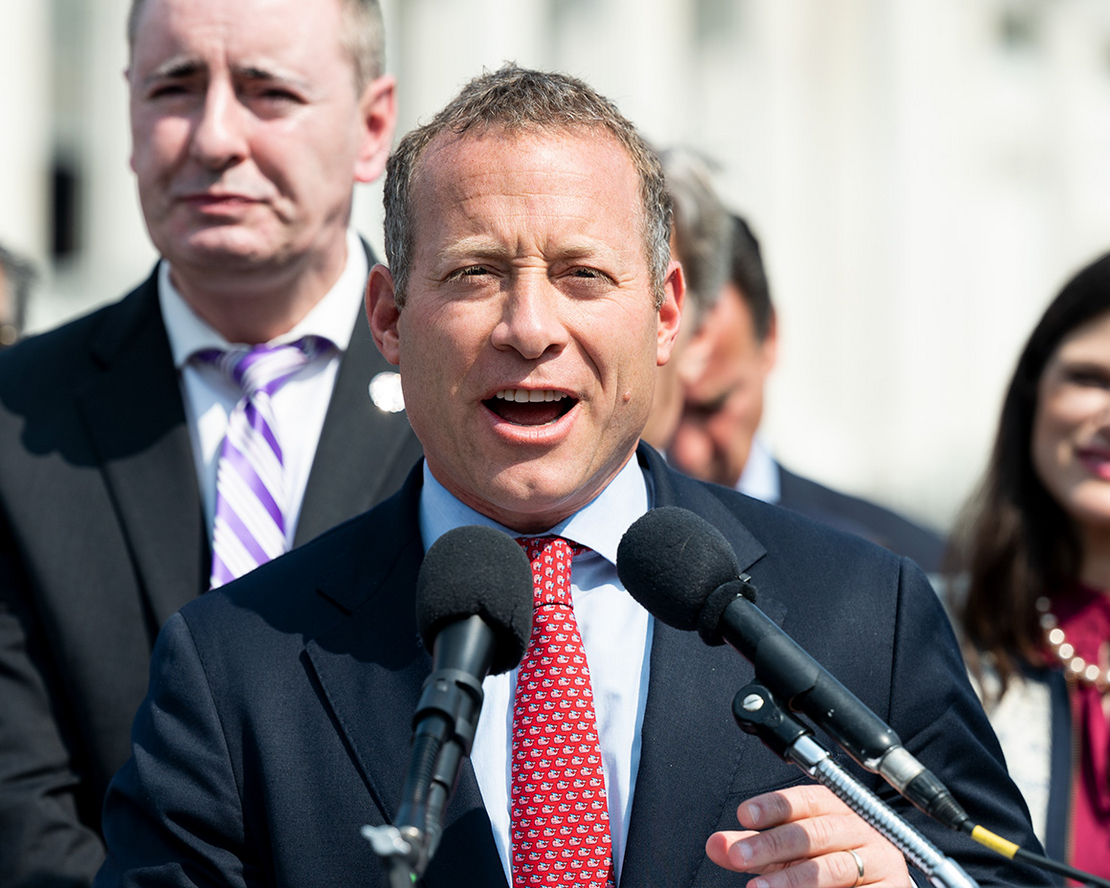 A bloc of House Democratic moderates is threatening to withhold support for the $3.5 trillion budget resolution until the Senate-passed bipartisan infrastructure bill is signed into law, throwing a potential roadblock into congressional leaders’ two-track legislative strategy.

Nine Democrats laid out their position yesterday in a letter to Speaker Nancy Pelosi (D-Calif.), saying they disagreed with her decision to hold off on passing the bipartisan Senate package, H.R. 3684, until that chamber first passes the $3.5 trillion reconciliation package under development.

“Some have suggested that we hold off on considering the Senate infrastructure bill for months — until the reconciliation process is completed,” wrote the Democrats, led by Rep. Josh Gottheimer (D-N.J.). “We disagree. With the livelihoods of hardworking American families at stake, we simply can’t afford months of unnecessary delays and risk squandering this once-in-a-century, bipartisan infrastructure package. It’s time to get shovels in the ground and people to work.”

Furthermore, the Democrats wrote, “we will not consider voting for a budget resolution until the bipartisan Infrastructure Investment and Jobs Act passes the House and is signed into law.”

The threat poses a new challenge to the delicate effort by the White House and Democratic leaders to thread the needle on infrastructure by passing both the Senate’s $1.2 trillion bipartisan plan and the upcoming reconciliation package.

Moderates in both chambers have been wary of the price tag of the broader infrastructure push, and all the signatories of the letter face competitive races next year.

In addition to Gottheimer, who as co-chair of the Problem Solvers Caucus has encouraged the bipartisan talks for months, Democrats who signed were Reps. Carolyn Bourdeaux of Georgia, Jared Golden of Maine, Oregon’s Kurt Schrader, Jim Costa of California and Ed Case of Hawaii, as well as Vicente González, Henry Cuellar and Filemon Vela of Texas.

The defection of just a handful of Democrats in the House could sink either package; the margin for error is even smaller in the 50-50 Senate, where Energy and Natural Resources Chairman Joe Manchin (D-W.Va.) this week reiterated his fears over the cost of the $3.5 trillion budget resolution, S. Con. Res. 14, that passed early Wednesday with his support (Greenwire, Aug. 12).

But House progressives, who vastly outnumber their more moderate Democratic colleagues, are strongly behind Pelosi’s wait-and-see strategy on the bipartisan push. They have made clear they will only support the Senate’s bipartisan infrastructure plan if their own priorities are addressed in reconciliation — including climate change.

In a nod to progressive concerns over climate change, the centrists noted to Pelosi yesterday that the bipartisan package allocates “significant resources” to electric vehicles, climate resilience, and environmental cleanup of orphaned wells and contaminated sites.

While the Senate made headway on the two-step process this week by passing both the bipartisan package and the budget resolution, both tracks still have a long way to go to reach the president’s desk.

Under the current schedule, the House will come back the week of Aug. 23 to pass the budget resolution. It’s the first step to unlocking the reconciliation process that allows legislation to bypass a Senate filibuster and pass by a simple majority.

Senate Majority Leader Chuck Schumer (D-N.Y.) has tasked committee chairs with assembling their portions of the reconciliation package by mid-September, with a vote to follow as quickly as possible (E&E Daily, Aug. 12).

He sought to project unity among his party this week, even as he conceded the difficulties of the ambitious legislative endeavor Democrats are pursuing.

“What we’re doing here isn’t easy,” Schumer said Wednesday. “We’ve labored for months and months to reach this point. And we have no illusions. … Maybe the hardest work is yet to come. But we are united in a desire to get it done.”