How Biden’s NEPA plan could change the energy sector 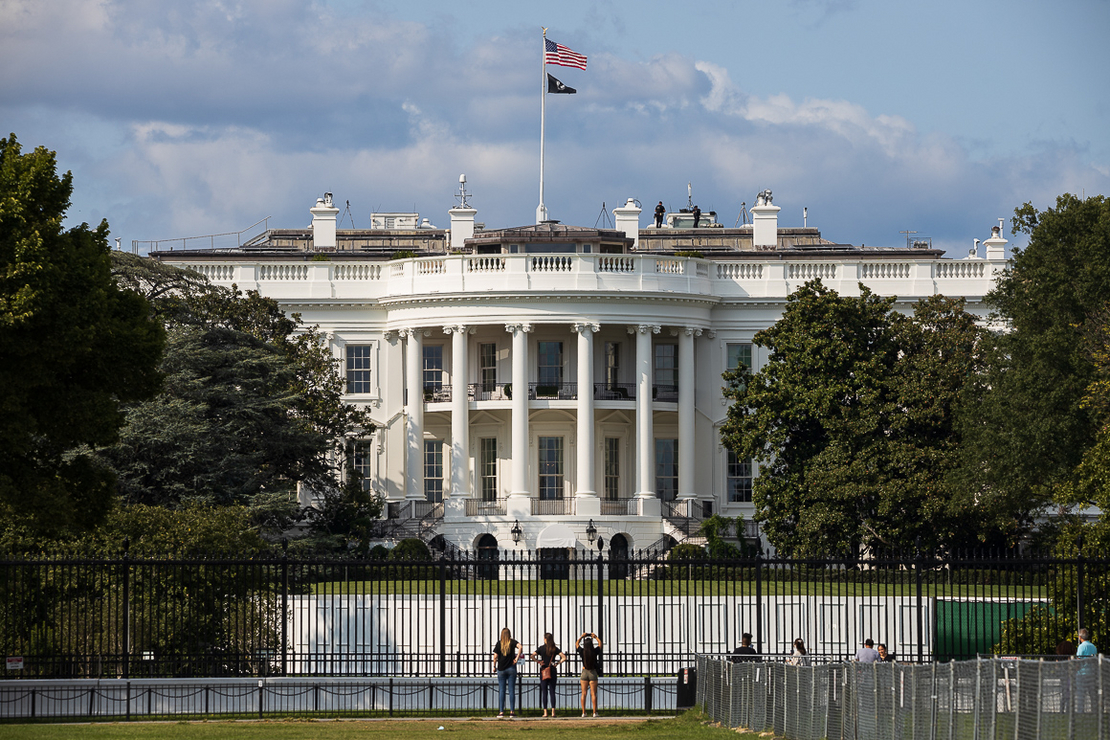 The White House as photographed on Sept. 10. Francis Chung/E&E News

New White House guidance on a landmark environmental law may ease uncertainty about the federal review process for energy projects, even as it leaves unanswered questions about legal cases and how agencies analyze climate and environmental justice, observers say.

The Council on Environmental Quality announced a proposed rule to revise regulations for how federal agencies should implement reviews under the National Environmental Policy Act. The plan will affect the assessment of projects ranging from pipelines and compressor stations to oil and gas leases on public lands.

The proposal is the first in a two-part CEQ rulemaking on NEPA expected under President Biden, and it comes after the Trump administration had finalized rules altering NEPA guidance that dates back to 1978. When Trump proposed his own NEPA changes, he said his plan would bring an end to "mountains and mountains of bureaucratic red tape."

"CEQ is targeting the worst aspects of the Trump regulatory changes," said Robert Percival, director of the Environmental Law Program at the University of Maryland.

The Biden administration’s proposals include restoring agencies’ obligation to consider the indirect and cumulative impacts of projects, including climate change, as well as giving the green light for agencies to assess less environmentally harmful project alternatives (Greenwire, Oct. 6).

"The proposed changes by the Biden administration will be most welcome in helping agencies understand how to deal with these extremely important issues," Percival said.

CEQ noted that this first phase of Biden NEPA rulemaking focused on provisions aiming to return to the original 1978 standards, meaning the agency interpretations would revert to the status quo before the Trump administration’s 2020 regulations.

The proposed rule "clarifies that the agency regulations are a floor, not a ceiling," said Rosalie Winn, a senior attorney at the Environmental Defense Fund, one of the organizations challenging the Trump NEPA rules in court.

Having a proposed rule in place is important for agencies that have known for months that the Biden administration planned to alter the Trump plan but did not know the specifics, observers said.

Agencies have since been in a "holding pattern" as they have needed to move forward with permitting but were simultaneously waiting for the Biden administration to clarify its guidelines for how they should comply, said Hana Vizcarra, a staff attorney at Harvard Law School’s Environmental & Energy Law Program.

Vizcarra said the lack of CEQ regulations had been creating “a lot of uncertainty for anyone coming before those agencies, as well as the agencies themselves, on how they are supposed to be operating, at a time when the administration is really pushing for a lot of action.”

"I think what this does is provide a little bit of a road map for agencies," said Vizcarra, adding that the new proposal provides a “safe haven” for agencies to move forward with their pre-2020 way of operating.

However, the remaining uncertainty about the next phase of NEPA changes is worrying some advocates who have pushed to overturn the Trump rules. CEQ is expected to address environmental justice, climate change and public engagement in the environmental review process.

One ongoing issue is defining what projects are exempt from further NEPA analysis if they were previously found to have minimal environmental impacts. The Trump administration had made changes to what projects qualified.

These categorical exclusions were not mentioned in yesterday’s proposed rulemaking, said Randi Spivak, public lands program director at the Center for Biological Diversity.

"It’s pretty disappointing that phase one is not looking at the change of categorical exclusions," she said.

She called for CEQ to move quickly, since the Trump rules remain on the books until CEQ finalizes their replacement with both sets of rules.

Yet others said that the Trump plan did not have much of a chance to take effect under Biden, though they expressed concerns about the risk of keeping "bad rules" on the books.

While the Trump-era regulations ran against the letter and spirit of NEPA, the regulations had "virtually no impact," said Erik Schlenker-Goodrich, executive director of the Western Environmental Law Center.

The Biden plan could mean an uncertain fate for the remaining cases challenging the Trump NEPA standards. Although one district court case in Virginia has been dismissed, three others are on hold pending the CEQ rulemaking. The cases aimed to ensure that agencies would continue to assess factors such as the cumulative and indirect impacts of major projects like pipelines.

"The cases are presumably not moot, because this is not a full rollback," said Max Sarinsky, a senior attorney at the Institute for Policy Integrity at New York University School of Law.

"The administration certainly could ask the court to continue the abeyance because they are still in the process of the phase two rulemaking that is up to the court’s discretion," he said.

Winn, who is representing EDF in one of two challenges to the Trump rule pending in the U.S. District Court for the Northern District of California, declined to comment on what environmental groups would like the court to do next.

"The proposal … contains a number of critical changes in terms of restoring NEPA and the long-standing NEPA regulations, but it doesn’t address everything that was done," she said.

Another case, brought by the Environmental Justice Health Alliance in the U.S. District Court for the Southern District of New York, is also still on ice.

There may also be reasons for the Biden administration to keep some aspects of the Trump-era rules, experts said.

"Aspects of the Trump changes that make the [NEPA] process work more efficiently without undermining achievement of the statute’s goals are welcome," Percival said.

"Agencies will need to cope with an avalanche of infrastructure and renewable energy projects in the near future," he said.

Mario Loyola, a senior fellow at the Competitive Enterprise Institute and former associate director at CEQ involved in preparing the 2020 NEPA rule revisions, said the Biden administration was in a tough spot.

"Powerful environmentalist groups want to go back to the pre-Trump rules," he said in an email, "but the renewable energy sector knows that under the old rules they can’t get a tenth of the permits they need to meet the administration’s clean energy goals."

"If CEQ’s proposed changes mean going back to business as usual, that is bad news for America’s infrastructure, and for renewable energy most of all," he said.