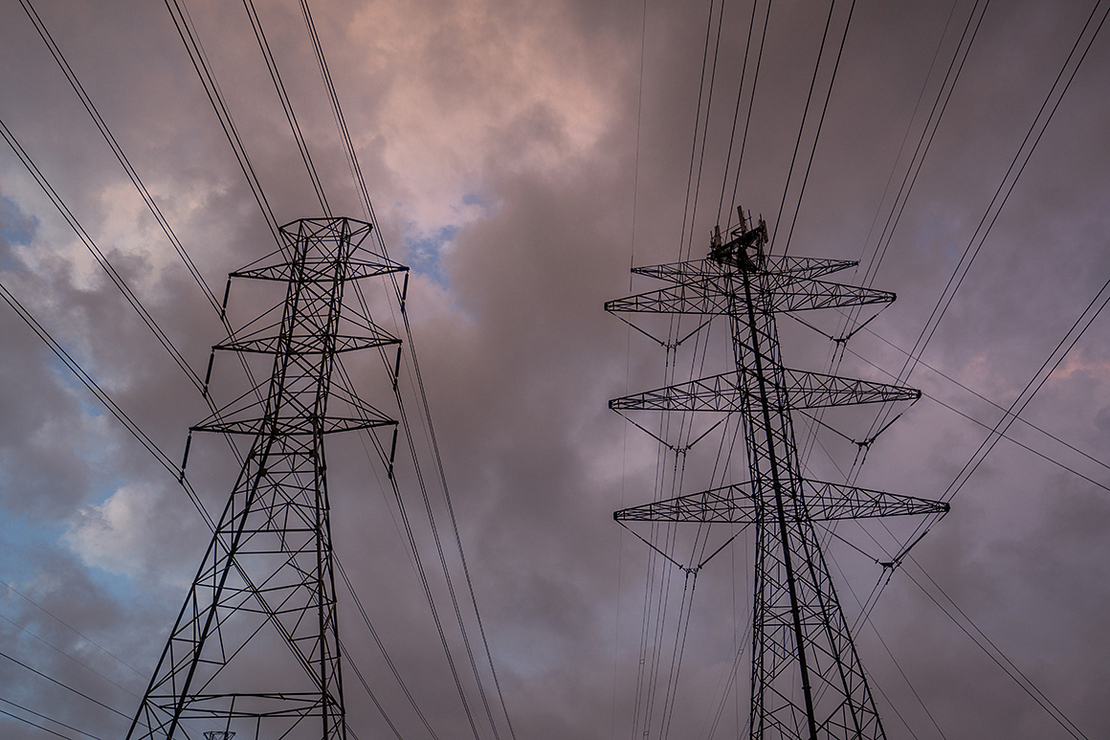 After a boom in wind and solar generation, regulators in the nation’s top energy-producing state are pushing ahead with a plan that would incentivize more natural gas plants on the power grid.

The new framework could remake Texas’ electricity mix for years to come, clouding the outlook for renewable energy even as federal incentives are pushing those sources onto the grid.

The plan won approval from the state Public Utility Commission last week, setting terms for how the electricity market may change. The structure — which passed the PUC unanimously almost two years after winter blackouts crippled the state — is designed to aid reliability while retaining some of Texas’ unusual electricity system.

Critics, however, warn that the PUC is pushing the state toward a market design rooted in the past instead of embracing renewable energy and accelerating efforts to cut electricity use when demand is highest. Some also say the proposal would raise power costs for customers. And powerful legislators question whether the PUC’s plan will offer the reliability its supporters promise.

In a letter to regulators last week, Schwertner said the PUC’s design represented a “substantial departure” from what legislators previously directed the commission to consider.

Texas’ main power market has relied for years on a competitive design that allows generators to reap high prices when conditions are tight, potentially creating an incentive for companies to build more power plants. However, as renewable energy production becomes cheaper and a growing population pushes up demand, that structure is colliding with efforts to make sure there’s enough electricity during periods of extreme heat and cold.

State lawmakers, Schwertner said, “did not direct the PUC to replace the state’s energy-only market with an unnecessarily complex, capacity-style design that puts the competitive market at risk without guaranteeing the delivery of new dispatchable generation.”

With the PUC’s approval of a new outlook, legislators and officials from the Electric Reliability Council of Texas (ERCOT) — the state’s main grid operator — will now debate next steps for the plan. Texas is seeking to try an unproven method to fix reliability problems plaguing numerous U.S. grid regions.

Here are answers to five key questions about Texas’ new plan for electricity.

Why is the Texas market being altered?

The market redesign has its roots in 2021’s Winter Storm Uri, where freezing temperatures led to widespread blackouts and the deaths of more than 200 people in Texas. As part of sweeping legislation after the storm, the Texas Legislature instructed ERCOT to commission a report on ways to restructure the market to avoid shortages.

Although legislation led to changes, including more oversight and weatherization of natural gas infrastructure, a winter storm near the end of 2022 highlighted the grid’s continued challenges. Below-freezing temperatures pushed ERCOT’s electricity demand to more than 73,000 megawatts — some 12,000 MW higher than ERCOT had forecast the day before and a wintertime demand total only topped by the 2021 storm.

ERCOT’s grid stayed intact in what Dan Woodfin, vice president of system operations, later called a “nonevent.” But there were dangers.

According to a report from the Federal Reserve Bank of Dallas, 10,000 MW of thermal power plant capacity — a segment that can include sources such as natural gas, coal and nuclear — and 6,000 MW of renewable generating capacity went offline during the storm in Texas’ main grid region. On top of that, production of natural gas from the ground was curtailed because of frozen equipment and at least one provider — Atmos Energy Corp. — had to cut some gas service.

“There have been significant improvements to the Texas electrical grid over the past two years,” wrote Garrett Golding, senior business economist at the Dallas Fed. However, he added, the fact that there haven’t been major blackouts since February 2021 “is a low bar to meet.”

Electricity demand across the state is rising, Golding wrote, and the grid’s power sources are not keeping up.

Grid reliability “increasingly hinges on an aging collection of coal and gas plants,” Golding wrote. Those sources, he added, “are proving less reliable at offsetting expected drops in intermittent power sources in both extreme cold and heat.”

What did the PUC recommend?

In order to fill the gap during those drop-offs in wind and solar generation or when other power plants go down, the PUC wants the grid to have enough dispatchable power —from sources like natural gas, nuclear or battery storage — to jump online in times of high demand.

Under a planned performance credit mechanism (PCM), power providers would commit to being able to produce enough energy during the handful of hours each year when the grid is most stressed. Electricity retailers, who send power to homes and businesses, would then purchase credits from those generators, committing to have access to additional power to fill those gaps (Energywire, Dec. 12, 2022).

In theory, that would offer generators a new source of revenue to invest in new power plants and advocates have said the plan will result in new steel in the ground. Texas Competitive Power Advocates, which represents competitive power generators and wholesale power marketers, has previously said that the group’s members could build more than 4,500 MW of new gas generation under the PCM model as proposed.

One MW can power about 200 homes during times of peak demand, according to ERCOT data.

“The PCM builds reliability into the successful competitive market in Texas, paying for the reliability that ERCOT needs to power Texas when the wind isn’t blowing and the sun isn’t shining, but without paying resources for merely existing,” said TCPA Executive Director Michele Richmond in a statement.

But PUC Chair Peter Lake said during a meeting Thursday that the plan would also offer a lifeline to some existing facilities.

“We heard from one generator who put [in] notice for leaving the market last month who said, ‘This is what I need to come back,’” Lake said.

Analysts have pointed out that there is no real-world model for the PUC’s proposal, making it impossible to predict how the market will develop.

What does this mean for renewables?

Despite being the country’s largest oil and gas producer, Texas has been rapidly adding wind and solar generation in recent years thanks in part to lower prices and federal incentives. Texas also previously used a state program to spur the construction of transmission lines and help tie new renewable projects to the grid.

Wind and solar accounted for more than 30 percent of the electricity generation for ERCOT’s region last year, though at times their share can be much higher or lower, according to data from the grid operator.

Regulators’ PCM plan is a direct response to that momentum and would favor nonrenewable resources — like natural gas plants — that don’t have the intermittency concerns on normal days that come with renewables.

“The Sierra Club remains concerned that this new mechanism will provide extra money to long-standing fossil fuel generators and will fail to ensure the reliability or new investment that all Texans are looking for,” said Sierra Club Lone Star Chapter Conservation Director Cyrus Reed in a statement.

“If the PCM moves forward, allowing energy efficiency, distributed generation and demand response, and new technologies like storage to provide the service will be key to keeping costs lower and assuring that Texas does not overbuild for the few hours a year that the PCM would actually be used,” Reed added.

The report from market analysts E3 that pitched the PCM model among other ideas forecasts that wind and solar would still grow to dominate the market in the near future.

The report projects that renewables would account for nearly 50 percent of ERCOT’s supply in 2026 — when the PCM plan could take effect. By contrast, natural gas under that plan would be roughly 30 percent of supply in 2026, down from its current estimated 40 percent share.

What still needs to be decided?

In short, a lot. The PUC’s vote covered only a memo that offered a broad framework for how the PCM would work, kicking many of the details down the road.

One key question is whether the plan will only favor supply-side resources or whether demand response tools will be credited under the plan.

“The supply side and the demand side can both solve the problem,” Glotfelty said. “If we allow both sides to put competitive pressure on each other, we come to a better solution for the consumer.”

Lake, however, said that making demand-side programs eligible for performance credits would not work within the market design. The proposal approved by the PUC leaves the role of demand response as an open question.

The PUC previously rejected a petition to lift the state’s energy efficiency standard, but has launched an efficiency task force (Energywire, Oct. 7, 2022).

Distributed resource advocates are also making their case for inclusion in the new market.

Corey Amthor, president of Houston-based microgrid company Enchanted Rock, told E&E News that his company’s small gas-powered generators can play as much of a role in grid resiliency as a traditional power plant.

“We call them dual-purpose microgrids because they can be used for backup power when grid power is not available and they can provide power back to the grid when it is available. You get a subsidized asset from both perspectives,” Amthor said. “All we’re asking is that we not be ignored. Whatever rules are in place for the big boy generators, we want the same access.”

A number of other key details have yet to be determined, including how regulators will calculate the hours of demand that merit PCM compliance, how penalties will be crafted and how performance can be tracked. Commissioners also said there needs to be rules to prevent market manipulation, where companies could exploit the system for profit.

What are the next steps?

The proposal will now face approval by the state House and Senate, where the reception may be frosty.

Schwertner’s letter was a warning sign that there is still intense skepticism for how the PUC’s model will work as Republicans and Democrats have questioned the idea. However, it’s unclear whether legislators will be able to agree on a new idea or craft legislation to send the PUC back to the drawing board.

Of particular concern to lawmakers will be the cost. E3’s initial report estimated that the PCM plan could increase total system costs by $460 million a year, equivalent to about $2 more on a monthly $100 electricity bill.

The ERCOT board will also have a chance to work out details with PUC staff. With the revised model not expected to launch until 2026, both the grid operator and the state agency are going to work on a bridge plan that would help the market transition.

In last week’s hearing, Lake said there is still work to do. But he said he was confident the PUC’s work would stand up to scrutiny.