How the Ukraine war could make New Englanders shiver 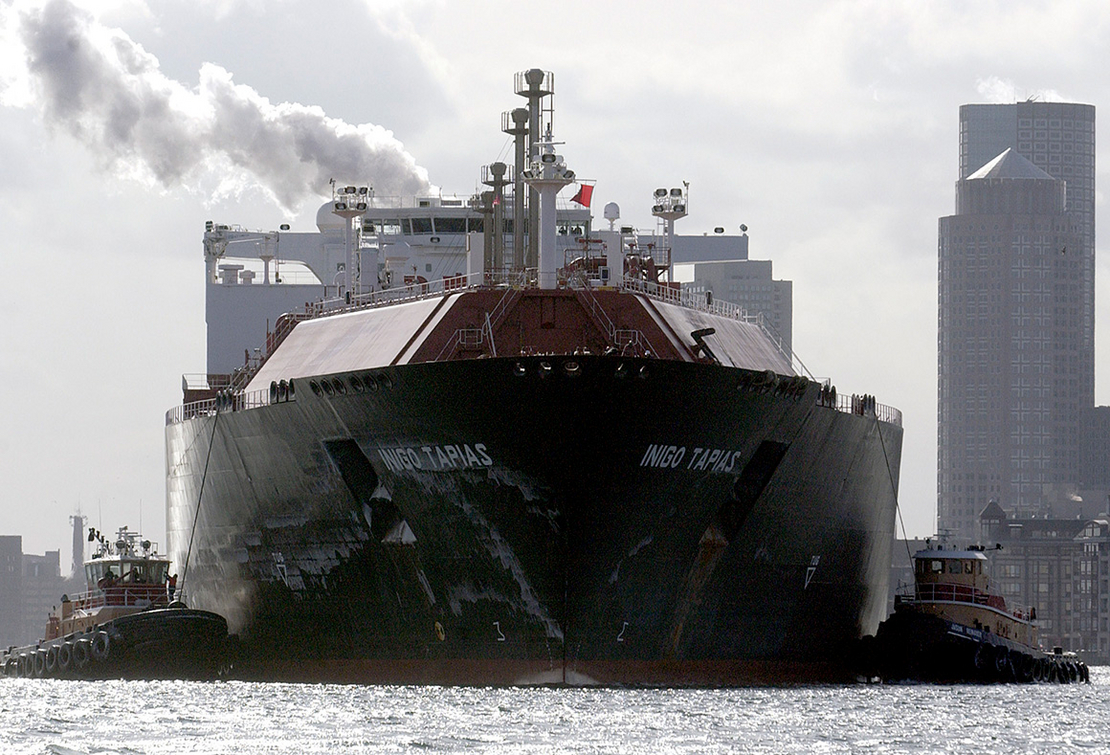 As coal, oil and nuclear power plants have retired en masse in recent years, New England has turned to liquefied natural gas to keep the lights on and energy prices low.

But with Europe scrambling to offset its use of Russian gas by importing more LNG, the region could find itself facing skyrocketing gas prices next winter.

The dynamic illustrates New England’s mounting reliance on natural gas and the halting nature of efforts to green the region’s power supplies. The six New England states, which are served by a common electricity market, have struggled to replace their retired power plants with large-scale renewable projects or new pipelines to serve their existing gas facilities.

LNG has helped paper over the cracks. Cargoes delivered to a trio of marine terminals in Massachusetts and New Brunswick have helped the region compensate for its limited pipeline network, which lacks enough capacity to serve heating and electricity demand during extended cold snaps.

But the strategy also has left New England exposed to the global LNG market. In previous years, the approach has paid off. Gas was cheap, and even some environmentalists supported LNG imports because they forestalled the need to build new gas pipelines.

Now, the region faces skyrocketing gas prices. Asia has long been the top destination for LNG cargoes. But Europe has jumped into the LNG market in the wake of Russia’s invasion of Ukraine, redirecting cargoes away from Asia and sending gas prices on both continents soaring.

“Every year you’re facing the same thing. It’s just that this time fundamentals are so tight that prices are going to reflect that,” said Nikolay Filchev, director of gas, power and climate solutions at S&P Global Commodity Insights.

The impact already has been felt in New England. LNG imports between December and February fell by more than a third compared with the previous winter, according to Energy Department figures.

Next winter could be even tighter. Russia, Europe’s chief gas supplier, cut pipeline deliveries to Bulgaria and Poland last month (Climatewire, April 27). A continentwide shut-off would exacerbate an already tight market, where LNG export facilities are operating near full capacity and American gas drillers are struggling to keep pace with demand.

“If other countries and other parts of the world are looking to other sources of LNG, we would expect that to increase prices paid here,” said Matthew Kakley, a spokesman for ISO New England, the regional grid operator. “If it is not available, it could pose a reliability problem.”

Analysts said they did not foresee a physical shortage of LNG shipments to New England next winter. The Everett LNG Terminal, one of two regasification facilities near Boston, has a long-term supply contract for 29 billion cubic feet of LNG annually through 2024.

Challenges could arise if New England LNG demand exceeds that level. New England LNG shipments were higher than 29 bcf every year between 2018 and 2020 before falling to 21 bcf last year, according to Energy Department figures.

But as gas prices have risen internationally, spot shipments to New England have dried up. New England’s two LNG terminals received spot shipments of 2.8 bcf in January and February, down from 18.9 bcf in the same two months of 2019.

LNG deliveries on long-term contract to Everett also have declined. Long-term deliveries were 9.6 bcf between December and February this past winter, compared with almost 15 bcf the prior year.

“The contract insulates you somewhat, but you’re still at the mercy of global pricing to some extent,” Filchev said. “If you have to source significant volumes on the spot market, those will come at price.”

LNG emerged as a solution for shipping gas over distances that could not be overcome by pipelines. Gas is chilled to minus 260 degrees Fahrenheit, enabling larger volumes to be placed on a ship and exported around the world. Once it arrives in port it is regasified and distributed via pipelines.

Many LNG facilities in the United States were initially conceived as regasification plants at a time when America had limited gas supplies. The Everett terminal, for instance, came online in 1971. The region is also served by Northeast Gateway outside Boston and Saint John LNG in New Brunswick, which delivers gas to New England via pipeline crossing into Maine.

New England is the sole region of the United States to import LNG today. In fact, the advent of hydraulic fracturing and horizontal drilling unleashed a wave of new U.S. gas supplies and spurred a proliferation of American liquefaction facilities. The United States now rivals Qatar as the top LNG exporter in the world.

Yet in a twist, New England does not import American LNG. The majority of the gas delivered to the region comes from Trinidad and Tobago. The oddity is owed in large part to U.S. shipping rules, which prohibit shipments between American ports by foreign-flagged vessels. The United States lacks American-flagged LNG tankers.

New England’s reliance on LNG to prop up its grid is underscored by the Mystic Generating Station, a large natural gas plant near Boston. Mystic receives gas exclusively from the Everett LNG Terminal. Both facilities are owned by Constellation Energy, a Baltimore-based power company recently spun out of Exelon Corp.

In 2018, Exelon announced plans to close Mystic this year. The announcement prompted a warning from ISO New England, which said the region could face rolling blackouts if the plant were to close. The Federal Energy Regulatory Commission subsequently approved a plan for Mystic to recover additional payments from New England consumers to stay open through 2024 (Energywire, Dec. 5, 2018). Those payments are set to begin next month.

In a short statement, Constellation said it already has contracted for LNG supplies needed next winter for Mystic and its other customers, which also include regional gas utilities.

But some said the situation underscored the growing challenges facing New England’s grid. A combination of cheap natural gas and increasingly ambitious state climate policies in the last decade drove the region’s fleet of old coal- and oil-fired power plants into retirement. Each fuel now accounts for less than 1 percent of the region’s electricity generation. Two nuclear facilities also closed in the face of low gas prices and concerns over their safety.

Gas has picked up much of the slack. ISO New England reports that the fuel accounted for more than half of the region’s power generation last year.

But other large-scale renewable projects meant to replace New England’s retiring power plants have not come to fruition. A decadeslong effort to build offshore wind won’t yield its first major project before 2024. Maine voters blocked a transmission line that would have brought more hydropower from Canada into the region. And utility-scale wind and solar projects onshore have been few and far between.

The challenges have been compounded by the region’s limited gas infrastructure.

New England lacks gas storage. Its pipeline network is limited. In a cold snap, much of the existing capacity is dedicated to heating demand — prompting frequent warnings from ISO New England that the region’s gas plants could face interruptions in fuel supplies during an extended cold snap. Efforts to build new pipeline capacity, meanwhile, have encountered fierce opposition.

This winter, the region’s grid was challenged by a January cold snap, interruptions in electricity imports from Canada and New York, and an outage at one of the region’s nuclear facilities, said Dan Dolan, president the New England Power Generators Association, a trade group representing power plant owners.

“It does not take overly creative thinking to imagine a scenario where you have those different contingencies hit at once,” Dolan said.

A tight LNG market only adds to the stress the system is facing, he said.

“This was a really expensive winter for consumers,” Dolan said. “Yes, reliability was maintained. The system showed its resilience. All of that comes at a cost. As we look forward, with prices of domestic and international gas, as well as oil, none of that is abetting anytime soon.”

Greg Cunningham who leads the clean energy and climate change program at the Conservation Law Foundation, noted his organization has supported LNG imports because they prevented the need to build new pipelines while new renewable projects are built.

But ISO New England’s rules have failed to properly encourage new renewable projects — creating a barrier to large-scale wind and solar developments and leaving the region overly reliant on gas, he said.

“In the absence of a significant set of reforms,” Cunningham said, “we are at risk of these higher prices, and it’s because ISO New England isn’t doing its job.”