‘In the best-case scenarios, it ain’t particularly pretty’ 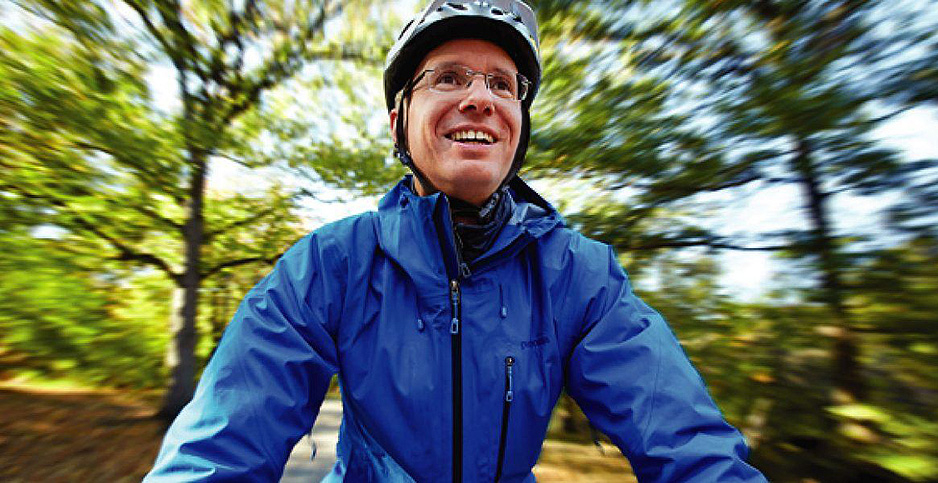 Aaron Bernstein, a pediatrician at Boston Children’s Hospital and a professor at Harvard University’s T.H. Chan School of Public Health, is an expert on heat waves. Harvard

This past weekend was dangerously hot.

More than 200,000 people across the United States were under excessive heat warnings. New York felt hotter than Delhi, while Washington, D.C., felt hotter than Death Valley. Temperatures crested in many places at 100 degrees Fahrenheit.

And now, Europe is roasting, with Paris setting a temperature record of 108.7 F yesterday.

Scientists say these types of heat waves will become more common and costly as a result of climate change.

Aaron Bernstein knows that all too well.

As a pediatrician at Boston Children’s Hospital and a professor at Harvard Medical School, Bernstein has extensively studied the effect of global warming and extreme heat on health outcomes in the United States.

If humans don’t take immediate action to curb fossil fuel consumption and carbon emissions, the future will be grim, the 42-year-old said in a recent interview.

A renowned faculty member at Harvard with a dual appointment at the Center for Climate Health and the Global Environment, Bernstein has also published research on infectious diseases and the importance of biodiversity to medicine.

The Chicago native and father of two spoke with E&E News this week about addressing uncertainty in climate science, advocating for a transition away from fossil fuels and staying cool.

You grew up in Chicago during the famous heat wave of 1995 that killed 739 people over five days. What was that like?

When the heat wave started, I was actually sent away to summer camp in northern Wisconsin. And I received a letter from my grandmother that said, "Thank God for air conditioning."

I thought, "How hot could it actually be?" And then I came back from camp in the middle of that heat wave. I remember getting off the bus and feeling as though I was being sat on by the air. The air literally felt oppressive. It was so humid and hot, it was like walking through pea soup. And that left a lasting impression on me.

More than 200 million Americans were under excessive heat warnings last weekend. As a doctor, how do you advise people to stay safe during those conditions?

In terms of staying safe in the heat, it can be everything from finding someplace that’s air conditioned or at least has a fan to drinking lots of water or finding shade.

Which populations are the most vulnerable to extreme heat?

Well, as a pediatrician, it’s a primary part of my job to keep kids safe. And children tend to spend more time outside playing sports during recess. There’s also a whole set of children with conditions like asthma or diabetes, where being out in the heat can be more risky.

And then, clearly, the most vulnerable are people who have certain medical conditions. And particularly in the elderly, people with kidney problems, heart problems and lung problems.

Have we seen unprecedented heat events in recent years?

Yes, we’ve been seeing heat events that are unprecedented. A couple of years ago, it got so hot in Phoenix that they had to cancel flights out of the airport because the planes couldn’t lift off. We’ve had heat events that have melted tires on the tarmac at LaGuardia Airport.

What do scientists know about the link between climate change and heat events?

These heat events that are happening are both longer and more intense than would have happened without climate change. The most recent National Climate Assessment made that clear.

How would you explain this link to the average layperson?

I’m going to draw on a metaphor that was given to me by Michael Oppenheimer, a climate scientist at Princeton. He talks about how if you’re a basketball player dribbling a basketball, and the temperature of the basketball is going up and down, that’s the temperature variability that we always see. But what we’re doing with climate change is now dribbling that basketball up a ramp. So the floor underneath it is rising.

Is there any uncertainty in the scientific community about the role of climate change in fueling heat events?

I don’t think there’s any uncertainty about the role of carbon pollution in driving more frequent and intense heat waves already. I think there’s some uncertainty around how much worse this problem is going to get across the century if we don’t do anything about it.

In the best-case scenarios, it ain’t particularly pretty. In the worse-case scenarios, we’re talking about large swaths of places where people live today being places where you can’t be outside for large portions of the year, or for more than an hour without having to get inside to air conditioning.

Do you ever interact with people who deny mainstream climate science or act as though the science is uncertain?

We only have one place to live. The challenge with the folks who are claiming that maybe we should wait, or maybe the science isn’t as certain as we need, is they’re acting as if there’s a planet B.

What do you say to people who deny the scientific consensus that the planet is warming at an unprecedented rate due to human activity and the burning of fossil fuels?

Well, there’s an important distinction here. There are some people who say the science is nonsense to justify their actions. There’s a very different group of people who are very concerned about taking action on climate change because it threatens their livelihood. These are the folks living in places in the country where coal, oil and gas are produced.

That’s a different challenge because it’s completely unethical to say we’re going to cut ourselves free of fossil fuels and leave huge numbers of people behind. So we need to do a lot more thinking about what this transition means to folks in these communities and how we can provide a future for them.

What’s something interesting about you that some people don’t know?

I actually bike to and from work in Boston 365 days a year — or however many days a year I’m going to work. Rain or shine, snow or sleet.

How did you personally spend last weekend, when it was 98 degrees in Boston?

Boston Children’s had its 150th anniversary this year. And last Saturday was the celebration of that. So I took my two boys to that celebration, which was outdoors. And we played outside, but we drank lots of water.

Children’s was also very well-prepared. There were lots of cooling tents with mist and shade. Fortunately, we’re all in good health. We all know how to stay cool, and we managed the heat effectively.