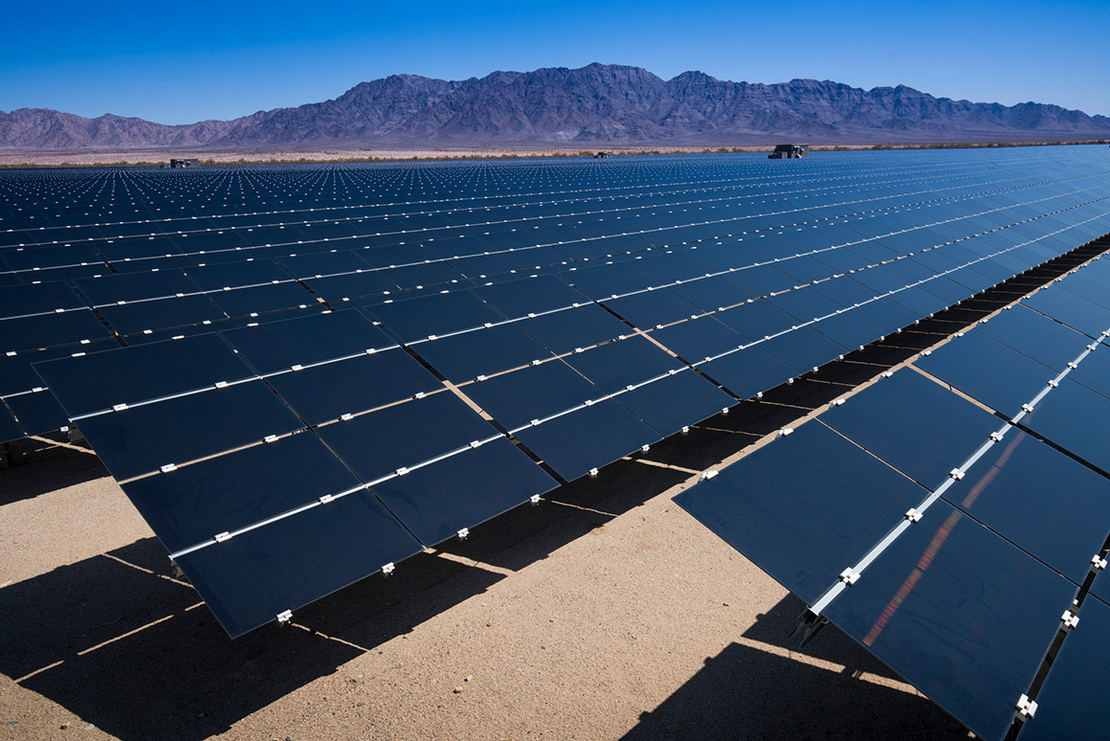 The Biden administration is advancing the latest commercial-scale solar power project on Native American lands that could power thousands of homes.

The Interior Department announced it has completed a draft environmental impact statement (EIS) for the Chuckwalla Solar Projects proposed to be built on about 6,500 acres on the Moapa River Indian Reservation in southern Nevada, about 30 miles northeast of Las Vegas in Clark County.

The proposed Chuckwalla project, which would include four separate photovoltaic solar power plants, would have the total capacity to produce up to 700 megawatts of electricity — enough to power roughly 240,000 homes.

San Diego-based EDF Renewables Development Inc. is building the project, which would include battery storage that allows it to continue to send power to the electrical grid after sundown.

The draft EIS — published in today’s Federal Register and now open for a 45-day public comment period running through April 18 — follows the recent Interior approval of the 400-MW Southern Bighorn Solar Project on about 3,600 acres of the reservation. In addition, construction recently began on the 274-MW Arrow Canyon Solar Project, covering about 2,200 acres and also on the reservation.

“Clean energy, including solar projects like these in Nevada, will help Tribal communities be part of the climate solution,” said Assistant Secretary for Indian Affairs Bryan Newland in a statement.

“We are proud to play a role in the administration’s all-of-government approach toward its ambitious renewable energy goals, which will boost local economies and address economic and environmental injustice,” Newland added.

The Bureau of Indian Affairs is leading the EIS process in conjunction with the Bureau of Land Management, which must approve issuing a right-of-way grant for two transmission lines, each about 10-12 miles long, that are proposed to connect the solar project to an existing substation across a BLM-managed utility corridor.

The project continues efforts by the Biden administration to promote wind, solar and geothermal power development on tribal lands.

President Biden’s Jan. 27, 2021, executive order addressing climate change includes a section on “renewable energy on public lands and in offshore waters” that directs the Interior secretary to “engage with Tribal authorities regarding the development and management of renewable and conventional energy resources on Tribal lands.”

The Obama administration’s Energy Department estimated in 2015 that solar projects on tribal reservations alone could produce up to 17,000 MW of electricity, powering nearly 6 million homes.

The Moapa River Indian Reservation is already home to the first-ever commercial-scale solar project built on tribal lands — the 250-MW Moapa Southern Paiute Solar Project, which opened in 2017 and was one of 36 solar projects approved by the Obama administration (E&E News PM, March 17, 2017).

The Chuckwalla Solar Projects will help the Biden administration meet its goal of permitting 25,000 MW of onshore renewable energy projects by 2025. They also will support Nevada’s 50 percent renewable portfolio standard requirement by 2030.