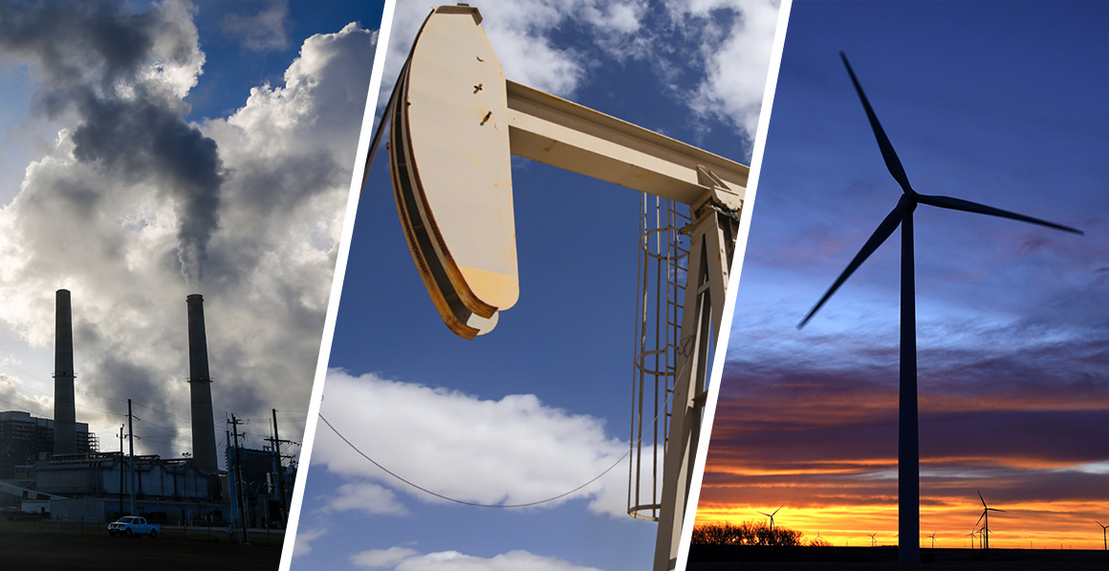 The world’s leading climate scientists issued an urgent call yesterday to transform the global energy sector by sharply pulling back on fossil fuel consumption and turning en masse toward renewable electricity and other clean sources.

The 2,913-page report from the Intergovernmental Panel on Climate Change (IPCC) found that “substantial energy system changes” would be required for the world to observe the Paris climate accord’s goal of limiting global warming to 2 degrees Celsius. Yesterday’s report is the final installment in a three-part climate assessment by the IPCC, with the first two sections released in August and February (Greenwire, April 4).

For example, the “widespread electrification of end uses,” from cars to buildings’ space heat and stoves, should be a common cornerstone of national transitions, according to the IPCC, the United Nations’ body for evaluating the science related to climate change.

Without carbon capture, coal and gas plants would need to retire about 23 years earlier than expected in order to hold global temperature rise to 1.5 degrees Celsius, and 17 years earlier in the case of the 2 C limit, according to the report.

But the IPCC outlined numerous challenges facing a transition to low-carbon energy, including higher energy consumption that is countering declining energy intensity in many regions and industrial emissions, which have grown faster than emissions in any other sector the past two decades because of increased extraction and production of basic materials.

Even if carbon capture systems are widely deployed, staying within the Paris Agreement’s limits “will strand fossil-related assets,” likely to the tune of trillions of dollars, wrote the IPCC’s scientists.

That is especially true for coal, with oil and gas growing more vulnerable as 2050 approaches.

Today, new investments in unabated coal power should be ruled out as “inconsistent” with the Paris Agreement goals, according to the report.

“Investing in new fossil fuel infrastructure is moral and economic madness,” said Guterres, a former prime minister of Portugal. “Such investments will soon be stranded assets, a blot on the landscape and a blight on investment portfolios.”

Even continuing to use today’s levels of fossil infrastructure will pitch the world past 1.5 C of global warming, the report said.

Yet that reality is clashing with political priorities in the U.S. and Europe, where climate policy has receded as an issue, supplanted by the Russia-Ukraine conflict.

“One thing the war did was change political priorities very swiftly,” said Morgan Bazilian, a professor of public policy at the Colorado School of Mines.

For example, across Europe, the scramble to ditch Russian gas has given new life to retiring coal plants, he noted. That comes on top of an earlier resurgence of coal. Rystad Energy reported in February that although coal-fired electricity had generally been declining in Europe for years, “affordability concerns” with gas, along with concerns about nuclear and hydropower availability, could maintain coal’s momentum past 2022.

Three months ago, climate change was still “a top-tier priority,” Bazilian said. “After the war, that’s not the case. It’s fallen in political prioritization. It’s very clear in the United States and it’s clear in Europe as well,” said Bazilian.

The Biden administration, for instance, has called on oil and gas companies to increase production and pledged to send more U.S. liquefied natural gas to Europe, as the United States looks for ways to curb Europe’s reliance on Russian energy (Energywire, March 28).

When asked at the press conference yesterday about the potential build-out of more LNG infrastructure on either side of the Atlantic Ocean, Diana Ürge-Vorsatz, vice chair of IPCC’s working group III, said: “We do show that fossil fuel infrastructure that we keep building … some of that will be stranded, which means that we will not be able to use it if we want to keep global warming to 1.5 degrees.”

The report comes as many analyses show ongoing use of fossil fuels for decades to come. Last month, the U.S. Energy Information Administration reported that petroleum and natural gas will remain dominant in the U.S. over renewables through 2050, as electricity demand offsets efficiency (Energywire, March 4).

U.S. production of crude oil and dry natural gas also are both forecast to grow this year, according to EIA’s latest short-term energy outlook.

In response to the IPCC report, the American Petroleum Institute (API), which represents all segments of the U.S. oil and natural gas industry, said as populations and economies grow, “the world will demand more energy, not less, and our industry will continue to play a foundational role in the global energy mix for decades to come while enabling investments in renewables.”

Guterres acknowledged the report comes at a time of “global turbulence” — with the Covid-19 pandemic, rising inflation and the war in Ukraine all overlapping — but said increasing fossil fuel production “will only make matters worse.”

The White House did not respond to a request for comment yesterday.

In the past year, wind and solar power prices have risen in the U.S. thanks largely to supply-chain interruptions. But the IPCC’s report took stock of the cheerier economics that characterized the renewable sector from 2015-2020.

In that period, the global cost of wind and solar power dropped 45 percent and 54 percent, respectively, allowing for capacity to grow 70 percent and 170 percent for the two resources.

In charting the transition to Paris accord goals, the IPCC’s emphasis was markedly on electrification as a solution. In the panel’s 1.5 C scenario, clean electricity would account for anywhere from 48 percent to 58 percent of all the world’s energy use in 2050 — up from 20 percent in 2019.

Renewable-majority grids also will become “increasingly viable” in the coming decades, and other resources, like nuclear, hydropower, bioenergy and carbon capture and removal, could help reduce emissions as well, the IPCC predicted.

Powering the entire energy system with renewable electricity, however, would raise challenges, since sectors like aviation and shipping may not be easily electrified, noted the report.

Alternatives like clean hydrogen and biofuels would need to be considered for those sectors as well, and advances in such emerging technologies would “substantially improve the economics of net-zero energy systems,” the report said.

As energy systems grow more dependent on renewables, new challenges — of an “economic, regulatory, social and operational” nature — are likely to emerge that are not currently well understood, according to the report.

One example is climate change itself. Global warming will change everything from the production of hydropower, bioenergy and crops to demands for heating and cooling — though notably, it will not compromise wind and solar’s usefulness as a climate technology, wrote the IPCC.

Guterres at the United Nations said choices made by countries now “will make or break the commitment to 1.5 degrees.”

“A shift to renewables will mend our broken global energy mix and offer hope to millions of people suffering climate impacts today,” Guterres said. “Climate promises and plans must be turned into reality and action now. It’s time to stop burning our planet and start investing in the abundant renewable energy all around us.”