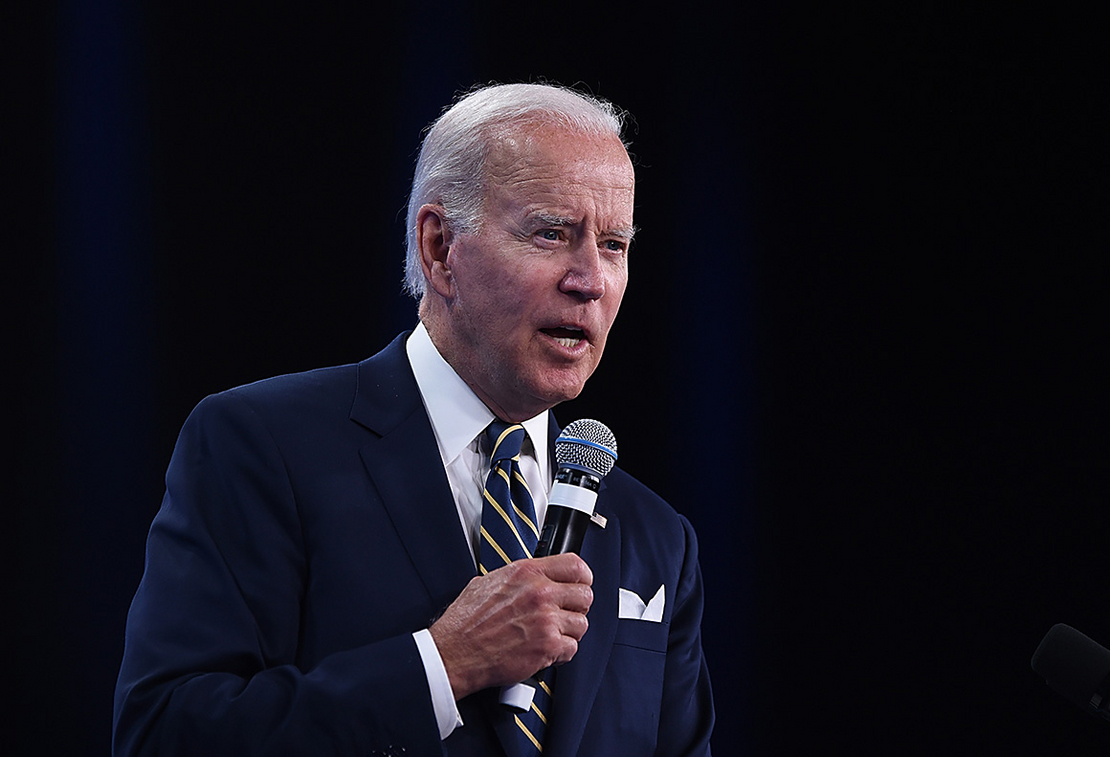 President Joe Biden’s clean energy agenda could fall far off course if the Supreme Court’s decision restricting future federal regulation of carbon emissions from power plants is followed by the failure of major climate legislation in Congress, according to detailed computer modeling.

Justice Elena Kagan, writing in dissent for the court’s three-member liberal minority last week, warned that the majority decision in West Virginia v. EPA strips the agency “of the power Congress gave it to respond to ‘the most pressing environmental challenge of our time’” (Greenwire, July 1).

For the court’s six conservatives, Chief Justice John Roberts said the EPA lacked “clear congressional authorization” to regulate greenhouse gas emissions under the 1970 Clean Air Act. Citing the damage to the nation’s coal industry from an EPA-enforced decarbonization policy, Roberts said “a decision of such magnitude and consequence rests with Congress itself.”

But Roberts’ path strips EPA of much of its authority to sharply reduce greenhouse gas emissions through power plant regulation as long as Congress remains in a stalemate over carbon dioxide mandates, many experts conclude.

“Policy action is needed to accelerate the clean electricity transition. This was true before West Virginia vs. EPA, but it is even clearer now with the Supreme Court’s ruling in the case,” said Jesse Jenkins, who heads the Princeton University ZERO lab, researching strategies for zero-carbon energy systems.

“Anyone harboring faith that EPA could regulate our way to a zero-carbon grid without congressional action should be disabused of that notion. The onus is on Congress to act, and time is running short,” Jenkins said in an email.

The challenge facing Biden’s clean energy targets is demonstrated through numerous studies, including six separate analyses on future U.S. greenhouse gas emissions reviewed in Science magazine in May that forecast a steep cost of federal inaction on climate policy.

Biden called for GHG emissions in the U.S. economy to decline by at least 50 percent below 2005 levels by 2030 as part of a pledge last year in rejoining the Paris Agreement among 192 nations and the European Union to slash emissions.

With current trends, the United States would also fall well off course toward a zero-carbon electricity grid by 2035 and a net-zero carbon economy by 2050, goals by Biden to try to limit the worst impacts of climate change, said the Science article’s principal author, John Bistline, program manager in EPRI’s Energy Systems and Climate Analysis Group. “Between 2030 and 2035, there isn’t a lot of time” to make up for a slow start on carbon reduction, he said in an interview.

After the court’s ruling, some experts noted that EPA retains authority to issue emissions guidelines that state plans would follow in setting standards for GHG emissions from existing fossil fuel power plants. How future EPA rulemaking on carbon would fare with the Supreme Court’s majority is an open question, though.

There hasn’t been a slowdown in recent years in the momentum that technology innovation delivers to clean energy. U.S. carbon emissions fell in the past decade as coal plants were pushed into retirement by cheaper natural gas-fired power plants and wind and solar facilities whose costs marched steadily downward.

A report by the Business Council for Sustainable Energy reported in March that $105 billion in new private capital was invested in the U.S. energy transition last year, an 11 percent gain over the previous year and double the 2014 level.

The Biden administration is also working with governors of 11 Atlantic Coast states to launch an offshore U.S. wind energy deployment with a target of 30 gigawatts of capacity by the end of the decade. The administration hopes to help two dozen long-delayed large transmission projects get built, and advocates say that could add 60 million gigawatts of clean energy to the U.S. supply.

According to Jenkins, “the ‘marketplace’ alone is highly unlikely to produce a zero-carbon grid by 2035.” Computer modeling of the U.S. energy sector by the REPEAT Project Jenkins leads shows that without major new climate policy, the nation’s power grid will wind up about two-thirds carbon-free by 2035, from about 40 percent today, he told E&E News.

The computer modeling in the Science article largely agrees. To hit the Biden 2030 target, annual installation of new wind and solar generation would have to increase from two to seven times historical levels, adding between 29 gigawatts and 91 gigawatts per year, the studies concluded. Current U.S. utility-scale wind and solar power capacity is 215 gigawatts.

The studies generally concluded that all, or nearly all, U.S. coal-fired power plants would have to be closed and large-scale investments in new pipeline and underground storage infrastructure would be required to capture and store carbon dioxide emissions from gas-fired plants.

“These transformations exceed the pace and degree of change projected to occur with current federal and state policies,” the Science report said.

A narrow window may remain open for some legislation advancing clean energy this year. Senate Majority Leader Chuck Schumer (D-N.Y.) has continued to meet with Sen. Joe Manchin (D-W.Va.) seeking a compromise that could include incentives for new energy production along with deficit reduction, prescription drug costs and higher taxes on the wealthy.

But investment incentives for clean energy sources — if they materialize — are expected to be well below the $325 billion for energy and transportation sought by Biden in his sidetracked Build Back Better proposal, rejected by Manchin.

Echoing conclusions in the Science article, the Rhodium Group said last week in an analysis that “without swift progress on all fronts—including in Congress and across other levels of government—the 2030 target is in jeopardy.”

The organization cited its prior analysis, “Pathways to Paris,” which had concluded: “With no new action, the U.S. is on track to reduce GHG emissions 17-to-25 percent below 2005 levels in 2030.” That outcome “leaves a gap of 1.7 to 2.3 billion metric tons of annual emissions reductions required to achieve the U.S target in 2030.” The gap is roughly equal to the total current annual CO2 emissions from the U.S. transportation sector.

However, the report said “all of these investments are important for solving climate change, but they have a small impact on 2030 emissions for a variety of reasons.”

With last week’s Supreme Court decision, EPA will have to fashion other greenhouse gas control measures if it aims to cut emissions sharply. Those could involve capture and storage of CO2 emissions and blending of carbon-free hydrogen with natural gas for gas turbines (see related story). The approaches “may add up to bigger political challenges around the total cost of regulations,” Rhodium Group said.

At the recent annual meeting of the Edison Electric Institute, executives noted pledges by nearly 50 of the largest U.S. utilities to reach low carbon goals by mid-century.

These utility goals would have to be dramatically stepped up, however, to put the United States on course to a zero-carbon grid in 2035, according to the Rhodium Group.

States are split on climate policy, mostly along political lines. “[S]mall actions in a handful of states have occurred that can help the U.S. make progress, but these actions are not widespread enough” to overcome a lack of strong federal policy, the Rhodium Group said.

Adding to the uncertainty are several gubernatorial races this year that could divide things further. The Cook Political Report, for example, currently lists six races as toss-ups, including gubernatorial races in the battleground states of Michigan, Wisconsin, Nevada, Arizona and Georgia.

‘A lot of room for improvement’

Although the studies in the Science article are based on several different computer models of how the U.S. grid will change, they share a comparison between climate action measures and a “business-as-usual” scenario without fundamental policy changes.

Also playing into the electricity mix is the bipartisan infrastructure law signed last year, which provided an unprecedented $75.8 billion for energy- and minerals-related research, demonstration, technology deployment and incentives, according to the Congressional Research Service.

In that total are $16.1 billion for energy efficiency and renewable energy; $14.9 billion to increase grid reliability and resilience; $12.2 billion for capturing, storing or reusing carbon emissions; $9.5 billion for turning hydrogen into a clean energy fuel; and $8.5 billion to prevent premature retirements of nuclear plants. There’s also multibillion-dollar funding for expansion of high-voltage transmission lines that could deliver large new flows of wind and solar power, and support for electric vehicle charging stations to accelerate carbon reduction in the nation’s passenger vehicles fleet.

Jenkins’ group said, however, that the law would produce “a very modest reduction in national emissions” of an additional 100 million metric tons compared to projections under current policies. “That would leave the United States about 1.3 billion tons short of the nation’s 2030 goal,” he said.

The research and demonstration programs and support for long-lead-time transmission investments don’t create immediate acceleration in clean energy investment that the computer analyses say is necessary to hit transformative clean energy goals, according to analysts.

EPRI’s Bistline said the stream of federal and private-sector investment in clean energy research could produce surprises that accelerate current trends in carbon reduction. The surge in natural gas and oil production made possible by hydraulic fracturing and advanced drilling innovations after 2010 is one example, and another is the steady decline in the costs of photovoltaic solar modules, he said.

“I would say that our historical track record of technological projections leaves a lot of room for improvement. There have been a lot of black swans [innovation surprises]. Many of them have been positive,” Bistline said. That can happen again, with hydrogen production technologies, for example, he said.

“There is also the possibility of the black swans that make the innovation challenge more difficult,” Bistline added, citing shortages of strategic minerals and metals critical for clean energy development.

“Obviously, there’s a lot of uncertainty in the investment environment,” he said. “It’s really difficult putting all those together to figure out how those potentially impact the 2030 target.”

The bottom line in the Science analysis is clear, he added. “A certain key finding from our work is that additional policies are needed.”