Justice Kennedy sees ’cause for concern’ in law’s reach 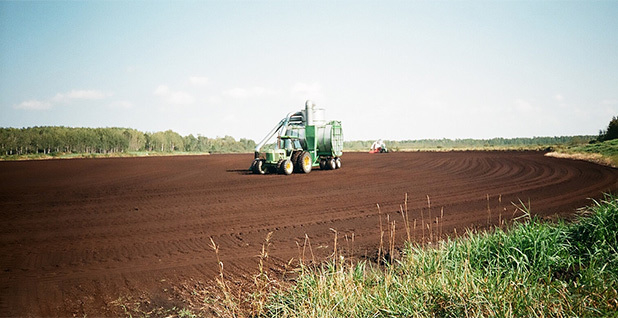 Property rights advocates celebrated a Supreme Court win in a wetlands case today that they say clears the way for future attacks on the Clean Water Act.

Along with the court’s unanimous opinion rejecting the Obama administration’s arguments in a case over wetland permits were sharp criticisms assailing the broad reach of the water law.

Kennedy wrote that — based on the government’s representations in the case — "the reach and systemic consequences of the Clean Water Act remain a cause for concern." He also said the law "continues to raise troubling questions regarding the government’s power to cast doubt on the full use and enjoyment of private property throughout the nation."

"He’s suggesting that the Clean Water Act as it stands now is on a knife edge as to its constitutionality," said M. Reed Hopper, an attorney at the Pacific Legal Foundation who represented property owners in the case. "I think it suggests that we need to take a look at potential broader challenges to the act."

Kennedy made waves among Clean Water Act experts when the court heard oral arguments in the case earlier this year. He said then the law is "arguably unconstitutionally vague."

Critics of the Obama administration’s water policies said those comments signaled trouble for the new Clean Water Rule from U.S. EPA and the Army Corps of Engineers (Greenwire, April 1).

That rule — aimed at clarifying which waters are subject to Clean Water Act permitting — has been put on hold in court while litigation plays out.

"Today’s decision means that unless and until the temporary stay of the 2015 Clean Water Rule is lifted, the current process of determining jurisdiction for many wetlands and other waters on a case-by-case basis will get even more cumbersome and time-consuming as the corps and EPA can now get sued for each and every determination before permits are issued or denied," Goldman-Carter said.

The majority opinion in the case, Army Corps of Engineers v. Hawkes Co. Inc., says a company hoping to mine peat in northwestern Minnesota can go to court to challenge a jurisdictional determination, or JD, from the corps about whether the wetlands are subject to Clean Water Act permitting rules.

"The Corps contends that the revised JD is not ‘final agency action’ and that, even if it were, there are adequate alternatives for challenging it in court. We disagree at both turns," Roberts wrote.

The ruling will have major implications for property owners across the country looking to challenge government determinations in court. The corps issues thousands of jurisdictional determinations each year, according to the government.

The Hawkes Co. and its lawyers argued that if landowners can’t challenge permits in court, they must either abandon their projects, pay for what may be unnecessary permits, or risk large fines or imprisonment (Greenwire, March 3).

Hopper lauded the high court’s opinion as a "great decision for landowners nationwide."

States, industries and others also piled on support for Hawkes in the case. A coalition of 23 states led by West Virginia filed a brief to the justices urging them to allow court challenges to the corps’ determinations.

Justice Elena Kagan, an Obama appointee, wrote her own concurring opinion stating that an agreement between the corps and EPA was central to the case for her. That memo states that jurisdictional determinations are "binding on the Government and represent the Government’s position in any subsequent Federal action or litigation concerning that final determination," she wrote.

During oral arguments in the case, Kagan appeared concerned with how a broad decision rejecting the government’s arguments could affect informal guidance from other agencies.

Justice Ruth Bader Ginsburg, a Clinton appointee, also wrote separately, concurring in part and concurring in the judgment that a jurisdictional determination is final. She said she disagreed with the court’s "reliance upon the memorandum of agreement" between the corps and EPA.

The Hawkes decision marks the second major blow to the Obama administration’s water policies in recent years. In 2012, the court ruled 9-0 in Sackett v. EPA that Idaho property owners could challenge an EPA water enforcement action in court. This case included similar issues.

The Supreme Court’s decision today upholds a ruling by the 8th U.S. Circuit Court of Appeals that allowed the Hawkes Co. to challenge the jurisdictional determination. Hawkes has already briefed that case in a Minnesota district court, according to Hopper, and the court could soon make a decision about whether the property in question qualifies for Clean Water Act permits.

The high court has also been asked to review a case from the 5th U.S. Circuit Court of Appeals, Kent Recycling Services LLC v. Army Corps of Engineers, which also involves whether landowners can challenge clean water permitting decisions in court. The 5th Circuit said the company couldn’t challenge the jurisdictional determination in court.

Hopper — who is representing Kent Recycling Services in that case — said he expects the justices to vacate that decision and remand it to the lower court in light of the Hawkes ruling.

The Justice Department didn’t respond to a request for comment.