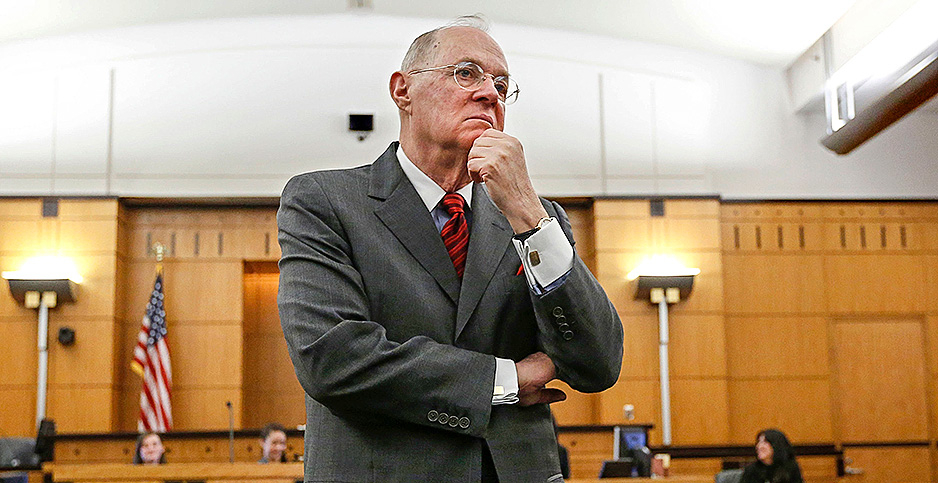 Justice Anthony Kennedy will not participate in a case that asks the Supreme Court to decide whether Washington state’s management of drainage tunnels has violated 1850s-era tribal treaty rights.

Kennedy recently realized that he had taken part in a prior iteration of the legal dispute while serving as a judge on the 9th U.S. Circuit Court of Appeals, according to a letter filed Friday by Supreme Court Clerk Scott Harris.

Washington is appealing a 9th Circuit decision holding that its management of culverts — which allow water to flow under roads and other structures — violated the terms of treaties from 1854 and 1855 that guaranteed Northwestern tribes continued access to fishing off their reservations.

The U.S. government and tribes contend that the culverts prevent mature salmon from returning to the sea as well as hinder juvenile salmon from moving downstream, among other restrictions.

The Supreme Court in January agreed to hear Washington’s appeal of the 2016 ruling. The state argues that the court injunction is "remarkably unfair" and creates a "massive" new treaty obligation that will "significantly affect natural resource management throughout the Pacific Northwest."

The dispute between Washington and tribes over access to fishing off their reservations has lasted more than a century.

Kennedy’s prior participation in the case occurred in 1985, when the 9th Circuit considered whether treaty rights extended to hatchery fish and whether Washington was required to prevent environmental degradation of salmon habitat.

Sitting en banc, the 9th Circuit affirmed a lower-court decision that hatchery fish must be included when determining the share of fish to tribes. But it struck down the district court’s finding that tribes have a "right to have the fishery habitat protected from man-made despoliation."

According to last week’s letter, the ordinary conflict check that Kennedy usually conducts "inadvertently" failed to uncover his involvement in the 1980s-era litigation.

"Justice Kennedy has determined that he should not continue to participate in this case," Harris wrote.

Oral arguments are scheduled for April 18.