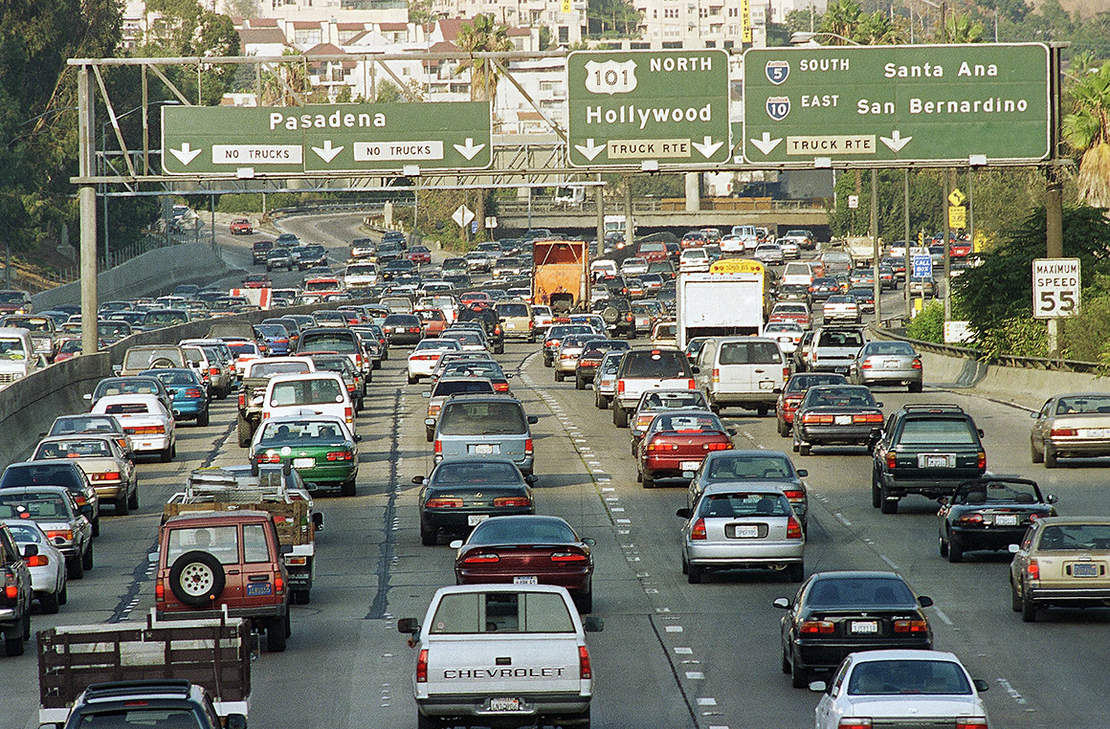 Ohio and other Republican-led states are challenging a long-standing EPA waiver that allows California to set tougher tailpipe emissions rules than the federal government. Evening commuter traffic in Los Angeles in 1997 is shown. AP Photo/Reed Saxon

Seventeen Republican-led states are suing EPA over its decision to restore a waiver that allows California to set tougher tailpipe emissions standards than the federal government.

Led by Ohio Attorney General Dave Yost (R), the group filed suit today in the U.S. Court of Appeals for the District of Columbia Circuit, arguing that California’s Clean Air Act waiver violates the Constitution, which treats all states equally.

California has long set standards stricter than those imposed by the federal government, giving the state outsized power over the nation’s vehicle market. GOP-led states argue the treatment is unfair to their residents.

“If California is able to set restrictive ‘gas emissions’ standards, manufacturing becomes astronomically expensive, and those additional costs are passed onto consumers, many of which are Missourians,” said Missouri Attorney General Eric Schmitt (R), who joined the lawsuit.

He noted the Trump administration “understood that, and prohibited California from setting its own oppressive standards.”

EPA did not immediately return a request for comment. The agency generally does not comment on pending litigation. EPA Administrator Michael Regan in March said the decision to restore the waiver was to “proudly reaffirm California’s long-standing authority to lead in addressing pollution from cars and trucks.” He said the approach “for years has helped advance clean technologies and cut air pollution for people not just in California, but for the U.S. as a whole.”

Under the Clean Air Act, California can set mileage and greenhouse gas emissions regulations that are more stringent than those of the federal government. Eighteen states and the District of Columbia now follow California’s tougher rules, together representing nearly 40 percent of the national auto market. California itself is the largest economy in the country and fifth globally.

The waiver was granted decades ago because of the Golden State’s severe pollution problems. But under former President Donald Trump, EPA revoked the waiver, citing a need for national uniformity. That decision sent the Trump administration into uncharted legal territory in its battle to weaken climate change regulations and threatened to undermine state-led efforts to curb pollution from cars, the largest source of planet-warming emissions in the country.

A coalition of Democratic-led states, environmentalists and California air regulators sued the National Highway Traffic Safety Administration over the revocation, insisting that it lacked authority to circumvent the waiver.

President Joe Biden early in his term pledged to restore the waiver and did so earlier this year (E&E News PM, March 9).

Republican attorneys general last month asked the D.C. Circuit to revive dormant litigation to determine if California is entitled to the decades-old practice, arguing that it “presents a golden opportunity to resolve the equal-sovereignty question that has dogged California’s special status” for years (Climatewire, April 12).

The states had intervened in the earlier litigation to defend the Trump administration’s revocation, arguing that EPA had no choice but to rescind the waiver “because the provision allowing for waivers is unconstitutional.”