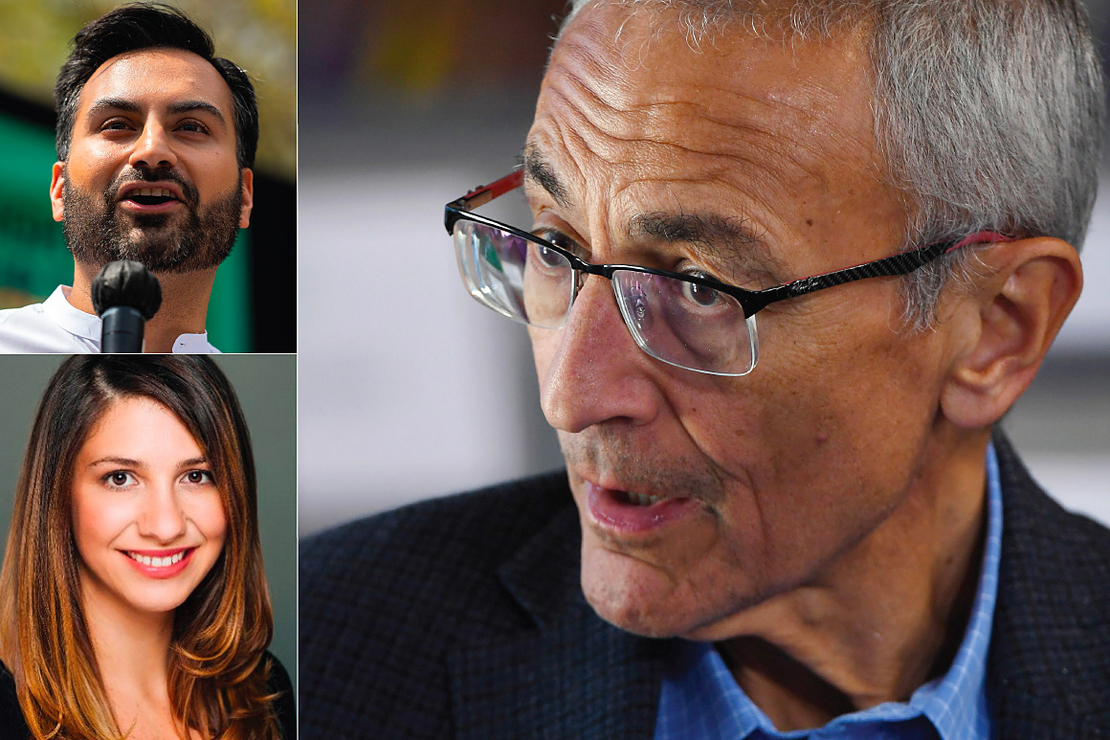 The White House is bringing on a new cast of senior climate and energy officials to succeed the veterans who helped build the Biden administration’s climate policies.

Biden also on Friday named his pick for another White House post that could have major implications for regulations across the federal government, including climate and energy rules. The president announced Richard Revesz, a New York University law professor who runs an environmental think tank, to lead the White House Office of Information of Regulatory Affairs, or OIRA (Greenwire, Sept. 2).

The new team is taking over as Biden’s climate and energy agenda is pivoting. After 19 months of rescinding Trump-era policies and working to pass climate legislation, the next phase will involve enacting the bill with $369 billion in clean energy and climate spending.

It could also involve the declaration of a climate “emergency,” which Biden’s team has said it’s considering doing in order to give the White House more power to combat climate change using executive powers. And senior Biden officials across the administration might soon be playing defense against empowered Republicans if the GOP wins either chamber of Congress in the midterm elections.

Podesta, the founder of the Center for American Progress and an institution in Democratic politics, is no stranger to the West Wing.

He served as White House chief of staff to President Bill Clinton and returned to the West Wing during the Obama administration to advise the president on climate and energy issues. In his next White House role, he’ll oversee the implementation of the climate bill’s climate and energy spending and will chair the National Climate Task Force, a role that has been held by McCarthy.

“We will miss the one and only @ginamccarthy46,” White House chief of staff Ron Klain wrote on Twitter last week. “But the @POTUS climate plan is in good hands with @johnpodesta and @alizaidi46 on the job!”

Reaction to his appointment from many players in the Democratic Party has been positive.

“I don’t think Podesta should be seen as some left-wing climate radical, but I do think he should be seen as fighting the climate crisis and sees that as part of his legacy,” said Jeff Hauser, executive director at the Revolving Door Project. “Those are very good things.”

He thought adding a senior figure to the team would be helpful. In fact, Podesta’s name had been floated as a potential McCarthy replacement months ago when she was first said to be eyeing the exit. Observers suspected he might find this particular role — guiding spending from the climate law — attractive because it could be a short-term job.

Dan Weiss, a longtime environmental advocate, thinks Podesta will be able to hit the ground running. “John has former colleagues sprinkled throughout the administration, which should increase implementation speed,” he said.

Or, as put by a former Obama White House aide who was granted anonymity to speak candidly: “Nobody is not going to listen to John Podesta.”

Podesta’s first day at the White House is today, according to Center for American Progress spokesperson Sam Hananel.

Zaidi, who has served as McCarthy’s deputy since the launch of the Biden administration, has been promoted to national climate adviser. He’ll lead the White House Office of Domestic Climate Policy and will serve as vice chair of the National Climate Task Force.

Before he joined the Biden team, Zaidi was a lawyer in private practice, New York’s deputy secretary of energy and environment, and a climate aide in the Obama White House.

“There is no one better to step into Gina’s role than Ali Zaidi,” said Christy Goldfuss, senior vice president for energy and environment policy at the Center for American Progress. “He was not only instrumental in building President Biden’s bold climate platform, but he understands better than anyone the dire stakes the country is facing on climate action right now.”

Epner is serving as acting senior director for climate and energy, moving over from her role as an adviser to Kerry in the State Department.

“Stephanie Epner has been a critical member of my team since my time as Secretary of State, and has made significant contributions across the State Department and interagency to achieve our international goals to raise global climate ambition and accelerate the clean energy transition,” Kerry told E&E News in a statement.

“She’s creative and dogged in her pursuit of smart policies and solutions that drive the agenda forward and bring everyone along. I can’t think of someone better placed to step into this role as we head to COP27 in Sharm el Sheikh and continue to deliver on President Biden’s ambitious climate agenda,” he said.

The Biden administration is preparing to send a team to the U.N. climate change conference in Sharm El Sheikh, Egypt, in November.

Revesz, who has an extensive environmental law background, is poised to enter the White House at a crucial time for Biden’s administrative agenda.

Should he be confirmed by the Senate, he’ll help dictate how aggressive Biden’s executive actions on climate will be across the federal government.

OIRA reviews hundreds of major environmental and public health rules every year, and many regulatory scholars think Revesz will help shore up rules that are sure to be challenged by conservatives in court.

“Revesz is a smart, seasoned veteran of environmental battles, which tend to dominate OIRA’s regulatory work,” said Rena Steinzor, a professor at the University of Maryland’s School of Law.

At the same time, he’ll face pressure from progressives to reform the regulatory review process — something Biden suggested early on he would do. But Revesz, while seen as a sturdy environmental expert, has long espoused institutionalist views. He beat out a more progressive contender, and now the chances of a complete overhaul look increasingly slim.