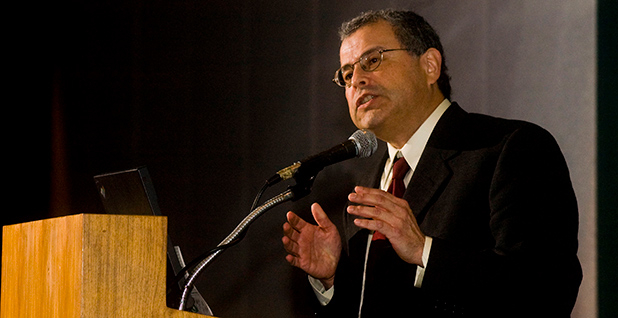 The Trump administration is proudly axing U.S. EPA’s high-profile climate rules, but climate adaptation work is quietly chugging along at the agency.

The agency’s adaptation work hasn’t gotten much public attention since the Trump administration moved in. Administrator Scott Pruitt made it known that he wanted to steer the agency away from climate work, and the president himself has cast doubt on mainstream climate science.

But EPA’s climate adaptation efforts are continuing under Trump, even if they don’t have the staffing and the prominence they had under the Obama administration. Some adaptation proponents are hopeful that the work can survive budget cuts, because it can appeal even to those who question humans’ impact on climate change or costly policies to curb emissions.

Leading the effort at EPA is Joel Scheraga, a career staffer for 31 years. He’s a senior adviser for climate change adaptation in EPA’s policy office and oversees a cross-agency working group on adaptation.

"I think [adaptation] is an important middle ground, and I think that it’s something that people all across the spectrum can understand and can support," Scheraga told E&E News yesterday in an interview.

President Trump jettisoned an Obama-era governmentwide executive order on climate adaptation. At EPA, what had been a four-person climate adaptation team in the policy office was disbanded. Scheraga remained in the program, but his colleagues were reassigned (E&E News PM, April 7, 2017). The cross-EPA working group was on hold, waiting for a signal from leadership about its priorities.

But the group — consisting of dozens of staffers from throughout agency programs — restarted early this year. "Once we got a clear signal that there was continuing and ongoing support for the work on adaptation, we immediately reconvened the work group," he said.

Scheraga has the support of Samantha Dravis, who heads Pruitt’s policy shop.

"Samantha asked me explicitly, unequivocally to keep working on climate adaptation," he said.

The administration also supports his top priority, the Climate Change Adaptation Resource Center (ARC-X), he said. The online tool is intended to help local governments find information about the risks posed by climate change, strategies to adapt and opportunities to get EPA funding.

That tool is "a great example of how serious and supportive EPA is of our adaptation work," Scheraga said. "Samantha supported my budget request for the work that we want to do" — on ARC-X in particular, he said. The goal of ARC-X from the get-go was to help 40,000 communities across the country prepare for the impacts of climate change, he said. "The agency is continuing to support the enhancement of that system."

Scheraga has remained largely behind the scenes under the current administration until last week, when an email he wrote to his colleagues was leaked to media outlets. In it, he highlighted talking points about climate adaptation that had been drafted by career employees in EPA’s press office. His email was published by HuffPost.

The talking points that had been drafted by the press shop made news because they emphasized uncertainties surrounding humans’ role in climate change.

But they also play up the importance of climate adaptation. The language was taken from responses submitted by Pruitt to questions from members of Congress, according to EPA.

The talking points said that EPA would "continue to advance its climate adaptation efforts," that the agency "recognizes the challenges that communities face in adapting to a changing climate," and that EPA is working to help states and local governments prepare for and respond to extreme events (Climatewire, April 2).

Because members of the work group had discussed how it would be helpful to have consistent messaging on climate adaptation, "we saw this as very helpful," Scheraga said.

Scheraga received critical emails after he circulated the talking points. He said he had nothing to do with drafting the language.

‘Important to be patient’

Scheraga’s own views appear to fall in line with mainstream climate science.

"We now live in a world in which the Earth’s climate is changing at an unprecedented rate, faster than anything society has had to adapt to in the past," Scheraga said in an April 2016 interview with Federal News Radio. "This changing climate is affecting the things we care about in our daily lives. My job, working with my colleagues at EPA, is to help people all across the country anticipate, prepare for and increase their resilience to the impacts of climate change."

The longtime EPA staffer had not always planned for a career in public service. He received a doctorate in economics from Brown University and taught economics at Rutgers and Princeton universities before joining EPA. He once dreamed of becoming an astronaut. He credited his varying career path to his father’s advice to pursue unexpected opportunities.

Scheraga’s former colleagues expect him to stay at the agency, at least for the time being.

His past work on adaptation likely helped prepare him to work effectively within an administration that questions humans’ role in climate change, said Joseph Goffman, a former senior EPA official who worked with Scheraga during the Obama administration. Goffman is now executive director of Harvard University’s Environmental Law Program.

"[Scheraga] had an uncanny ability to engage with a full spectrum of public officials," said Goffman. "He is honestly one of my favorite people."

Scheraga has led agency climate adaptation efforts since 2010 and has been at EPA since 1987. He was on the team that produced President Obama’s Climate Action Plan and was chairman of Obama’s Cross-Agency Adaptation Workgroup for the Council on Climate Preparedness and Resilience.

He doesn’t see adaptation as political.

"It’s very important to be patient, and communication is everything. It’s not an ‘us versus them,’ it’s really about working with people and sharing perspectives," he said.

"What I think the folks that led the adaption program discovered is a great many people in local governments charged with investment were open to receiving information to the extent that environmental change was happening at a quicker pace than it happened in the past, so when they were planning in medium-term future, they had to take account of that," Goffman said.

Oren Cass, a senior fellow at the conservative Manhattan Institute, said adaptation is an area "where there’s an opportunity for the sides to work together and an area that just makes sense to pursue policies that are going to have a positive effect."

"Even to the extent that if you have conservatives who are skeptical about some facets of climate science, one of the things about good adaptation policy is that it puts the incentives in place for people to figure these things out for themselves," Cass said.