Michigan’s Granholm in the running for Biden climate czar 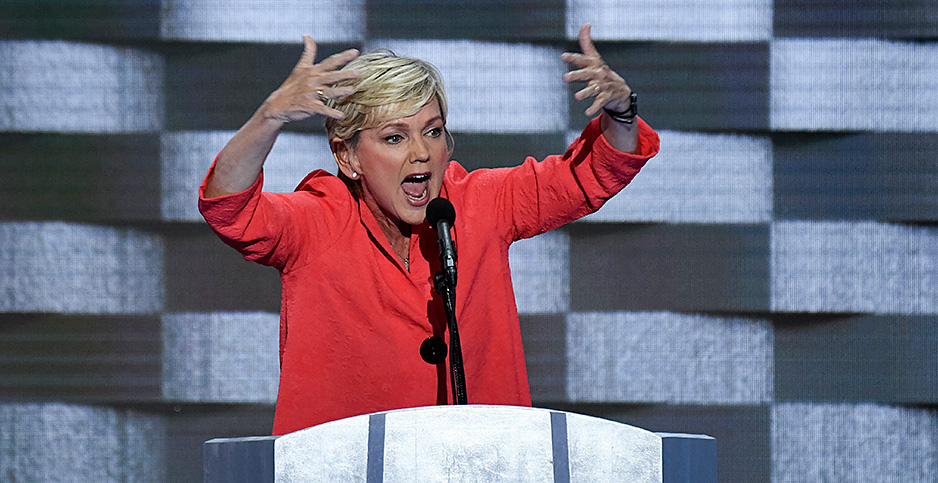 One of the front-runners to lead domestic climate policy in the next White House is former Michigan Gov. Jennifer Granholm, who guided her Rust Belt state through the Great Recession by seeking to make it a hub for green manufacturing.

Granholm’s two-term stint as Michigan governor ended in 2011 after she helped stave off the collapse of Detroit’s storied auto industry.

Now she’s being mentioned as a candidate to direct President-elect Joe Biden’s domestic climate agenda. As a former governor and Michigan attorney general, Granholm would bring several years of experience in state government. Observers say she also has a talent for talking about climate change to a skeptical audience, such as some auto industry workers.

"There’s always a case to be made for someone with extensive state government experience serving at the federal level, particularly in cases where the state role is likely to be considerable," said Barry Rabe, a professor at the University of Michigan who studies state climate policies. "And if you look at a Biden presidency, there are two likely paths for major climate policy. One runs through executive action by the president and the other involves states continuing to engage perhaps to do more, with some new federal incentives or support."

Low-carbon investment was a big part of Granholm’s solution a decade ago when two of America’s "Big Three" automakers were facing bankruptcy. She worked with the Obama administration on the 2009 bailout of General Motors and Chrysler, which included incentives for carmakers to invest in next-generation technology such as battery storage.

Then Vice President Biden, the senior administration official on that effort, frequently visited battery manufacturing plants during his trips to Michigan during the bailout.

"They were trying to make the argument that the new Michigan was going to be about more environmentally friendly vehicles," said Rabe. "And who would be greeting them at the airport? It would be Gov. Granholm."

Granholm tried to move the needle on climate change as governor but faced head winds in the state’s Legislature. She managed to enact a modest renewable energy standard for utilities but failed to set up a regional carbon trading program for the Midwest.

The former governor moved on to teach at the University of California, Berkeley, including courses that touched on energy. She was mentioned as a contender for Energy secretary under 2016 Democratic nominee Hillary Clinton. And in March she endorsed Biden before the Michigan primary.

The economic case for automaker investment in next-generation technologies was strong in 2009 and remains so now.

U.S. companies’ financial woes then were due in part to consumer preference for more fuel-efficient foreign cars to go with higher fuel prices.

Where past Michigan politicians of both parties had spent decades resisting tougher standards — which they labeled job-killers — Granholm stood in the White House Rose Garden with Obama in May 2009 as he announced plans for the new rulemaking.

Granholm’s prescription for Michigan’s manufacturing sector appears to be much the same now, as the state looks to rebuild after the coronavirus pandemic.

"Investing in a low-carbon economy will ensure that Michigan remains a leader in the auto industry," Granholm wrote in an op-ed in The Detroit News a few days after last month’s election.

She urged the enactment of a federal stimulus bill that would boost clean energy, including incentives for electric vehicles. Before the virus hit, she noted, more than 125,000 Michiganders were employed in clean energy fields, which paid an average hourly wage almost 7% higher than the state’s median wage.

Prospects for a comprehensive economic stimulus bill that would include money for green energy are uncertain, especially if Republicans retain control of the Senate. But if Biden picks Granholm to lead domestic climate policy, she could have a major role in trying to negotiate green stimulus on behalf of the administration.

Paul Bledsoe, who served as a climate adviser in the Clinton White House, said Granholm’s stature as a former governor and her reputation with lawmakers of both parties would be an asset.

"You need as many people who are respected on Capitol Hill as you can get," he said.

She would also have a role in coordinating U.S.-based climate policy among federal agencies such as EPA, the Interior Department and the Department of Energy.

The role doesn’t require Senate confirmation, which could hurt Granholm’s chances — as Biden may be tempted to nominate a more left-leaning candidate who would have a harder time attracting Republican support for a different position. Another strike: Other would-be climate czars — including Washington Gov. Jay Inslee (D) — have more to point to in terms of ambitious climate policies or positions.

But Bledsoe said Granholm would be the ideal messenger to climate skeptics in purple states.

"The Biden team is determined to send an economic signal that the clean energy transition is about economic growth and job creation, more than even emissions reductions," he said.