Nantucket parts with EPA-linked consultant over PFAS in turf 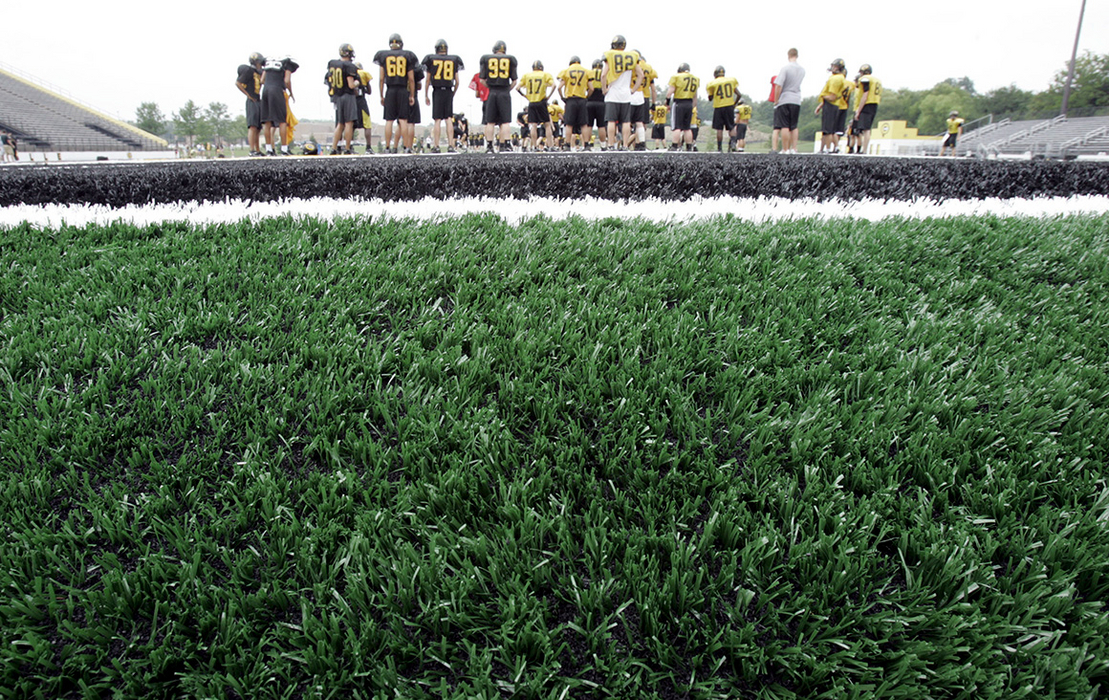 An EPA-linked toxicologist who has pushed New England towns to install artificial turf fields is no longer working for one municipal client following uproar over comments she made about so-called forever chemicals.

Nantucket Public Schools have ceased work with Laura Green, an industry consultant, according to Superintendent Elizabeth Hallett, who declined to comment further on the issue.

The termination comes slightly more than a week after E&E News first reported on Green’s claims regarding PFAS, or per- and polyfluoroalkyl substances, which have been tied to health problems and some cancers. The chemicals are a top priority for EPA, but Green has downplayed their health implications, including claiming that they pose no risks to humans, while emphasizing her own work as a special government employee with the agency (Greenwire, Dec. 8).

The end of Green’s work with Nantucket Public Schools comes after a rapid sequence of events last week. Green initially resigned from her position with EPA, but later walked it back, saying she had changed her mind after agency officials appealed to her to reconsider (E&E News PM, Dec. 10). EPA still has not clarified the status of Green’s role with the agency or why officials sought to keep her on even temporarily. The agency also did not respond to requests for further comment today.

An email from Hallett sent Sunday to the school committee and reviewed by E&E News previewed the Campus-Wide Master Plan Committee’s decision to terminate Green’s contract due to “the buzz around Dr. Laura Green.”

But Green’s termination in no way signals that the committee is backing away from its support for turf fields on the island.

“While Laura remains one of the top experts in the country, we feel that the highly charged emotional atmosphere surrounding her connection to [Nantucket Public Schools] is not what is best for the district,” read the email, signed by Hallett.

The same day that the committee terminated Green’s contract, it also wrote a letter to the editor to the Nantucket Current reiterating the need for synthetic turf fields and responding to concerns about PFAS potentially leaching from the fields into groundwater and drinking water.

“Although we understand some of their concerns, the materials we are proposing to use have been laboratory tested and proved to show no significant risks from PFAS,” the letter says. “Please know that we would NEVER create a situation where the health and safety of our student athletes, coaching staff, and general community could be compromised.”

Tim Lepore, chairman of the Nantucket School Committee, was not involved in the decision to terminate Green’s contract, but said he was supportive.

“I think to try and get people to understand some of the chemistry behind this stuff, you really have to not treat your audience as morons,” he said. “She turned a lot of people off.”

Lepore, who is undecided on whether turf fields would be a good idea, is a surgeon at the Nantucket Cottage Hospital. He said Green’s claims that the PFAS used in plastic grass blades were the same as those used in surgical sutures, and thus perfectly safe, were suspicious to him.

“It was an odd comparison,” he said, noting that surgical sutures are not subject to the same conditions inside the body as an outdoor playing field. “Hopefully my sutures aren’t in the sun or rain unless someone is being disemboweled.”

The decision to terminate Green’s contract comes after months of Nantucket Public Schools officials working closely with the toxicologist to determine how to respond to public concerns about PFAS.

Emails between Green and Nantucket Public Schools Director of Facilities and Grounds Diane O’Neil obtained by concerned locals under public records requests and shared with E&E News show just how closely the two women worked together.

“I’m delighted to be collaborating with you on this project,” Green wrote O’Neil at the end of September.

O’Neil responded: “I look forward to having your expertise and knowledge to get us through this PFAS issue.”

On multiple occasions, O’Neil and project architect Richard Webb sought Green’s aid in crafting responses to inquiries regarding PFAS from concerned citizens and other parties.

In November, Green emailed one of the fields’ architects to help him rewrite a “project description.” It would include information about the types of PFAS used on the artificial grass blades, as well as claims that the PFAS “does not dissolve in rainwater; will not contaminate groundwater, surface water or ambient air; and will not permeate skin or clothing.”

Also in November, O’Neil complained to Green about receiving emails from Jaime Honkawa, a co-founder of the Nantucket PFAS Action Group who is based in Los Angeles. O’Neil complained that Honkawa was asking about the fields despite not being an island resident.

“This has turned into a witch hunt,” she said, adding that she did not want to respond to Honkawa “ever.”

“They simply want to bash us and are asking for more and more information to discredit us. I’m done being on defense," she wrote. "I think our group needs to be on offense for a while.”

Another instance concerned the Nantucket Land Council, which plays a key role in advocating for environmental issues on the island. Executive Director Emily Molden requested that the group be allowed to test soil samples at current grass athletic fields in order to compare existing conditions to synthetic turf. Those samples would be at a greater depth than topsoil samples and allow for more information about contaminants.

O’Neil expressed concern, writing to Green and Webb she was uncomfortable with the request. "Maybe I’m just being overly cautious at this point," she said. Green responded that there was no need to conduct the additional tests and advocated against probing greater depths in the soil.

Green, O’Neil and Webb did not immediately respond to requests for comment regarding the exchanges or Green’s termination.

Nantucket is not the only town weighing major decisions around proposed turf fields.

On Martha’s Vineyard, a similar struggle has been playing out in the town of Oak Bluffs.

There, the Board of Health is now weighing possibly banning turf fields that contain PFAS and discussed the possibility during a meeting Tuesday that featured presentations from several scientists who have raised concerns about health risks associated with PFAS.

Green did not speak at the meeting or appear to be present, but one attendee whose camera was turned off had the same name as the toxicologist’s husband.

The conversation was ultimately inconclusive after proponents of the artificial turf fields argued that they would like additional time to make their case in the new year. Commissioners agreed to hold a subsequent meeting in January, also devoted to testimony regarding the proposed field. It is unclear when a vote regarding a ban might occur.