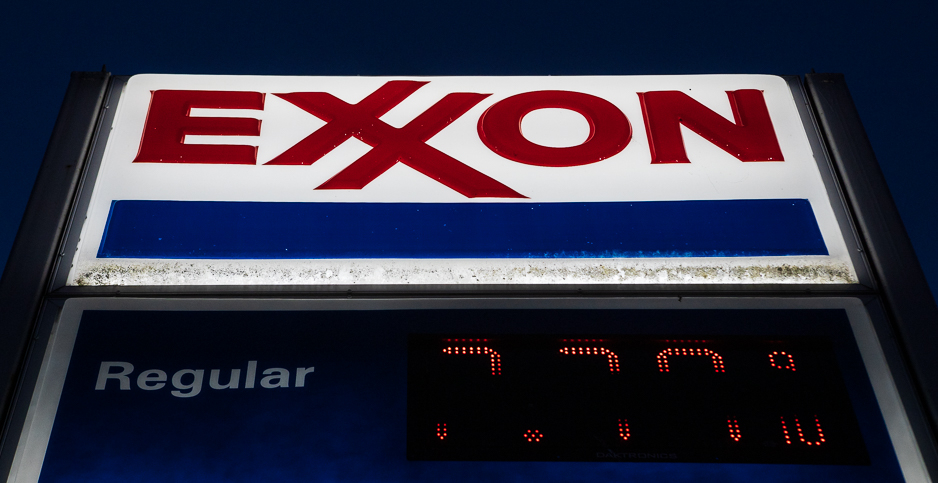 An Exxon Mobil Corp. lobbyist said the company uses the same tactics it employed on climate change regulations to block action on plastics and so-called forever chemicals, according to a secretly recorded video released yesterday by an environmental group.

The lobbyist, Keith McCoy, said in the video that Exxon has used trade associations to push back against regulation of per- and polyfluoroalkyl substances (PFAS), a group of toxic chemicals that are used in firefighting foams, lubricants and other products.

In the video, McCoy said Exxon used trade associations to lobby on PFAS issues because if members of Congress "start talking about how this is an Exxon Mobil chemical and Exxon Mobil is poisoning our waterways, the debate is pretty much over."

Exxon Mobil said yesterday in response to the second secretly-recorded video of McCoy in as many days that it doesn’t manufacture any PFAS.

The company has also tried to slow-walk any action on plastic pollution by citing economic impacts, as well as its research on recycling and other technology. It’s the same playbook the oil industry has used to slow down action on greenhouse gases, according to the video from Unearthed, which describes itself as a journalistic organization affiliated with Greenpeace.

Exxon said the latest clips from the interview misrepresent the company’s position.

"This is an example of the many misstatements and false characterizations made in the recorded interviews," Exxon spokesman Casey Norton said in an emailed statement. "We condemn the statements. They in no way represent the company’s position on the issue."

McCoy apparently took part in a video chat in May after staffers at Unearthed posed as headhunters. Most news organizations, including E&E News, prohibit their reporters from lying while asking for and conducting interviews.

A spokesman for Greenpeace said Unearthed staffers only use deceptive tactics "where they have a suspicion backed up by evidence, clear public interest and where they believe the information cannot reasonably be obtained by other means," according to an email.

Exxon has apologized for McCoy’s comments on trade associations and carbon taxes, while saying they were being taken out of context.

McCoy said earlier this week that he was "deeply embarrassed" by his comments in a post on LinkedIn. His profile still lists him as Exxon’s senior director of federal relations.

While it doesn’t manufacture any PFAS, Exxon said it uses them in firefighting foams at its refineries and to manufacture an industrial lubricant.

McCoy also misstated the regulatory action on PFAS. EPA is working on regulations under the Safe Drinking Water Act targeting the two most well-studied of the chemicals, PFOA and PFOS, in drinking water.

Several bills cracking down on the chemicals are also working their way through Congress, including the "PFAS Action Act," H.R. 2467, which was advanced out of the House Energy and Commerce Committee last week (E&E Daily, June 24).

Exxon and other oil companies have viewed plastics as a source of long-term profits as the world shifts to cleaner forms of energy.

Under Chief Executive Officer Darren Woods, the company has invested billions of dollars to expand chemical plants on the U.S. Gulf Coast that manufacture polyethylene and other plastics (Energywire, Aug. 5, 2019).

The consequences of Unearthed’s reporting continued to reverberate in Congress yesterday.

"That they have access to influential members of Congress, who then take these conversations that they have with corporate lobbyists and then try to package them as bipartisan or objective — it’s shameful, it’s shameful. And I think that it brings a lot of shame to our work as public servants," she told the United Kingdom’s Channel 4, which first reported the videos.

Manchin’s office did not respond to requests for comment about McCoy’s claims.

Rep. Katie Porter (D-Calif.), who chairs the House Natural Resources Subcommittee on Oversight and Investigations, previously asked Woods and other fossil fuel executives to testify at a hearing on the oil and gas industry’s potential abuses of taxpayers dollars, without success (E&E Daily, May 7).

She promised to keep up her fight in the wake of the new revelations.

"My top priority … is to ask the questions Americans want answers to, like how the oil and gas industry spent the billions they got in taxpayer-funded COVID relief," said Porter in a statement. "I’ll keep digging and demanding answers — regardless of Exxon’s desire to dodge accountability — because the American people deserve to know how their money was spent."