NextEra says it will slash carbon with giant spending plan 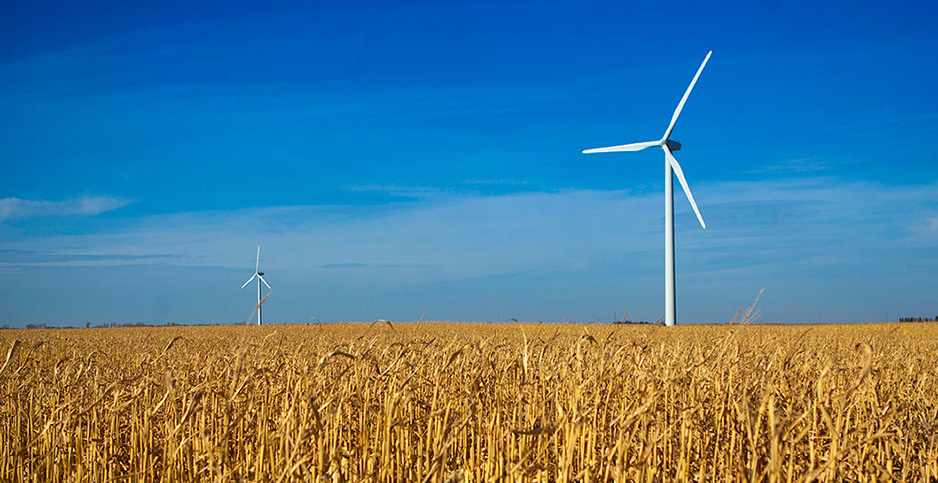 NextEra Energy Inc. said yesterday it will cut its carbon emissions rate by more than 65 percent within the next three years.

The announcement falls in line with other electric companies that recently have vowed to reduce carbon emissions from their fleet either by hitting a target number or closing coal-fired power plants.

The Florida-based company already has a large renewable energy arm and a regulated electric utility that uses mostly natural gas.

"We’re one of the cleanest energy companies in America, and the world’s largest generator of renewable energy from the wind and sun," Jim Robo, NextEra Energy’s CEO, said in a statement.

A NextEra spokeswoman acknowledged receiving a request from E&E News for more details, but the company did not respond by deadline.

NextEra’s new carbon reduction goal likely is tied to a robust spending plan. The company’s growth plan includes $40 billion of capital deployment from 2017 through the end of the decade, according to a presentation at the 2018 Barclays CEO Energy-Power Conference earlier this week.

"The more green you get, essentially the more [capital expenditures] you have to spend," said Paul Patterson, a utility analyst with Glenrock Associates LLC. "What’s the motivation? You have to spend."

That is especially true in Florida, where NextEra operates the state’s largest regulated electric companies, Florida Power & Light Co. The utility once had little solar to speak of, but now FPL plans to add more than 2,000 megawatts of solar by the end of the decade.

Additional plans include upgrading the grid in a variety of ways. FPL would be allowed to recoup all of those costs from customers, per permission of state utility regulators.

"As long as they have a regulated rate base, as long as it’s done reasonably, they get recovery," Patterson said.

FPL gets roughly 70 percent of its fuel from natural gas and shuttered its last coal-fired plant last year.

NextEra will gain one coal-fired plant when it closes on the deal to buy Gulf Power, based in Florida’s Panhandle. Ketchum did not give specific details but said buying Gulf is a "real opportunity to go in, modernize generation, take cost out," a signal that Plant Crist could be shuttered or converted to run on natural gas.

Outside Florida, NextEra Energy Resources is capitalizing on its already strong U.S. footprint in wind and solar but adding new projects by coupling them with battery storage. Ketchum called wind and solar "by far" the cheapest cost of generation.

"When [customers] make that decision on economics, it’s a no-brainer," he said during the presentation, which was available on the company’s website.

Other electric companies have been announcing robust grid modernization plans coupled with a strategy to cut carbon emissions. Southern’s goal to be low- or no carbon by 2050 includes a focus on natural gas, nuclear and a wide variety of "smart" technologies.

Duke Energy Corp., which filed long-term energy plans with North Carolina regulators this week, plans to shutter its coal-fired power plants in its home state. The utility also did not include nuclear reactors in its long-term outlook.