No joke, Trump admin to hire 5 scientists for climate 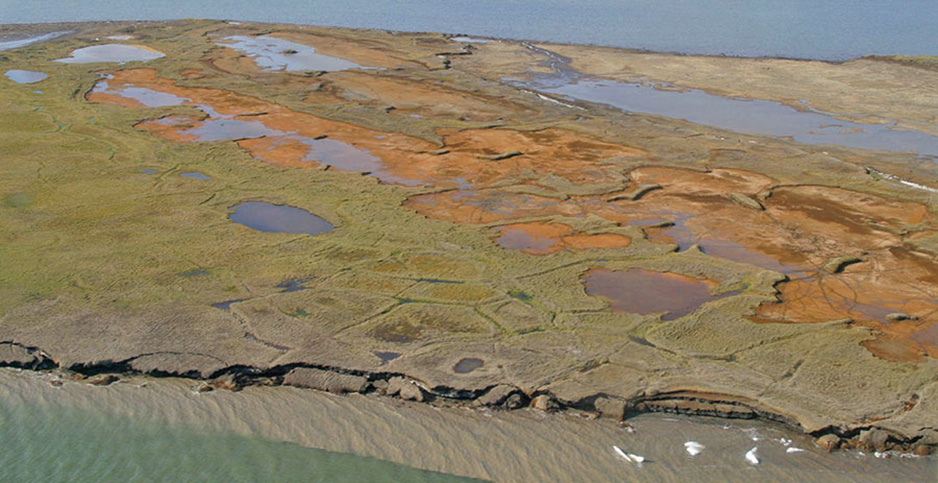 But who wants to work for a Trump administration known for denying or downplaying climate science? And why is it filling the positions?

Sharpen your pencils, applicants. Resumes are due tomorrow.

According to a posting from the U.S. Geological Survey, Interior plans to fill top slots at five of eight regional climate adaptation centers housed at research universities from Hawaii to Massachusetts.

The openings for a "supervisory physical scientist/biologist" are attractive federal civil service jobs. They carry a top-tier GS-15 rank and salary of $127,000 to $164,000 annually. Hires will be made at the Southeast, Northeast, South Central, Northwest and Pacific Islands adaptation centers.

According to at least one university program director who is waiting for USGS to fill a position at her host school, the University of Washington, there’s been no shortage of interest.

"I have to say that I’ve been getting quite a lot of inquiries from folks who want to know what the job is about, but I don’t know how many have applied," said Amy Snover, university director of the Northwest CASC and an affiliate associate professor at UW’s College of the Environment.

Snover will not make the hiring decision. That will be left to USGS, whose director, James Reilly, promised during his Senate confirmation last April to keep politics out of the agency’s scientific work.

The same can’t be said of Interior Secretary Ryan Zinke, the former Montana congressman who has openly challenged climate science. In August, he said California’s devastating wildfires "have nothing to do with climate change," even though studies have demonstrated the link between massive wildfires and California’s warmer, drier climate.

Zinke appointed Steve Howke, a personal friend from Montana, to oversee the screening for funds going to universities, nonprofit organizations and conservation groups.

All CASC work is to help Interior agencies such as the National Park Service, Fish and Wildlife Service, Bureau of Land Management, and Bureau of Indian Affairs understand how climate change is affecting natural and cultural resources, she said.

Snover said most of the prospective applicants she’s spoken to have not cited the Trump administration’s climate policies as an obstacle. "Maybe people already figured out what they think about that before they call me," she said.

Emailed questions to the Interior press office about the CASC vacancies — including why five of eight positions are being filled simultaneously — were not answered by deadline. But a person with knowledge about the program said "there was nothing nefarious" about the departures of the former directors.

Andrew Rosenberg, director of the Center for Science and Democracy at the Union of Concerned Scientists, said: "It’s telling that you have so many vacancies. It means that senior officials have left the program."

And although government-sponsored science remains integral to exploring the causes and effects of climate change, Rosenberg said the Trump administration’s dismissal of human-caused warming has placed many government scientists in an untenable position.

"I think any academic taking on one of these positions would need to think very carefully about whether they could do the work they want to do under this administration," he said. "This is the kind of Faustian bargain that a lot of scientists have to figure out right now."

But Snover, who has overseen the University of Washington’s CASC partnership since 2017, said she is unaware of any scientific work that has been squelched for political reasons. Research done by the Northwest center has included inquiries into the risk and patterns of wildfires in the Pacific Northwest as well as how rising stream temperatures affect fish.

"It’s really obvious to people that the climate is changing, and there’s an urgency to preparing for the changes that are in the pipeline," she said.

Even if CASC’s core goals retain the support of higher-ups, the Trump administration has already tinkered around its edges.

Established by Congress in 2008 as the National Climate Change and Wildlife Science Center, the program was expanded in 2009 to include eight research hubs called "Climate Science Centers." All of the regional centers were established between 2010 and 2012.

But early this year as part of the 2018 budget process, the name was changed to "Climate Adaptation Science Centers."

According to USGS, "the mission of our network did not change. The changes more clearly align the national and regional centers and emphasize the centers’ focus on meeting natural resource adaptation needs."