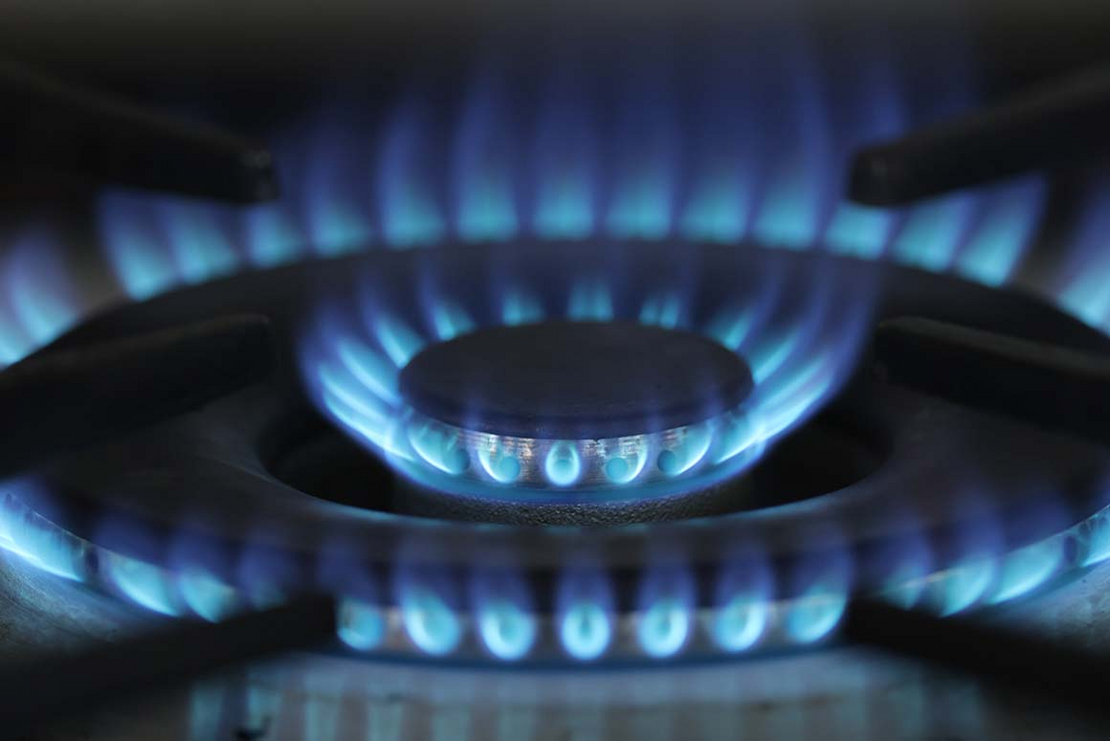 Blue flames from a gas stove are seen in this illustration. Sean Gallup/Getty Images

New York City is poised to become the largest U.S. city to ban the use of fossil fuels for building heat, making it a test bed for national efforts to ditch natural gas.

Due for a vote this afternoon by the City Council, the ban would apply in 2023 to new buildings that are less than seven stories tall and would cover all new construction by 2027. A majority of council members have signed on as co-sponsors of the bill, and Mayor Bill de Blasio is a lead backer, making its passage likely.

If enacted, the bill would effectively anoint electric heat pumps, stoves and water heaters as New York’s next generation of building energy and would place limitations on how utilities can introduce other alternative heating fuels, like hydrogen and biomethane.

"It’s pretty clear that if we’re serious about taking action on climate, the clearest path to do that is to make sure the next generation of buildings are relying on electricity," said Ben Furnas, the city’s sustainability chief.

A gas ban in New York could set a national precedent for other cities, given its size and the complexity of decarbonizing its housing stock. It also could buoy markets for electric heat technologies by helping bring down costs.

A four-group coalition of national and local environmental organizations known as #GasFreeNYC celebrated a deal between City Council members and the mayor to pass the bill last week, calling it "a pioneering victory.” They also thanked the lead sponsor, Council Member Alicka Ampry-Samuel, who will soon join the Biden administration as a regional administrator at the Department of Housing and Urban Development.

Spawned in temperate California, building gas bans are rare on the East Coast. New York City’s cold winters and taste for huge buildings could complicate implementation, given how those factors can reduce the efficiency of electric heat pumps, thereby increasing the cost of building warmth.

Those complications were seized on by opponents, who said the mandates would raise the cost of power bills and discourage new housing, while increasing strain on the electrical grid.

The opposition includes national fossil fuel trade groups like the American Petroleum Institute, which lobbied against the bill, as well as Exxon Mobil Corp., which ran Facebook ads in the New York area encouraging consumers to "voice your support" for gas stoves. The ban also divided the city’s gas utilities and drew criticism from real estate developers, whose representatives predicted it would do little to reduce emissions but would "substantially increase utility bills for New Yorkers."

But the city’s analyses contend that electric systems in new buildings would be roughly competitive with the cost of gas systems in existing ones. That’s because new buildings are better at conserving warmth than older ones, while heat pumps can serve as air conditioners, too.

Several massive residential towers and commercial spaces are already being built with all-electric systems in the city, officials and environmentalists point out.

By the time the ban goes into effect for larger buildings, heat pump technologies will have improved, they argue. One study by the Urban Green Council, a sustainable buildings nonprofit that’s supportive of the ban, found that New York City’s winter peak load was over 40 percent lower than its summer peak, meaning there’s "ample" room to bring electric heat online in the near term.

"We’re really setting the pace here, saying that if it can be done in New York City, it can really be done anywhere," said Furnas.

"We’re big, we’re dense, we’re complicated, we have all four seasons. We’re putting a marker down, saying the next generation of buildings is going to be electric. We want to be a model for the world," he added.

If passed, the ban in New York City could stand as one of the biggest victories to date for the building electrification movement, which emerged in 2019 on the heels of a similar law in Berkeley, Calif.

Dozen of cities in California and elsewhere on the West Coast have since followed with their own restrictions on natural gas in new buildings. Typically, those are meant to encourage electric sources of space and water heat.

Such bans have faced challenges on the East Coast, however. The Boston-area suburb of Brookline tried to enact one in 2019, for instance, but its status remains in doubt after it was rejected by the Massachusetts attorney general as inconsistent with state law.

The vote in New York City comes days after President Biden directed federal agencies to decarbonize their buildings, including by swapping gas equipment for electric kinds — a move that could make electric appliances cheaper for the private sector over time (Energywire, Dec. 13).

New York’s bill contains several exemptions, including affordable housing, manufacturers, laundromats and any "commercial kitchen.” It also would not generally apply to existing buildings, though deep renovations could trigger the bill’s requirements.

All told, it’s likely to cover several thousands of new dwellings and commercial spaces per year. In 2020, over 20,000 housing units in new buildings received permits across New York City, according to the city’s planning department. That was a decline from the prior year, when close to 30,000 new units were permitted.

"We’ve got a bill that covers the overwhelming majority of buildings that are built," said Furnas.

Scaling down emissions from heat, in those new buildings, could help reach city and state climate goals. About 40 percent of New York City’s carbon dioxide is emitted from boilers, furnaces and hot water heaters. Much of the state’s emissions are traced to the New York City area. And the state government’s own climate advisers have recommended a similar statewide ban on fossil fuel heat that would begin in 2024.

Some opponents of the bill have questioned whether swapping fossil fuels for electric heat would really slash emissions, at least in the short term, however.

The Real Estate Board of New York, for instance, noted that several new sources of renewable power, like offshore wind, wouldn’t come online for years, and predicted that the city’s heavy dependence on fossil fuel electricity would lead to an increase in carbon emissions associated with a switch to electric heat.

"While we appreciate that the efficient electrification of buildings is an important component of realizing these goals, these policies must be implemented in a way that ensure that New Yorkers have reliable, affordable, carbon-free electricity to heat, cool and power their homes and businesses," said the group’s president, James Whelan, in a statement to E&E News.

Implementing the city’s ban, meanwhile, would fall to Mayor-elect Eric Adams, who once indicated during a televised election debate that he would not support banning gas in the city’s buildings. Adams enters office on Jan. 1.

The ban would also land in the middle of other fights over natural gas policy.

A moratorium on new gas hookups imposed by the utility National Grid in 2019 over the state’s refusal to permit new pipelines led to a standoff with then-Gov. Andrew Cuomo (D), who demanded that the moratorium be lifted. This fall, an independent review commissioned by state regulators concluded that the New York City area was still facing "considerable" risks of an emergency shortfall in natural gas.

With close to 2 million customers in the New York City area, National Grid is one of the city’s two main gas utilities. It joined opposition to the gas ban bill, saying last month in testimony to the City Council that it had "real concerns" about "increased energy costs for customers,” especially low-income families.

The gas ban proposal "takes viable options to decarbonize off the table at a time when we need more paths to Net Zero, and not fewer," wrote Bryan Grimaldi, National Grid’s vice president of corporate affairs, in the testimony.

That contrasted with the stance taken by Consolidated Edison, which delivers both electricity and gas in the city and called the gas ban "a sensible and necessary step.”

Both companies, however, say they hope to scale up and sell substitutes for natural gas that could run through existing pipelines, like hydrogen.

Despite the official focus on promoting electrification, the bill could eventually allow buildings to derive their heat from hydrogen or other low-carbon fuels like biomethane.

The bill bans the combustion of any substance that releases 25 kilograms of CO2 or more per 1 million British thermal units of energy. Low-carbon fuels might be able to meet that limit.

Phoebe Galt, a spokesperson for Food & Water Watch, said the 25-kilogram limit was meant to discourage utilities from blending small percentages of low-carbon fuels into their natural gas lines, as a tactic for keeping gas infrastructure online.

"We were trying to future-proof that metric," said Galt, whose group was part of the #GasFreeNYC coalition, which helped shape the bill. "We figured with the 25-kilogram number, we’d block out anything we could feasibly see coming down the line."