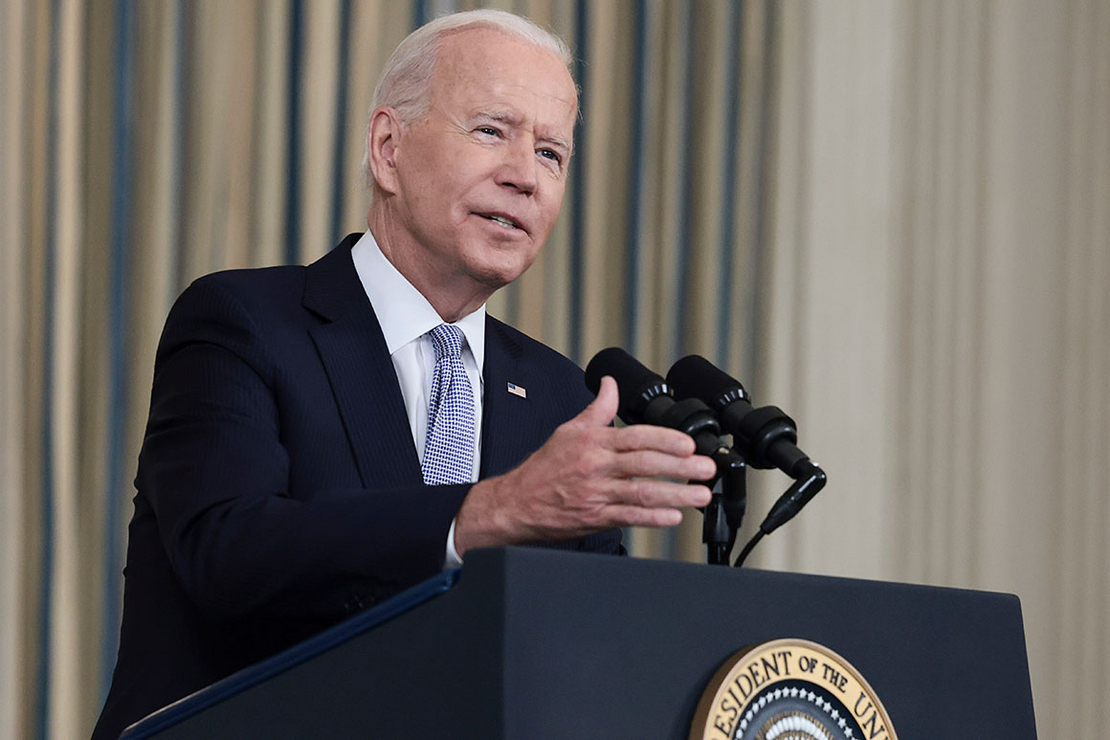 The Biden administration is set to release a major crackdown on oil and gas methane emissions in the coming weeks, but concerns are brewing about how the rule could affect small operators and how much the nation’s leading oil- and gas-producing states may fight the plan.

Small oil and gas operators say the coming methane rules from EPA could have an outsize impact on the low-producing wells that are their lifeblood, and trade groups and companies have filed comments with the agency asking for a carve-out to protect those sites.

They argue that EPA lacks adequate emissions data for low-producing wells, while environmental groups say the so-called stripper wells are a serious emissions problem and need to be regulated.

The forthcoming rules are also expected to be received differently in states like Texas and North Dakota, where efforts to cut methane have largely been voluntary. That contrasts to states like Colorado and New Mexico, where Gov. Michelle Lujan Grisham (D) has tasked state agencies to craft what would be the tightest methane controls in the nation.

While lawsuits over the regulations are all but inevitable, some industry officials also say that the context of the debate has changed. They are advocating for specific protections that will give parts of the industry breathing room, instead of denying that climate change is happening or that there is a need to address it.

“I don’t hear anyone making those comments anymore,” Jason Modglin, president of the Texas Alliance of Energy Producers, said in an interview.

Methane, the primary component of natural gas, has more than 80 times the warming power of carbon dioxide over a 20-year time span, and EPA’s closely anticipated plan will cover new and existing oil and gas infrastructure. The draft rules — which are under review at the White House — would strengthen federal methane regulations issued in 2016 that apply only to wells, processing plants and other facilities that were built or modified after 2015 (Climatewire, Sept. 8). The first-of-a-kind proposal for older sources would apply to most U.S. oil and gas infrastructure (Greenwire, Sept. 20).

The pending regulations for those older sites are aimed at the roughly 900,000 existing wells in the U.S. that have largely avoided federal methane oversight. The biggest change for owners of those pre-2015 wells is that they would likely be required to do periodic leak inspections and repair any problems.

Many of the largest producers support the idea. The Oil and Gas Climate Initiative, which represents several of the supermajor producers, including Exxon Mobil Corp., Chevron Corp. and BP PLC, has said its members are already cutting down on leaks from their own operations (Energywire, Oct. 20, 2020).

And earlier this month, OGCI’s members committed to achieving net-zero emissions “from operations under their control,” or Scope 1 and Scope 2 emissions.

Still, the Environmental Defense Fund, which has paid for a series of analyses at oil and gas wells in the Permian Basin, said the sprawling oil field continues to be a major source of methane despite the industry’s efforts to cut down on emissions.

The group’s most recent aerial surveys in August detected 900 plumes coming from more than 500 sources. Of those, at least 50 were large leaks of more than a ton per hour.

And about 10 percent of the overall sources involved small, low-producing wells, even though emissions from those wells are often assumed to be too small to detect from an aircraft.

EDF has previously said that about 10 percent of the flares used to burn natural gas in the oil field are either unlit or malfunctioning, leaking raw gas into the atmosphere (Energywire, May 1, 2020).

“We know that flaring and marginal wells are huge pieces of the methane problem,” EDF senior scientist David Lyon said in a statement last week.

Those marginal wells have been a thorny problem. Many of them are operated by small businesses, and they’ve argued to state regulators that new regulations would make the wells uneconomical (Energywire, March 2, 2020).

Nationwide, there are 770,000 wells that produce less than 15 barrels a day — the definition of a stripper well — and they’re spread among about 15,000 companies.

Just complying with some of the planning and paperwork for EPA’s regulations could cost the industry up to $600 million, according to research by the National Stripper Well Association.

That’s not much for major oil producers like Exxon or Chevron, which routinely spend hundreds of millions of dollars on capital projects. But small operators don’t have the staff or economies of scale, said Charles Venditti, who works for Countrymark Energy Resources LLC, an independent producer in Evansville, Ind.

“They’ve already made the investment — they’ve owned the cameras and the drones [for monitoring methane emissions] and they’ve already trained their people,” he said of the larger competitors.

The Independent Petroleum Association of America (IPAA) said in comments to EPA that the agency is overestimating emissions from low-producing wells, noting, “Regulations designed for large high production wells do not function appropriately for low production wells.”

IPAA, which represents independent oil and natural gas producers, said EPA’s information on low-production wells is “inadequate to develop regulations.” The group said the agency should wait for the completion of a Department of Energy project that’s measuring methane emissions at low-producing well sites across multiple basins.

At the same time, some producers argue that the industry should be more proactive about its emissions. Jonah Energy LLC, a gas producer in Wyoming, agreed to monitor the methane released by its operations and work to reduce it, as part of the United Nations’ Oil and Gas Methane Partnership.

The decision helps secure the company’s "social license" to operate, and it ensures that Jonah can sell to customers looking for low-impact natural gas, said Paul Ulrich, the company’s vice president of government relations. Last year, a French utility company turned down a cargo of natural gas because of concerns about emissions associated with the fuel’s production (Energywire, Nov. 4, 2020).

“Staying ahead of the swings of politics and regulations puts us in a position where we don’t have to respond with a significant amount of unexpected capital to meet new regulations,” Ulrich said.

Still, the debate over small producers is carrying over to the state level.

“It doesn’t stop there, as marginal wells provide a significant nation-wide domestic economic contribution,” Cody Bannister, a spokesperson for the Oklahoma Petroleum Alliance, said in an email.

“A one-size-fits-all rule that applies to all types of well is not appropriate or reasonable, is an inefficient use of manpower and funds, and it detracts focus away from high-emission sources where the highest environmental benefits could be obtained.”

“To those within the DC Beltway, regulation of low production wells may not be of much concern,” Longanecker said in a statement to E&E News. “To the mom and pop/small businesses across the country, excessive regulation of low production wells could unnecessarily sound the death knell for many businesses that fuel the country’s economy. EPA should wait on the data from the DOE.”

There are sharp differences among states in their approach to methane oversight.

In 2014, Colorado became the first state to regulate methane, issuing rules that require operators to test for leaks at wellheads and storage tanks and to fix any problems within set time periods (Energywire, Feb. 24, 2014).

In 2020, Colorado regulators passed a rule that banned most gas flaring and venting and implemented strict “setback” requirements for drilling near homes and schools (Energywire, Nov. 24, 2020).

In a letter last week to EPA Administrator Michael Regan, Colorado Democrats called on the agency to “swiftly adopt protective” methane standards for the industry.

“Solutions for stopping methane leaks during oil and gas production are cost-effective and can be deployed immediately, often at financial gain to the operator who can market the captured gas,” said the letter, signed by Sens. Michael Bennet and John Hickenlooper, as well as Reps. Diana DeGette, Jason Crow, Joe Neguse and Ed Perlmutter, all Democrats.

The lawmakers said multiple provisions should be incorporated into the new EPA rules, including an end to routine flaring and actions to stop “improperly abandoned or orphaned wells and set closure standards.”

In New Mexico, the state Oil Conservation Division has already enacted rules that limit routine gas flaring and require companies to capture 98 percent of the methane they produce.

The state Environment Department has proposed a companion package of rules that would require companies to do periodic leak inspections. A hearing on those rules got underway last week.

There will be a “first-mover advantage” for states with robust methane regulations in place, as well as for the producers operating within them, according to Jon Goldstein, senior director of regulatory and legislative affairs at the Environmental Defense Fund.

“I think there’s going to be a steeper hill for folks on the Texas side of the Permian, for instance, than there will be for New Mexico producers when it comes to compliance with the federal rules that are coming,” Goldstein said.