Once allies, NEI and utility gird for trial 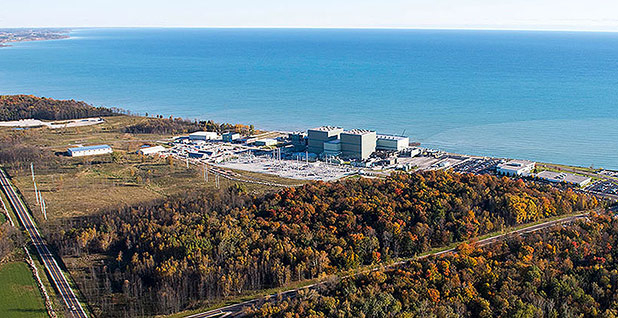 Legal jockeying is continuing between Florida-based NextEra Energy Inc. and the top nuclear industry trade group as the two parties gear up for a potential October trial in a lawsuit that has turned the former allies into fierce opponents.

Both NextEra and the Nuclear Energy Institute have asked a federal judge in Florida for a summary judgment in their favor, and they could also end up settling. But if neither occurs, the two sides will find themselves arguing their cases in front of a jury come Oct. 1.

The lawsuit is over access to the Personnel Access Data System (PADS), a database operated by NEI that helps nuclear operators screen potential plant employees.

When NextEra, which operates nuclear plants in Iowa, Wisconsin and New Hampshire, decided to discontinue its membership at NEI in January as a result of growing policy disagreements, the trade group pulled access to PADS.

NEI says that the contract governing PADS access doesn’t allow non-NEI members to use the database. NextEra says access was cut as a retaliatory measure.

A bevy of new filings published yesterday revealed that NextEra deposed several NEI officials last month, and that both sides have begun trying to limit the evidence the other can bring in court, while also asking U.S. District Court Judge Donald Middlebrooks for the Southern District of Florida to rule in their favor and avoid a trial.

NextEra said that during her deposition, Phyllis Rich, NEI’s executive vice president and chief financial officer, "did not have answers to even the most basic questions concerning the PADS Agreement, such as who prepared the original drafts or why the parties used certain terms."

NextEra said NEI should therefore be barred from providing further testimony about the drafting or interpretation of the agreement.

For its part, NEI argued that information about its financial condition — and recent actions taken to "manage" its finances — should not be allowed to be entered as evidence.

NextEra’s suit revealed that it paid around $3 million annually in membership fees, which alone made up about 5 percent of NEI’s income, according to the trade group’s tax forms.

Combined with the subsequent withdrawal of Entergy Corp. from NEI, the group could be facing a serious financial dent as it tries to navigate a challenging economic landscape for its members.

In addition to updating their legal arguments, the documents filed yesterday shed new light on various stages of the dispute between NEI and NextEra.

NextEra said in its initial complaint that it had decided to leave NEI because of the trade group’s "vigorous" advocacy for what it called "irrational and unreasonable policies that would distort electric energy markets."

Specifically, NEI has pushed for federal government action that would provide out-of-market payments to coal and nuclear plants.

But according to Rich’s deposition, NextEra’s issues with NEI’s work were not new this year. There were "membership concerns relative to policy decisions" that date back as far as 2016, Rich said.

A filing from NEI also suggested that NextEra’s decision to sue the trade group was "instant." When NEI President Maria Korsnick sent a letter to NextEra informing it that its withdrawal from the group would mean it would lose access to PADS, the NextEra CEO decided to sue "within 15 minutes," NEI said.

Pleas to the judge

A key plank of NextEra’s argument is that the language in the contract governing its use of PADS does not require it to be an NEI member.

"NEI’s termination of NextEra’s access to PADS violated the fundamental purpose of establishing PADS in the first place, which was to provide access to this critical information to all nuclear facility licensees, regardless of whether they belong to the nuclear industry trade association," NextEra wrote in its request for summary judgment.

The company also pointed out that removing its access led to a "loss of efficiency" and caused financial burden for other users of the system. It quoted an internal NEI memo that says excluding NextEra and Entergy from the agreement could mean increases of hundreds of thousands of dollars for other nuclear plants due during refueling outages.

And NextEra noted that more than four months after the lawsuit began, NEI distributed a new amendment to the PADS agreement that explicitly states entities that are not NEI members have no right to use the database.

NEI’s argument pointed to what it said is "crystal clear language" in the agreement over PADS that states only NEI members can participate.

NEI’s filing also highlighted the uniqueness of the situation, saying that the departures of NextEra and Entergy were the first time that nuclear licensees would not be NEI members. That fact led to internal deliberation about the ramifications of NextEra’s decision before the ultimate decision — which took the form of an unanimous vote by the NEI executive committee — to pull the company’s PADS access.