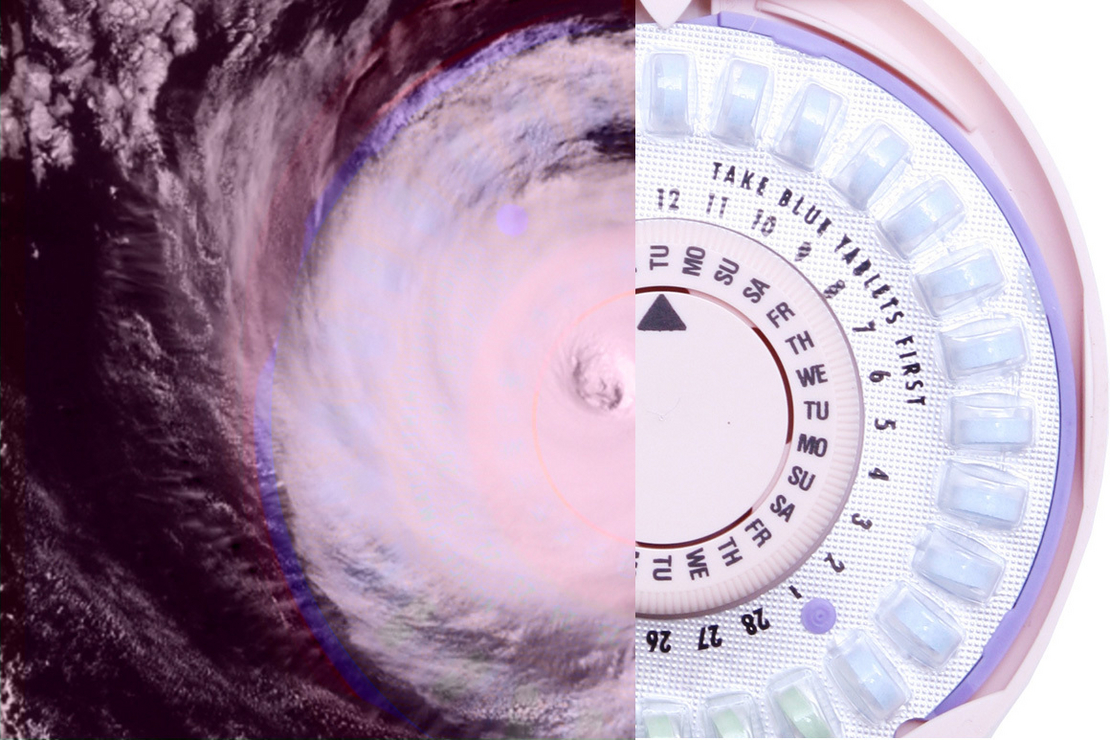 Patricia Kissinger remembers her “fast and furious” evacuation before Hurricane Katrina. She also remembers a multiday stay at a hurricane shelter where it became clear that emergency managers hadn’t anticipated every need of the evacuees, many of whom were not able to return home for months.

“Even tampons and pads weren’t available,” Kissinger said. “You could forget about birth control — reproductive health was just not a priority at all.”

As a professor at Tulane University who studies hurricanes’ disruption to health care, Kissinger fears not much has changed since that 2005 storm — a fact that could bring stark consequences this hurricane season as many Gulf Coast residents readjust to life in a post Roe v. Wade world.

With abortion access either severely limited or outright banned in many hurricane-prone jurisdictions, reproductive health experts say ensuring access to birth control and contraceptives — even during extreme weather events — is more important than ever.

“When you put a double whammy of being in a state that is soon to completely disallow abortions, that already provides very few services to single and teen mothers and you are also in a hurricane-prone area, it’s a recipe for disaster,” Kissinger said. “If someone gets pregnant during a storm in Louisiana because they couldn’t access their birth control, they would have to travel to Illinois for an abortion or raise a child they didn’t want.”

Many unplanned or unwanted pregnancies occur during lapses in contraception use, and hurricanes can create such lapses, according to research conducted by Kissinger and others.

When Hurricane Katrina hit, Kissinger was already conducting a study about vaginal douching prevention at two family planning clinics in New Orleans. Six months after the storm, her team pivoted to look at how the evacuation had affected the overall reproductive health of the women in the study. She found that since evacuating, 86 percent of the 55 women in the study had lived in three or more places, and 40 percent had not used birth control. Prior to the storm, only 11 percent of the women had not used birth control. Nearly a third of the women reported having trouble accessing birth control following the hurricane, and two women reported unplanned pregnancies as the result.

Another study following Hurricane Ike in 2008 found that of 975 women using contraception before the hurricane, some 13 percent reported difficulty in obtaining it after the storm.

Ophra Leyser-Whalen, a professor at the University of Texas, El Paso, who authored that study, said increasing access to contraception is more important now than ever this hurricane season because people facing unplanned pregnancies would be less able to access abortions to terminate them.

“People continue to have sex during and after storms, they are going to continue behaving in normal human ways, but they won’t have access to abortion,” she said, adding that though her study specifically looked at women’s access to contraceptives, people of all gender identities could be affected by storms limiting birth control access.

Leyser-Whalen noted that storms would likely be less disruptive to people using long-lasting forms of contraception like intrauterine devices, also known as IUDs.

Her study found that Hurricane Ike was most disruptive to people relying on the Depo-Provera shot for birth control, because it must be administered every three months.

“If a hurricane hits and you’re evacuating, you’re not thinking about making or rescheduling that appointment,” she said.

‘The quiet part out loud’

Leyser-Whalen also found that people using birth control pills could find themselves without contraceptives if they either didn’t have time to refill their prescription before evacuating or didn’t bring enough pills with them to shelters.

The scenario of people running out of birth control pills during storms was front and center as reproductive health advocates lobbied the Louisiana Legislature this summer to pass a bill ensuring that Medicaid would cover a six-month supply of birth control.

“One of our talking points was that hurricane season is coming and when people are evacuating for disasters, being able to have an extended supply of your birth control can be really critical because it can be so difficult to get your prescription filled in another state or location,” said Michelle Erenberg, executive director of Lift Louisiana, which advocates for abortion and reproductive health care.

Erenberg says access to birth control this hurricane season and avoiding unplanned pregnancies is “more important than ever” given that the state is currently trying to ban abortion. But that’s not something she told legislators while lobbying for the birth control access bill, saying she didn’t want to alienate any conservatives who might oppose abortion but still see a need for contraceptives.

To satisfy conservatives, the final version of the bill that passed the Legislature included an amendment clarifying that the legislation did not extend to drugs or medications that cause abortion.

“Sometimes, we just can’t say the quiet part out loud,” Erenberg said. “If we are advocating this in the context of abortion access, it might make it easier for people to oppose it when they otherwise might seem unreasonable for opposing access to contraception.”

Indeed, despite data showing that 99 percent of sexually experienced U.S. women between the ages of 15 and 49 have used at least one contraceptive method, access to birth control can be a partisan issue. When the House of Representatives last month passed legislation to codify access to contraception nationwide, it did so despite nearly unanimous opposition from Republicans. The bill, which saw just eight Republicans support it, is unlikely to get a vote in the Senate.

Erenberg noted that hurricane shelters in Louisiana sometimes are stocked with medications, and even prescription drugs, used to treat diabetes and heart conditions, but never birth control. She also highlighted how the state’s messaging around hurricane preparedness does not include information about reproductive health.

While Louisiana’s Hurricane Preparedness Guide reminds residents to pack go bags with “prescriptions, including eyeglasses,” there is no mention of contraceptives.

By contrast, the natural disaster preparedness website from Washington state’s Department of Health includes an entire page about disasters’ ability to “increase your risk of sexually transmitted infections and unintended pregnancy.” It recommends that go bags include at least three months of a person’s regular birth control supplies, condoms to protect from sexually transmitted infections and emergency contraception pills. It also reminds people relying on long-term birth control options to be mindful of when their IUDs are meant to be replaced and when they have their next birth control shots scheduled so that they can “be prepared to use a back-up method like condoms.”

Alessandra Jerolleman, a professor of emergency management at Jacksonville State University, agreed that access to birth control is “not a question that is typically asked” by emergency planners. But, she said, shelters often lack a wide range of things that people may need when they evacuate their homes.

“Emergency management has an understanding that it’s important to meet the needs individuals have but can have a problem with resources and an unwillingness to think beyond basics like food and water,” she said.

Oftentimes, when shelters are stocked with specialty items, it is because they have partnered with outside groups working to take care of vulnerable populations, Jerolleman said. She has visited shelters where community advocates have supplied baby formula to evacuation sites that otherwise would not have any. She has also seen LGBTQ groups partner with shelters to make sure that gay and trans evacuees feel comfortable and are able to access government services even if their gender identity or chosen name is not reflected on all of their legal documents.

“What you typically don’t see is direct access to something like prescriptions,” she said. “Some shelters might help set up transportation to a pharmacy or telemedicine appointments to get prescriptions refilled, but you aren’t going to see a pharmacy set up in a shelter because there are a lot of legal challenges with that.”

E&E News asked emergency management and health departments in all Gulf Coast states what types of medications they make available in state-run shelters, and how access to birth control is considered during disasters. Many didn’t respond, but those that did confirmed that birth control is not available at hurricane shelters.

Mississippi Emergency Management Agency spokesperson Malary White said her department’s message to the public before hurricanes is “First 72 is on You,” meaning Mississippians are encouraged to ensure they have enough food, water and prescription medications to last three days following a storm.

The majority of hurricane shelters there, she said, are run at the local level, but the state Department of Health does run a shelter for those with special medical needs, such as those who require day-to-day assistance and care or with physical or mental disabilities.

Marnie Villanueva, press secretary at the Florida Division of Emergency Management, said hurricane shelters there are managed by counties, and the availability of prescription medications within each shelter could vary.

But, she noted state law allows residents to refill prescriptions for a 30-day supply of medications if they live in a county that is under a hurricane warning, is in a state of emergency due to a hurricane, or has activated its emergency operations center. That refill law would also apply to birth control, she said.

She has studied state-level policies that affect contraception, including so-called emergency refill laws that allow pharmacists to refill prescriptions in special circumstances, including natural disasters, without approval from a patient’s provider.

Those laws apply to medications that a pharmacist believes are “necessary to maintain the patient’s health,” Berndt said, which means not all drugs are covered by the laws, and individual pharmacists get to decide which ones are.

Cases of such denials went viral on social media in the wake of the Supreme Court overturning Roe v. Wade, and Berndt said there is no reason to expect such moral objections would stop during or after a hurricane.

“The fact that contraception is a necessary part of reproductive health has always been treated as just a disagreement with religious views,” she said, “And every inequity in the world gets exacerbated and worse during and after a disaster.”