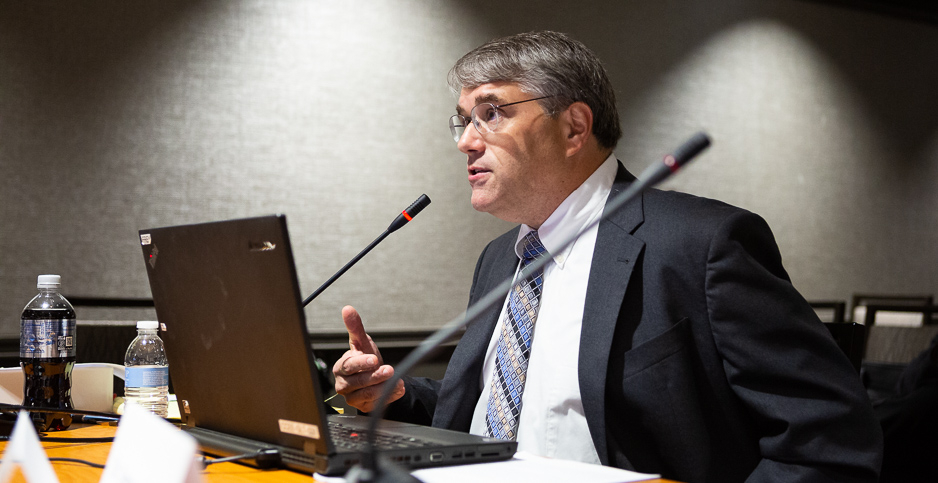 Though agency leaders may not pay heed to their findings, the panel members are optimistic that federal judges will listen.

Along the same lines, the panel is "provisionally" looking at a recommendation that the 24-hour standard be cut from 35 micrograms per cubic meter of air to a range between 25 and 30, Frey said.

Both recommendations would be in keeping with a draft EPA assessment released last month, which found the current standards may be too weak to prevent thousands of premature deaths each year (E&E News PM, Sept. 5). Like Frey, a professor of environmental engineering at North Carolina State University, the group’s other 19 members were all part of an official EPA advisory panel disbanded last fall by then-acting Administrator Andrew Wheeler. They have since regrouped with logistical help from the Union of Concerned Scientists, a research and advocacy group critical of Trump administration policies (Greenwire, Oct. 10).

With a public teleconference planned for this Friday, the panel hopes to incorporate its final suggestions into a letter before an official EPA body known as the Clean Air Scientific Advisory Committee meets next week, Frey said. As he and other panel members acknowledged, the ultimate target audience is not EPA’s political leadership but the U.S. Court of Appeals for the District of Columbia Circuit, which would hear any lawsuit challenging the agency’s final decision on the standards.

"I think the courts have shown that they do care about the science," Frey said Friday. "We are writing our letter keeping in mind that this will become part of the public record in judicial review and the courts may have the last say."

Under the Clean Air Act, particulate matter, sometimes referred to as soot, is among a half-dozen pollutants for which EPA is supposed to periodically review and, if needed, revise ambient air quality standards for to adequately protect public health.

Fine particulates are technically known as PM2.5 because they are no more than 2.5 microns in diameter, or one-thirtieth the width of a human hair. They are linked to an array of heart and lung ailments. Recent epidemiologic studies "consistently report positive associations between long-term PM2.5 exposures and a wide range of health outcomes," EPA staff reported in the draft policy assessment released last month. Those include premature deaths, lung cancer and nervous system effects, the assessment said.

But the current review is playing out under a truncated timetable imposed by former EPA Administrator Scott Pruitt and since endorsed by Wheeler, who won Senate confirmation earlier this year to serve as Pruitt’s successor.

Instead of concluding in 2022, as previously scheduled, the review is now supposed to wrap up by late next year. While Wheeler has described his decision to disband the review panel as a streamlining move, critics see it as one in a series of moves intended to skew the outcome. Tony Cox, the current chairman of the seven-member Clean Air Scientific Advisory Committee (CASAC), is a consultant who has previously worked for energy and chemical industry trade groups.

While Cox has said he is committed to an impartial assessment of the particulate matter standards, he delivered a blistering critique earlier this year of a preliminary EPA roundup of the latest scientific research, which cited evidence that the existing limits are inadequate (Greenwire, March 8).

The CASAC is now set to discuss the draft policy assessment during an Oct. 22 teleconference, followed by face-to-face public meetings Oct. 24 and 25 near EPA’s offices in Research Triangle Park, N.C.

At the same time as he disbanded the particulate matter review panel last fall, Wheeler scrapped plans to create a separate body to aid in a similar fast-track assessment of EPA’s ground-level ozone standards, which were last tightened in 2015.

As of now, the Union of Concerned Scientists hasn’t decided whether to organize a similar parallel panel for that assessment, a top staffer said last week.

"We’re certainly monitoring that process," Gretchen Goldman, research director for the group’s Center for Science and Democracy, said in an interview. "We’ll see how we can ensure that is also informed by independent science."

In a related development, EPA has dropped plans for a separate "peer review panel" to meet next Monday to discuss a study titled "Potential Approaches for Characterizing Benefits at Low PM2.5 Concentrations" (Greenwire, Sept. 3).

That study, which was supposed to be released about three weeks ago, is still "undergoing internal review," according to a notice on an EPA website. "As a result, the planned peer review panel meeting will be delayed. EPA will provide updates via this website as soon as they are available."