Pebble mine developer does away with Washington lobbyists 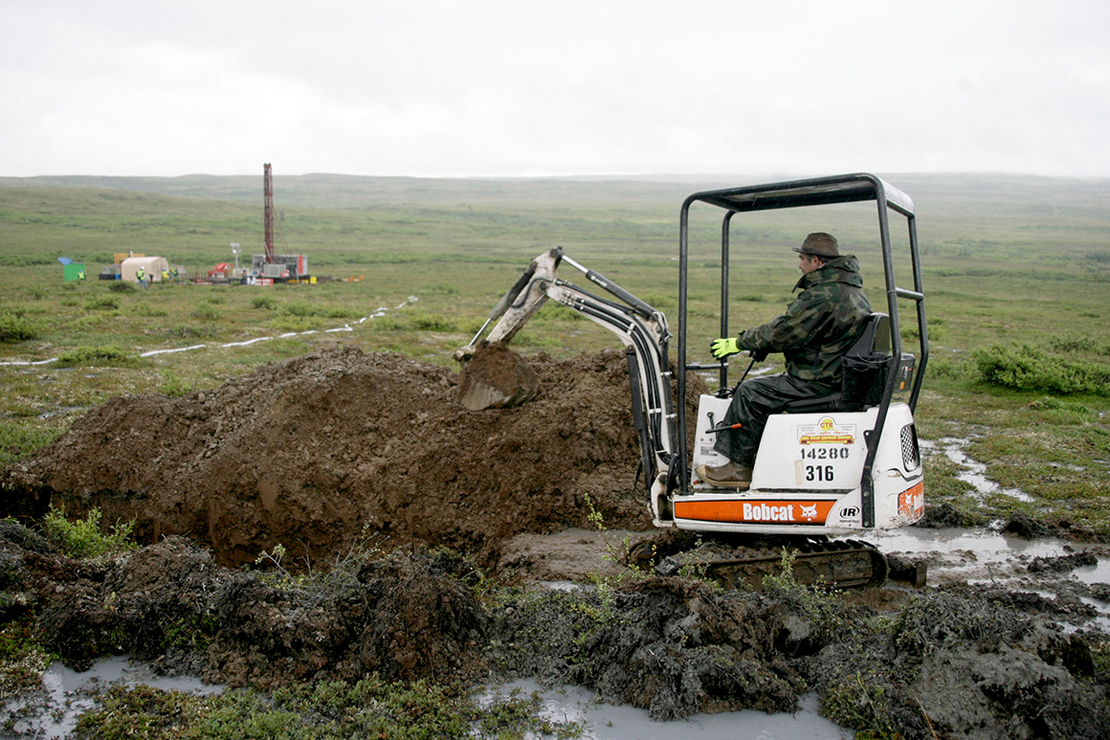 Work on the Pebble mine project near the Alaska village of Iliamna in 2007. Al Grillo/File/Associated Press

The company behind the proposed Pebble mine in Alaska has been saying goodbye — for now — to its lobbyists in Washington.

Pebble LP once had a large team of lobbyists fighting to guarantee development of an enormous copper and gold development near southwest Alaska’s Bristol Bay, home to the nation’s strongest salmon fishery.

That was before the company lost a key fight during the Trump administration, when the Army Corps of Engineers in 2020 rejected Pebble’s application to build the mine. And the Biden administration has since restarted a Clean Water Act veto process that could prevent any large-scale mining near Bristol Bay (Greenwire, Sept. 9, 2021).

Pebble didn’t lobby Congress or agencies on any issues during the last six months of last year and spent no money on federal lobbying efforts during that period, according to disclosures filed last week by firms the company had retained.

Pebble’s sole in-house lobbyist, Peter Robertson, left the company in August, according to his LinkedIn profile. Robertson, who now works at the firm Squire Patton Boggs, did not respond to a request for comment.

The company was, until recently, spending much more on lobbying — with $360,000 in the third quarter of 2020 and $460,000 during the fourth quarter — Pebble said in required filings with Congress.

Pebble’s exodus from K Street “makes sense,” said Tim Bristol, director of SalmonState, a nonprofit that advocates for protecting Alaskan fisheries and opposes the project. He said Pebble’s defeat under the Trump administration has left the company with few options to maneuver.

“All they really have left is, hopefully, they can pull off some legal tricks. I think that’s about it,” Bristol told E&E News. “Maybe they just realized that the political winds are totally in their face on this one.”

Pebble last week said it had filed a formal request to appeal the Army Corps’ record of decision. Beyond the appeal, “legal options [are] also being considered,” Pebble said in a Jan. 19 presentation to investors.

As Pebble fought skepticism of the mine from many lawmakers, regulators and some Alaska Native tribes, the company became a Washington lobbying juggernaut.

It reported spending more than $1.5 million on lobbying in both 2019 and 2020. It had previously hired major firms, including Akin Gump Strauss Hauer & Feld; Squire Patton Boggs; Gavel Resources; and BGR.

As of the fourth quarter of last year, Akin Gump, Gavel and Squire Patton Boggs were all on retainer for Pebble, but reported no lobbying.

The last time Pebble spent money on federal lobbying was in the second quarter of 2021, when Robertson, the in-house lobbyist, reported expenditures of $15,000 on “All legislative and regulatory matters affecting the proposed Pebble Project in Alaska.”