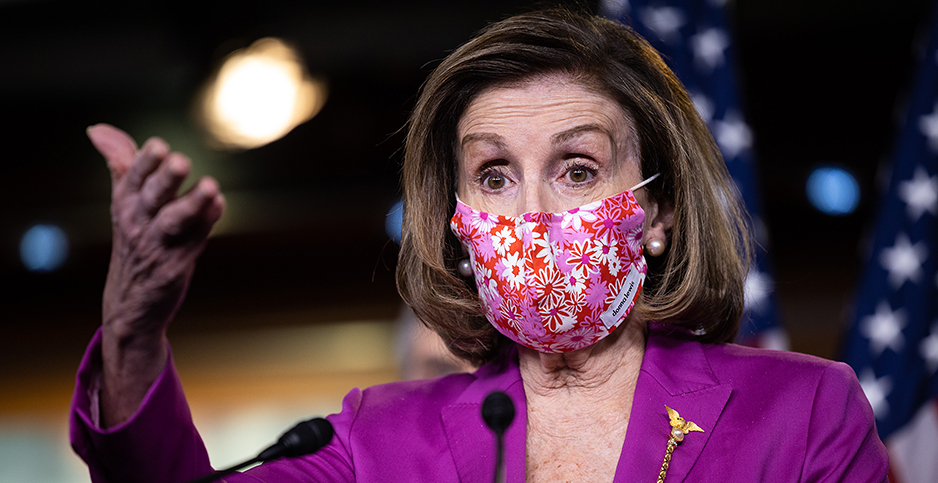 Speaker Nancy Pelosi (D-Calif.) says she hopes both parties will be able to come together in the coming months to pass a bipartisan infrastructure package.

"Building roads and bridges and water supply systems and the rest has always been bipartisan, always been bipartisan, except when they oppose it with a Democratic president, as they did under President Obama, and we had to shrink the package," Pelosi said yesterday on ABC’s "This Week With George Stephanopoulos." "But, nonetheless, hopefully, we will have bipartisanship."

Pelosi said she had instructed House committee chairs to begin working with their Republican counterparts on an infrastructure plan that can win backing from both sides of the aisle.

She outlined several requests, including new investments in water systems and mass transit, and said the goal was to "promote good growth, creating good-paying jobs as we protect our planet."

Although the speaker didn’t offer a deadline, top lawmakers have said they’re aiming for passage by the end of September when the current surface transportation authorization expires.

While calling for legislation that is fiscally sound, Pelosi did not offer a specific option for financing the package that could cost into the trillions of dollars.

Instead, she said, several pay-fors are on the table, including new tax revenue or user fees, federal bond programs and funding in the annual appropriations bills. Pelosi stressed the legislation would create jobs that would generate tax revenue.

Republicans have said they are open to working with Democrats on the package but have expressed concerns over its potential price tag.

The full Senate never took up that bill, in part because leaders could not agree on pay-fors. Also, the House approved its highway bill in a $1.5 trillion package that was trashed by Republicans. It contained numerous climate and clean energy provisions (E&E Daily, July 2, 2020).

Barrasso, also appearing on ABC yesterday, said he told Transportation Secretary Pete Buttigieg the Senate bill should be a "model" for this year’s push.

However, Barrasso said his side worries that House Democrats will try to again rewrite it and turn it into a version of the Green New Deal.

House and Senate committees have already begun working on text and have been holding hearings in anticipation of the infrastructure push.

House Energy and Commerce Committee Democrats last week introduced the "Leading Infrastructure for Tomorrow’s (LIFT) America Act," which has nearly $70 billion for clean energy and efficiency, including $3.5 billion for the electric grid and more than $40 billion for electric car infrastructure (E&E Daily, March 12).

Senate Environment and Public Works Committee leaders have set a Friday deadline for senators to offer project and policy proposals for the surface transportation bill that they want to mark up in May.