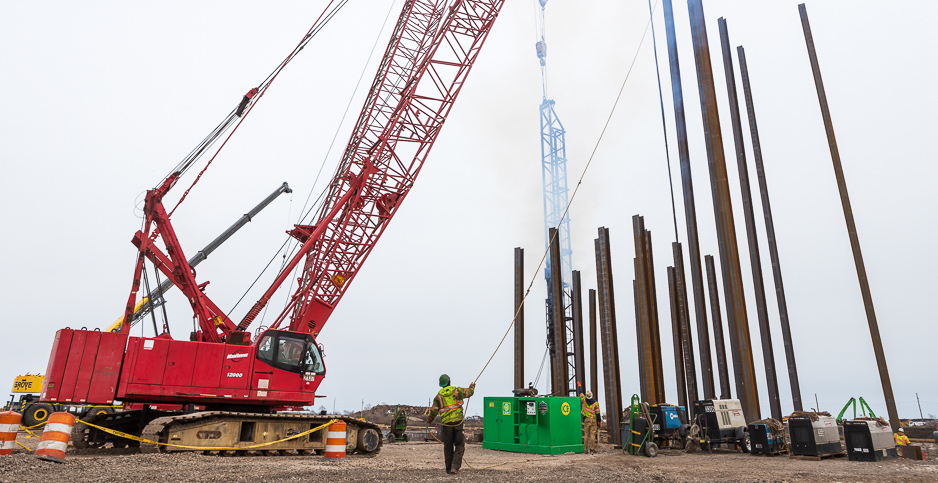 One of the biggest offshore wind developers in the United States will delay a Maryland project by a year due to an unexpected holdup at the Interior Department, the company said this week.

Ørsted A/S informed state regulators Tuesday that completion of its 120-megawatt offshore wind farm Skipjack, planned for 19 miles from the Delaware-Maryland border, is now slated for the end of 2023 instead of 2022.

The filing does not offer a reason for the delay, but the company said in a statement that it had adjusted its target because it appeared the Bureau of Ocean Energy Management would start the National Environmental Policy Act review process "later than originally anticipated."

BOEM spokesman Stephen Boutwell said the bureau continued to review the Skipjack construction and operation plan, which precedes the bureau’s notice of intent to start the NEPA process.

"At this time, we don’t have an anticipated date for completing this review," Boutwell said, noting that BOEM will have two years to complete the NEPA review once initiated, in accordance with streamlining guidelines set down by a 2017 executive order.

The bureau’s leadership has recently projected confidence in juggling the many offshore wind proposals that are stacking up as the burgeoning industry seeks to put steel in U.S. waters.

BOEM’s fiscal 2021 budget proposal requested additional funding for its renewables shop to keep pace with demands from industry and to "streamline" permitting.

Despite the bureau’s employees working from home during the coronavirus pandemic, BOEM renewables chief Jim Bennett said the agency remains on track to hit its project targets for offshore wind this year.

"We don’t anticipate any schedule slips just yet," he said during a teleconference Tuesday (Energywire, April 22).

Skipjack is one of 10 project proposals that Ørsted has planned for the United States. The tide of U.S. offshore wind developments in recent years is driven by expanding state renewable energy goals and leasing in federal waters (Energywire, March 13).

Skipjack is not the only project awaiting federal action. BOEM delayed the first full-scale project anticipated to clear federal permitting, the 800-MW Vineyard Wind project, in 2019. The pause caused the developers behind the joint venture — Avangrid Inc. and Copenhagen Infrastructure Partners — to drop their goal of completing construction by 2022.

Federal regulators said the Vineyard pause was needed to take stock of the cumulative impact of offshore wind, given the rapid pace of the sector’s plans for the northeast Atlantic coast. The delay raised fears that Interior Secretary David Bernhardt was less supportive of the offshore wind industry than his predecessor, former Secretary Ryan Zinke, who had advocated widely on its behalf (Climatewire, Aug. 12, 2019).

Skipjack has already faced regulatory hurdles this year. The company updated its construction plan to include use of 12-MW General Electric Haliade-X turbines, the largest on the market.

Many local residents cried foul, contesting whether the company could update its plans without the state reconsidering the project’s offshore tax benefits (Energywire, Jan. 2).

The Maryland Public Service Commission is scheduled to hold an evidentiary hearing on the larger turbines in June.

In its statement on the Skipjack delay, Ørsted alluded to upcoming public meetings after the novel coronavirus crisis as "opportunities for residents to learn about the immense economic and environmental benefits associated with the Skipjack Wind Farm and this new American industry."

Comment from the Bureau of Ocean Energy Management was mistakenly left out of the original publication of this story. It has been added.