PFAS in pesticides: ‘A problem of epic proportions’ 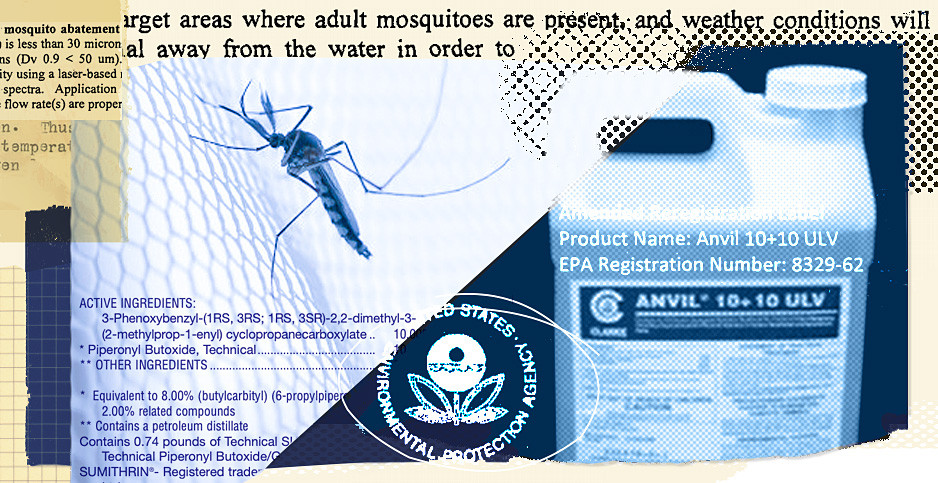 This story was updated March 8.

"Forever chemicals" are present in multiple common pesticides, according to new testing conducted by an environmental watchdog group and released exclusively to E&E News.

The findings, described as "deeply concerning," raise a host of public health concerns — including implications for food safety — and could trigger pressure on EPA to address the issue. The agency has faced repeated scrutiny over pesticides in the past, with the latest findings already adding fuel to the fire.

The testing done by Public Employees for Environmental Responsibility (PEER) found per- and polyfluoroalkyl substances (PFAS) — a class of chemicals tied to a wide range of health concerns, including cancer — in a handful of publicly available herbicides and insecticides.

It is unclear how the PFAS are getting into the pesticides, and whether manufacturers are intentionally adding the chemicals, as opposed to accidental contamination from equipment used to manufacture or transport the pesticides.

The tests found PFAS in mosquito and tick control agent Mavrik Perimeter, made by Zoecon. Initial testing revealed PFAS in at least three other pesticides, although further analysis is required to confirm those results.

The agency — which would not comment on PEER’s newest testing — maintains that PFAS in Anvil 10+10 came from the high-density polyethylene (HDPE) barrels used to transport the pesticides.

The barrel tests found more PFAS compounds than PEER’s December tests found in the actual pesticide, with total levels in different-sized barrels ranging from 20 to 50 parts per billion.

Not all PFAS found in the barrels made their way into the pesticide. For example, the agency detected more than 30 ppb of the compound PFBA in 55-gallon drums, but the chemical was present at only 0.23 ppb in tests of Anvil 10+10.

The presence of PFOA, in particular, is concerning, because the compound was discontinued by manufacturers years ago over concerns about its negative health effects.

EPA says that compound was "created as the result of the fluorination process." Generally speaking, PFOA can also be created when other PFAS break down over time, and PEER has also speculated about whether the compound could be legacy contamination of equipment used in manufacturing the barrels.

The agency did not test the barrels for a second compound — HFPO-DA — which was also found in the pesticides, at levels ranging between 0.26 and 0.5 ppb. HFPO-DA is used in the GenX process.

EPA would not disclose the manufacturer of the barrels in question, but an agency spokesperson said it is "actively working with industry and trade organizations to raise awareness and set clear expectations for product stewardship."

The agency is also testing "different brands of fluorinated containers from a variety of container vendors to determine whether they contain PFAS and learn the conditions affecting leaching."

Meanwhile, an FDA spokesperson said the department is working with EPA to learn "if there are any implications for the safety of foods" from the fluorinated barrels, while stressing that Anvil 10+10 is not approved for use on crops. EPA is also working with the departments of Transportation and Agriculture (E&E News PM, Jan. 15).

Advocates say the agency isn’t doing enough. Kyla Bennett, director of science policy at PEER, says EPA should be more proactive in warning the public about the possibility and implications of PFAS contamination in pesticides.

"We now have five different manufacturers that are selling PFAS-contaminated pesticides," Bennett said, noting PEER’s latest findings. "This is a problem of epic proportions."

Bennett also called EPA’s latest test results "deeply concerning" and expressed concern that PFAS could be in many other pesticides, in addition to possibly coming into contact with food through the HDPE barrels. PEER found 0.28 ppb total PFAS in Mavrik Perimeter.

An EPA spokesperson said the agency "cannot speculate on PEER findings without conducting its own testing and analysis of the data."

In a statement, acting Assistant Administrator for the Office of Chemical Safety and Pollution Prevention Michal Freedhoff said that the agency is still early in its own investigation into Anvil 10+10, and that the findings released to E&E News today show how "the Biden-Harris Administration’s focus on developing and using the best available science will guide our decision-making, strengthen our work with stakeholders, and lead to pragmatic solutions that advance our efforts to address PFAS contamination and protect human health."

Bennett is particularly concerned that EPA is too laser-focused on PFAS coming from barrels. The new tests conducted by PEER revealed different PFAS compounds than were found in the Anvil 10+10 barrels, raising questions about whether the chemicals could be getting into pesticides through other means.

She questioned whether manufacturers are purposely adding the compounds into pesticides as so-called inert ingredients.

If that is true, companies would not have to disclose the chemicals’ presence in their products. Federal law requires that consumers be told only about active ingredients that target unwanted pests. Consumers do not need to be told about the presence of "inert" ingredients — which could be added to help pesticides stick to or penetrate plants, for example — and those are often not listed on product labels even though they can appear in large quantities and be just as toxic as a pesticide’s active ingredients.

Bennett said EPA officials told her some PFAS are used as propellants in pesticides, and the agency’s InertFinder website lists multiple PFAS.

EPA and manufacturers dispute statements that PFAS are used in pesticides, with the agency saying a chemical’s inclusion in the InertFinder does not mean it is actually in a product.

Zoecon did not immediately respond to a request for comment. But producers of the other pesticides in question say they do not use PFAS in their products.

Megan Provost, president of Responsible Industry for a Sound Environment (RISE), which represents nonagricultural pesticide producers, said, "PFAS chemistry is not an active or inert ingredient in any pesticide formulation" made by members in her coalition.

She again blamed the barrel manufacturers, stating that "fluorinated packaging is used for some 20% to 30% of pesticide formulations to increase product and packaging integrity."

"The packaging technology and processes are complex, and EPA is still investigating how PFAS chemistry is being detected in fluorinated high density polyethylene pesticide containers," she said.

Disagreement on how to define PFAS could be to blame for the disparities.

When E&E News asked EPA whether the compounds could be used as inert ingredients such as propellants in pesticides, the agency acknowledged that some groups consider "man-made chemicals with at least one fully fluorinated carbon atom" to be part of the PFAS family. But after repeatedly stating that no PFAS are used as inert ingredients, the agency said currently registered pesticides contain no ingredients that have "structures or properties comparable to prominent PFAS," which would leave wiggle room for other, lesser-known compounds to be present in pesticides.

Advocates say that trust issues remain over such issues and that PEER’s tests underscore the need for public transparency around pesticide ingredients — even though lawsuits seeking to force ingredient disclosure have been unsuccessful for years.

"Over the years, EPA has been consistently behind the curve when it comes to contaminants and ingredients," said Drew Toher, community outreach and policy director at Beyond Pesticides.

Colin Antaya, a legal fellow with the Conservation Law Center, noted that EPA nonetheless has "pretty sweeping powers" to take action on issues like PFAS in pesticides under the Federal Insecticide, Fungicide and Rodenticide Act (FIFRA). EPA could cancel registrations for affected pesticides, he said, or issue a stop-sale. Such efforts could pair with steps the agency has already taken under the Toxic Substances Control Act through a subpoena to learn more about the HDPE barrels containing Anvil 10+10.

As pressure mounts on EPA, states are already seeking to crack down on PFAS in pesticides.

In Maine, lawmakers introduced a bill in February that would bar aerial application of PFAS. That legislation would also require third-party analysis of a pesticide to reach a determination about PFAS content. Bennett of PEER noted that the language relies on PFAS being part of the "formulation" of the pesticide, however, meaning barrel contamination would not be covered.

The New York State Department of Environmental Conservation, meanwhile, said in January that regulators will "take a hard look" at EPA’s data on PFAS in pesticides. DEC has moved to quarantine Anvil 10+10 statewide and is investigating the contamination issue.

This piece has been updated to reflect ongoing testing of one pesticide previously named in the story. Original testing of that pesticide yielded PFAS, but due to concerns about the accuracy of the test, that pesticide is undergoing further analysis.