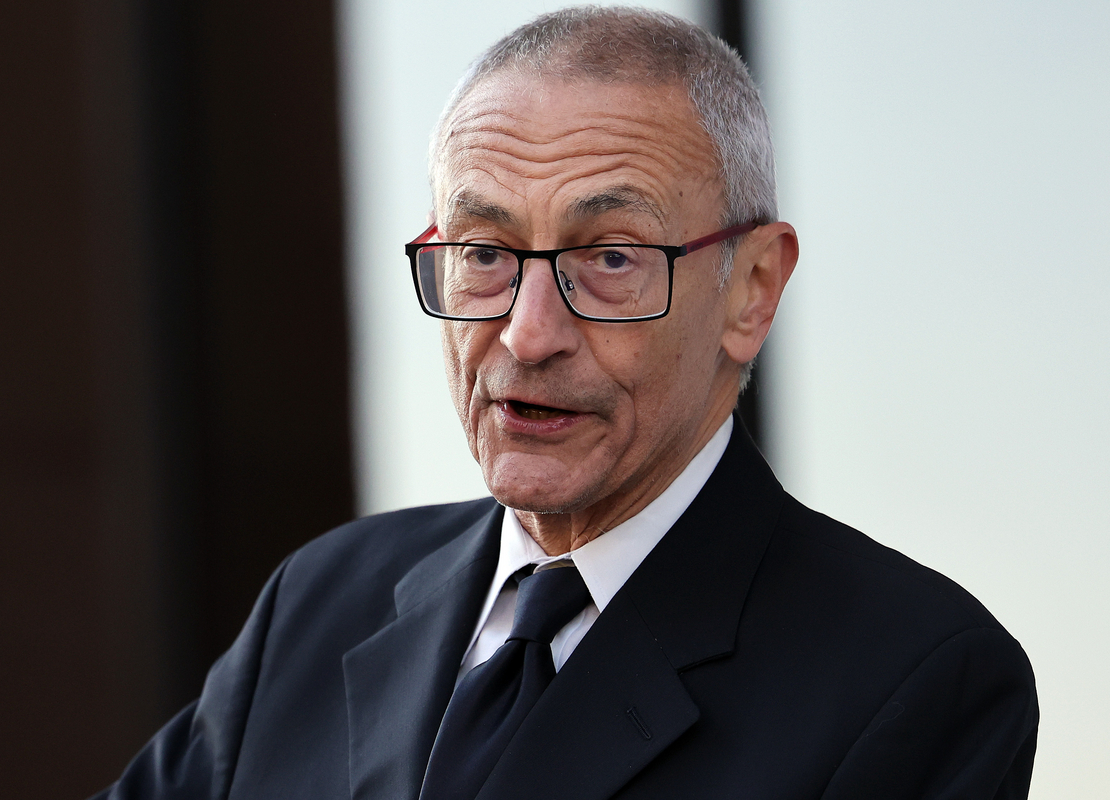 John Podesta didn’t need much time to get his bearings in the White House.

He’s on his third tour at 1600 Pennsylvania Ave. after returning in September to oversee $370 billion in climate and clean energy spending included in the massive climate law enacted last year. Podesta has been a top aide in every Democratic White House in the past three decades; he served as President Bill Clinton’s chief of staff and as a counselor to President Barack Obama.

After his appointment last fall as one of President Joe Biden’s top White House climate officials, Podesta quickly assembled a new team as he huddled with influential political insiders. During his first few weeks on the job, Podesta held meetings with senior European climate officials, former Obama administration officials, prominent CEOs and a billionaire heiress, according to new visitor logs released by the White House.

Those records, which reveal details about White House meetings held last September, offer new insight into Podesta’s early days on the job. They also show who outgoing climate official Gina McCarthy hosted during her final days working at the White House, and they detail which lawmakers, advocates and others scored invitations to Biden’s September party celebrating the passage of the climate law.

Biden welcomed Podesta back to the White House on Sep. 6, ahead of a Cabinet meeting.

“John has graciously accepted the task of helping implement the historic clean energy investments … in the Inflation Reduction Act,” Biden said, referring to the climate law. Podesta’s “experience in the highest levels of government” along with the work done by other White House climate officials “means we’re going to hit the ground running,” the president added.

Podesta met on Sept. 8 and 9 with Kristina Costa, whom he hired that month to serve as his deputy in the implementation office. Costa previously worked with Podesta in the Obama White House and at the Center for American Progress, the think tank Podesta founded.

Also on Sept. 13, Podesta huddled with Christine Harada, executive director of the Federal Permitting Improvement Steering Council and separately with Michael Polsky, founder and CEO of Invenergy, a power generation and energy storage company. Invenergy announced in December that it had secured a lease from the Biden administration for offshore wind development (E&E News PM, Dec. 7, 2022).

Podesta also met with Wendell Weeks, chair and CEO of Corning Inc., in September. Weeks had previously joined Biden in July during a White House roundtable with CEOs to discuss the U.S. economy.

Also on Sept. 22, Podesta hosted Daniel Kanninen, who served as the White House liaison at EPA during the Obama administration. Kanninen, now a partner and CEO at Arc Initiatives, was joined in that meeting by Gwendolyn Sontheim, a billionaire heiress of the Cargill fortune.

Sontheim, a prolific donor to Democrats and an opponent of the Pebble mine project in Alaska, previously met with EPA Administrator Michael Regan in 2021, where she expressed support for “coalitions doing the work to protect Bristol Bay from the threat of the Pebble mine,” Kanninen, who also attended that meeting, told E&E News last year (Greenwire, Feb. 3, 2022).

Jonathan Kreiss-Tomkins, who was then an Alaska state legislator, met with Podesta on Sept. 26, the records show.

A White House spokesperson and most of the meeting participants declined to comment on the details of the conversations detailed in the visitor logs.

The records show more than a dozen environmental and public health advocates meeting with McCarthy during a Sept. 12 gathering in the Old Executive Office Building.

The roster: Margie Alt of the Climate Action Campaign; Carol Andress of the Environmental Defense Fund; Manish Bapna of the Natural Resources Defense Council; Deborah Brown of the American Lung Association; Keya Chatterjee of the U.S. Climate Action Network; Ramón Cruz of the Sierra Club; Abigail Dillen of Earthjustice; Christy Goldfuss (who was then at the Center for American Progress but has since moved to NRDC); Gene Karpinski of the League of Conservation Voters, Johanna Chao Kreilick of the Union of Concerned Scientists; Collin O’Mara of the National Wildlife Federation; Madeline Page of the Climate Action Campaign; Peggy Shepard of We Act for Environmental Justice; Kathleen Welch of Corridor Partners; and Wendy Wendlandt of Environment America.