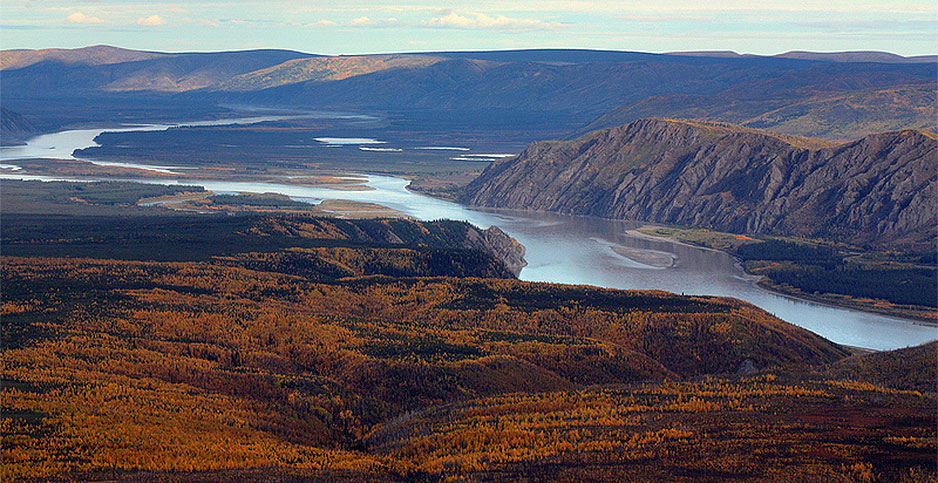 EPA scrapped objections to a massive proposed natural gas pipeline in Alaska two years ago after developers spoke to a high-ranking political appointee, documents obtained under the Freedom of Information Act show.

Office of Water Deputy Assistant Administrator Lee Forsgren, then the top-ranking political appointee in the office, spoke with representatives from the Alaska Gasline Development Corp. (AGDC) just one week before EPA was set to send a letter to the Army Corps of Engineers restating concerns with AGDC’s planned Alaska Stand Alone pipeline project.

EPA had previously expressed concerns that the 733-mile-long, 36-inch-diameter natural gas transmission line, planned to span the state from Prudhoe Bay to an existing pipeline system in south-central Alaska, would irrevocably damage wetlands in the Yukon River Basin.

But after speaking with Forsgren on Sept. 21, 2017, AGDC’s Senior Vice President for Program Management Frank Richards emailed Forsgren, thanking the Trump appointee for "letting us know that there will not be a [second] letter from EPA to the [Army] Corps."

"That is a big relief for us," he wrote.

EPA Region 10 never did send a second letter to the Army Corps.

Instead, the corps issued a permit for the pipeline eight months later, ignoring EPA’s concerns that AGDC hadn’t done enough to minimize impacts to wetlands or to compensate for the destruction the project would cause by preserving or restoring similar nearby wetlands.

Neither Forsgren nor Richards responded to requests for comment.

EPA spokeswoman Molly Block wrote in an email that "EPA’s involvement in the Corps’ permitting process on the Alaska Standalone Pipeline was consistent with applicable requirements under the Clean Water Act and its implementing regulations."

"The agency consistently works with states — as we did with Alaska on this project — and assists the Corps with its permitting process," she wrote.

The incident sheds light on the "elevation" process EPA can draw on to object to the Army Corps’ Clean Water Act permitting process for projects that would damage wetlands or other aquatic resources, like rivers and streams.

The process, and the role Trump administration political appointees play in it, came under new scrutiny this summer when EPA eschewed a decades-old agreement outlining the process in its response to a permit for the controversial Pebble mine planned for Alaska’s Bristol Bay (Greenwire, July 29).

Here’s how the elevation process is supposed to work: When EPA disagrees with the Army Corps’ Clean Water Act permitting process or has concerns about a particular project, it can send two letters, 25 days apart, outlining those objections. Under an agreement between the two agencies crafted in the 1990s, the two letters must contain specific language. The first must describe how a project "may affect" an "Aquatic Resource of National Importance," and the second must describe how the project "will affect" the "Aquatic Resource of National Importance."

A permit will only be elevated, and considered by the headquarters of each agency, if EPA sends both letters.

EPA sent its first letter on the Alaska Stand Alone pipeline on Aug. 29, 2017. It expressed concern that the project would permanently destroy 7,573 acres of wetlands within the Yukon River Basin and urged the Army Corps Alaska District to consider requiring AGDC to take steps to minimize those impacts by elevating parts of the pipeline above ground. EPA also criticized AGDC for proposing to offset only 1% of wetlands destroyed by the pipeline.

"Overall, the EPA believes that such extensive, unmitigated destruction and degradation of wetlands and aquatic resources, particularly in aquatic resources underlain by permafrost, may not comply" with the Clean Water Act, the agency wrote. "Given the importance of the Yukon basin wetlands and water resources for the support of fisheries, wildlife and subsistence, commercial and recreational use by humans, the EPA concludes that these resources are Aquatic Resources of National Importance."

But that phrase apparently alarmed AGDC.

"We have run into a situation where EPA Region 10 has indicated that they believe the Yukon River drainage system (approximately 1/4 of the State) may be an Aquatic Resource of National Importance (ARNI) under the Clean Water Act," Johnson wrote. "AGDC (and I believe the Administration of Governor Walker) strongly disagrees with such a designation."

Dravis forwarded the email to two advisers to then-EPA Administrator Scott Pruitt, who sent it to Forsgren at the Office of Water.

"I would be happy to speak with you regarding the issue," replied Forsgren, who has his own Alaska connections: He worked as a staffer for Alaska Republican Rep. Don Young in the 1990s (Greenwire, May 31, 2018).

In her response, on Sept. 18, 2017, Johnson noted that EPA had just one week to send its second letter, fulfilling the elevation process, and that "AGDC wants to ensure that Region 10 not take any further action until AGDC/State of Alaska have had a chance to explain to you why the ARNI decision is inappropriate and problematic."

She requested both a phone call and in-person meeting about the decision, and sent Forsgren a letter written by AGDC’s Richards explaining that his group — and the state of Alaska — feared labeling the Yukon River as an ARNI would not only slow down permitting for the pipeline but also could bolster environmental groups’ challenges to all kinds of infrastructure permits in the watershed, which stretches 200,000 square miles from the Canadian border to the end of the Yukon Delta at the Bering Sea.

"[T]he State of Alaska is concerned that the ARNI decision will have broad-reaching impacts to all development activities in the Yukon River basin, including the proposed Alaska LNG gas pipeline, and any infrastructure projects, whether they be airports, schools, roads, or water and sewer systems requiring fill to be placed in wetlands," he said. "This could impact public safety, increase costs, and set a terrible precedent that the State of Alaska will have to endure for the foreseeable future."

The letter was also sent to members of Alaska’s congressional delegation, including Forsgren’s old boss.

While Richards acknowledged that the label "is a temporary designation" only applicable to the interagency elevation process between EPA and the Army Corps, he wrote, "The designation could live on and be used by project opponents. The designation only causes confusion, and can be misinterpreted by special interests to oppose projects."

Richards and Forsgren spoke three days later, after which Richards sent Forsgren the email thanking him for agreeing to nix the second letter.

He concluded his email: "[I] hope that you will let Region 10 know your opinion."

Forsgren’s agreement with Richards predated a letter then-Gov. Bill Walker (I) sent Pruitt on Oct. 4, 2017, outlining similar "grave concerns" with the ARNI designation for the Yukon River Basin and arguing that the use of the elevation process would be contrary to the Trump administration’s efforts to streamline permitting.

EPA Region 10’s "recent actions appear to be an attempt to add significant risk or delay to this project," Walker wrote.

Pruitt would ultimately agree with Walker in a December letter, confirming that EPA would not elevate the permit project, though the deadline had passed months earlier.

Forsgren’s correspondence with Richards comes to light as EPA is facing new scrutiny for its use of the "elevation" process on Alaska infrastructure projects.

This summer, EPA General Counsel Matthew Leopold announced the agency would scrap a 2014 proposed veto of the controversial Pebble mine in favor of using the elevation process.

While Leopold called the elevation process a "well-understood" process that would represent a "significant step toward restoring order to this protracted and uncertain process," EPA did not send its second letter before its July deadline.

Instead, EPA sought a 90-day extension from the Army Corps and now must decide whether to send a letter with the "will affect" language by Oct. 24.

Asked about EPA’s departure from regular order for Pebble mine, Block noted that "EPA has been working with the Corps as part of the Corps’ permit review process" and that the agency sent a nearly-200-page comment letter on the environmental review.

She noted that the 90-day extension was granted by the Army Corps.

"At the end of this extension period, EPA will assess and determine next steps," she wrote.