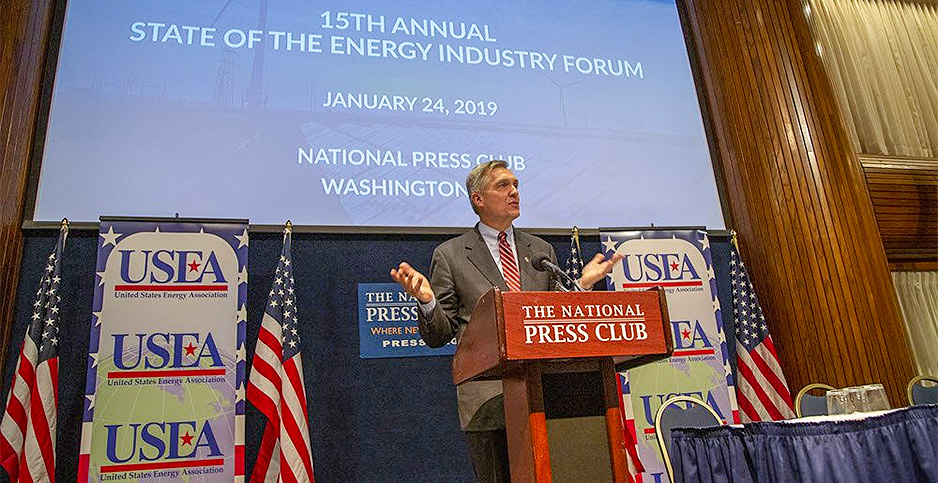 Rick Olesen has seen electricity sales in northern Iowa drop off as major businesses shutter due to the coronavirus.

The president and CEO of Iowa Lakes Electric Cooperative said he has lost revenue from a meat processing plant that closed amid the pandemic, for example.

"That’s added to the level of crisis we’re seeing," he said. "We’re seeing pork producers who are euthanizing their entire herds."

Cooperatives like Olesen’s are taking a steep hit to the tune of $10 billion in revenue as the economic fallout from the novel coronavirus pandemic continues, according to a recent analysis by the National Rural Electric Cooperative Association, which advocates for the industry.

"Cooperatives are built by and owned by the people they serve; they are not for profit," said NRECA CEO Jim Matheson on a press call yesterday. "They have no shareholders and operate on lean margins."

The pandemic has forced businesses to close as cities and states call for people to stay at home, leading to an industrywide drop in electricity demand compounded by millions of out-of-work people struggling to pay their electricity bills.

Electric co-ops are facing a roughly 5% drop in electricity sales, costing them $7.4 billion, based on NRECA estimates. In addition, the amount of money lost from unpaid electricity bills could be as high as $2.6 billion, the group said (Energywire, April 23).

Matheson is urging Congress to include a number of provisions in the next stimulus package to address operational shortfalls for electric co-ops, including a mechanism to fund nonpayment of bills and a way to refinance debt owed to the Department of Agriculture’s Rural Utilities Service (RUS), which helps rural communities with infrastructure challenges.

"Collectively, electric cooperatives hold over $40 billion in RUS Electric Program loans. Many of these older RUS electric loans are set at significantly higher interest rates compared to the current market," Matheson wrote in an April 6 letter to Senate and House leadership.

"A prudent step toward providing electric cooperatives with near-term flexibility is to reprice RUS loans to today’s low rates and do so without pre-payment penalties."

Matheson said he’s had conversations with members and their staff who "understand the concepts we’re trying to look at."

"They are receptive," he said. "Until the bill is written, I can’t tell you it’s a done deal."

Cotton Electric Cooperative is headquartered in Walters, Okla., which has a population of 2,400. The primary industries in the region include oil and gas, agriculture, and some manufacturing. CEO Jennifer Meason said her members are largely connected to these industries, which are sustaining an economic blow. Many members have been laid off or furloughed, she said.

Over the past month, Meason has seen a 10% decrease in kilowatt-hour sales in her top accounts, and her smaller accounts have reduced loads by more than 70%. On April 3, there were fewer than 300 accounts with overdue payments. As of yesterday morning, that number had jumped to 1,471, she said.

Meason also has received 40 requests for service disconnection. "These are accounts we have served for decades," she said on the press call. "We have been forewarned that others may follow."

If the 10% reduction continues, that could mean a $3.2 million revenue decrease, she said.

"I anticipate the revenue decrease will be even greater," Meason said.

Olesen at Iowa Lakes Electric said 65% of his co-op’s electricity sales are to commercial and industrial accounts. And the largest segment of that is for ethanol production, which is used to make animal feed that he said is essential for Iowa agriculture.

"Agriculture drives Iowa’s economy," he said on the press call. "We need a healthy agriculture economy for electric co-ops to be healthy."

Josh Kramer, executive vice president and general manager of the North Dakota Association of Rural Electric Cooperatives, said he worries that people and businesses that sustain his communities aren’t going to be able to "stick it out."

"When a business closes in a small rural town, they don’t typically come back, and there’s no one to replace them," he said. "This is going to affect us for the long haul."